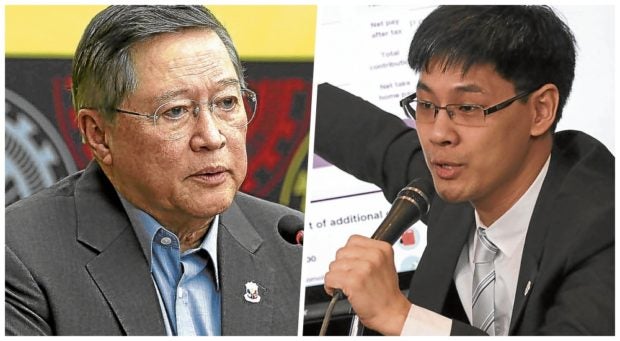 During the Economic Journalists’ Association of the Philippines’ (Ejap) midyear forum, Finance Secretary Carlos Dominguez III said “we might appear to be behind our neighbors for now, but our recovery will be stronger because of our sound fundamentals.”

“After over a year of battling the pandemic, the Philippines continues to maintain its financial balance. Due to the successive tax and structural reforms done since 2016, our fiscal fundamentals remain solid. We did not suffer the kind of fiscal downturn that typically accompanies an economic crisis,” Dominguez said.

“When the crisis hit us, much of the spadework was done. We really did not have to go back to the drawing board in order to plan for the country’s economic recovery,” the Finance chief said, citing the recent passage of the Corporate Recovery and Tax Incentives for Enterprises (CREATE) and Financial Institutions Strategic Transfer (FIST) laws.

He said the country’s vaccination program had been rolling out quite well. “This gives us hope that we can now fully reopen our economy.”

The Philippines slid to its worst post-war recession last year amid the longest and most stringent COVID-19 lockdown in the region.

But if risks were to be balanced with the gradual reopening of the economy, GDP would be back on the growth path starting the second quarter, said Chua, who heads the state planning agency National Economic and Development Authority (Neda).

Think tank Japan Center for Economic Research (JCER) on Tuesday projected the Philippines’ second-quarter GDP to jump 13.8 percent year-on-year given the low base in 2020 caused by the enhanced community quarantine (ECQ), which stopped 75 percent of the economy.

JCER also projected GDP to grow 7.2 percent year-on-year in the third quarter, and by a slower 4.4 percent in the fourth quarter.

On a quarter-on-quarter basis, JCER expects the second-quarter GDP to be 1-percent bigger than the first-quarter output. GDP would further grow by 1.9 percent and 1.1 percent quarter-on-quarter during the third and fourth quarters, it said.

But JCER slashed its 2021 GDP growth forecast for the Philippines to 5.1 percent from 6.6 percent previously. Its updated full-year projection was below the government’s revised 6-7 percent target.

“The main difference between last year’s quarantine and this year is that we did not shut down 75 percent of the economy. In fact, we allowed public transport to operate even during this year’s ECQ [in National Capital Region (NCR) Plus. Despite the ECQ or modified ECQ in the last three months, more people are going to work. In terms of mobility, we are just 25-percent down from the normal period, compared to last year when we were around 50 to 80 percent down. This shows the kind of recovery that we are expecting in the second quarter,” Chua said.

NCR Plus — Metro Manila and its four surrounding provinces which accounted for half of the economy — reverted to stricter lockdowns before March ended up to mid-May due to a surge in COVID-19 cases, no thanks to new and more contagious virus variants.

Chua said the P2-trillion recovery program, which included mass inoculation as well as infrastructure build-up, had to be implemented “as soon as we can.”

He said the programmed infrastructure spending of P1 trillion each for this year and next showed that implementation of big-ticket as well as small-scale projects was “on track.”

Budget Secretary Wendel Avisado told the EJAP forum that the national government’s spending as of end-April, which rose 3.3 percent year-on-year to P1.35 trillion, was primarily boosted by “higher disbursements for infrastructure and equity.”

“Only about P893 billion or 19.8 percent of the P4.51-trillion [2021 spending] program is yet to be obligated by government agencies for the rest of the year. Government spending is also expected to accelerate further given the recent release of allotments amounting to P124.3 billion for the month of May,” Avisado said.