As the COVID-19 pandemic began to take its toll on economies and businesses, the petroleum industry felt more acutely the effects of languishing problems that have been plaguing their operations more deeply than the coronavirus.

Aside from geopolitical shocks that come and go and the cycles of operational margins, which was at an ebb when the plague broke out, there was the deep-seated problem of fuel smuggling.

Thus, the House of Representatives passed in March 2020 a resolution to investigate “the unabated smuggling of petroleum products in Subic and other economic and freeport zones, vis-a-vis the fuel-marking program of the government.”

The fuel-marking program was just barely four months into implementation, having kicked off in September 2019. But the problem cited has been festering at least since the downstream oil industry was deregulated in 1998, and more likely even before that.

In a paper published in 2002 based on data from 1999 to 2001 and on interviews with industry officials, researchers at the Policy Center at the Asian Institute of Management found that ecozones — mainly Subic — as well as private ports — are where fuel smuggling most often occurs.

The fraudulent fuel then reaches retail points, particularly so-called “white stations” — most often brand-less and standalone, or part of a chain with five “branches” at most — at prices P10 to P15 per liter lower than the branded retailers.

This practice of white stations affects legitimate businesses so much that the problem is mentioned in the annual reports of large petroleum companies like Petron Corp., Pilipinas Shell Petroleum Corp. and even independent firm Phoenix Petroleum Philippines Inc. Industry players estimate that white stations account for half of the domestic retail industry. Albay Rep. Jose Salceda, who chairs the House committee on ways and means — which, along with the committee on economic affairs, was directed to conduct an inquiry on smuggling — said the price difference was a telling sign. “If you want to know why some gasoline stations can offer prices P10 lower than the competition, look no further than fuel smuggling,” Salceda said last February. “It’s real and it happens just under our noses.”

Based on data from the Department of Energy (DOE), the difference between pump prices at legitimate stations and at white stations approximates the impact of additional excise and value-added tax imposed on prices of petroleum products under the Tax Reform for Acceleration and Inclusion (Train) Law, which took effect in 2018. 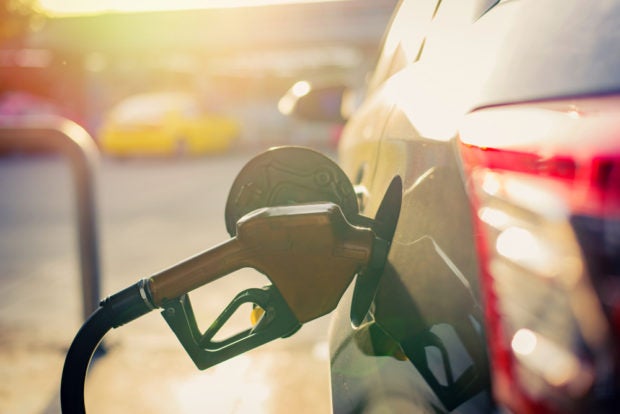 In 2017, based on data from 2001 to 2015, the Center for Research and Communication at the University of Asia and the Pacific noted discrepancies in importation data held by the Philippines government and Philippine-bound exports supplied by other countries and territories.

Most notably, data from the International Trade Center of the United Nations suggest that a large part — estimated at 80 percent in 2015 alone — of contraband fuel volume is transshipped from elsewhere through Taiwan into the Philippines. Indeed, according to the Asian Development Bank, many countries are plagued with fuel supply chain problems such as smuggling, adulteration and dilution of fuels, and outright theft, all of which deprive governments of much needed tax revenues.

In a 2015 paper, The ADB cited the Philippines as a notable example of a country where, because of smuggling, adulterated fuel products abound in the national supply chain. Citing experts on the subject, the multilateral lender said fuel fraud costs the Philippines as much as $750 million yearly in foregone tax revenue.

To address the problem, many governments including that of the Philippines have developed comprehensive fuel-marking programs that use advanced technology molecular markers and sophisticated management systems.
After many years of preparations and trial runs, the Philippines finally went full blast with fuel marking in September 2019.

By April 2021, the program has advanced to the field-testing stage, when samples of stocks at retail outlets are tested for the marker — whether it is present as is proper, diluted or altogether absent. Still, just last month in May, the Bureau of Customs signed a memorandum of agreement with the Bureau of Internal Revenue and the DOE, meant to facilitate information exchange and reconciliation of data related to fuel marking. “Together, we must arrive at an aligned and comprehensive solution to this pervasive problem, which, I believe, begins with reconciling and consolidating the data and reports of the DOE, the BOC, and the BIR,” Energy Secretary Alfonso Cusi said of the MOA.

Customs Commissioner Rey Leonardo B. Guerrero said that under the agreement, a committee shall be created to monitor and report any discrepancies on the information on volumes of imported and exported crude oil, finished petroleum products and bioethanol. With barely two years into the program, industry officials likewise see ample room for improving and strengthening the program. They say that “technical inconsistencies” seem to be preventing full implementation of fuel-marking. They highlight the importance of implementing the program “fairly and properly” across the industry in order to realize its full potential.
In particular, industry insiders observe that no reports have been released specific to smuggling hotspots or areas identified with incidents of illicit activities, such as freeport zones. For improvement of the efforts agains fuel smuggling, they are looking to the recently enacted Corporate Recovery and Tax Incentives for Enterprises (Create) Act, which specifically requires payment of taxes in ecozones.

The ADB said that while fuel-marking systems have been in use since the 1950s, recent developments in marker technologies, coupled with advances in analytical capacity, now provide the technical foundation for extremely accurate and effective fuel-marking programs. “The ultimate effectiveness of a fuel- marking program is realized when it mitigates fuel fraud, resulting in the return of stolen revenues to state coffers,” the ADB said.