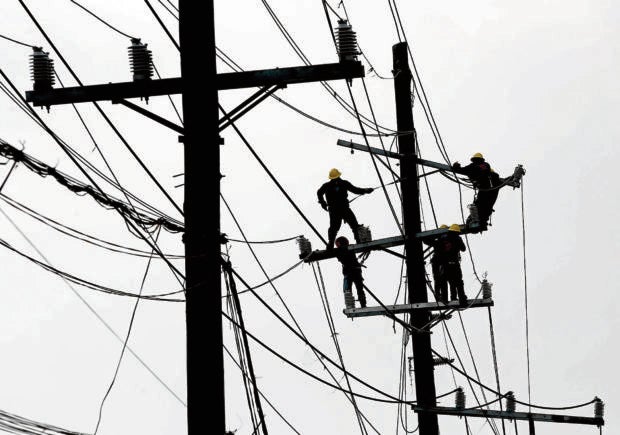 Parts of Luzon were hit by rotating power interruptions on Monday as high temperatures pushed electricity demand too close to available supply, according to the National Grid Corp. of the Philippines (NGCP).

The Pagasa (Philippine Atmospheric, Geophysical and Astronomical Administration) estimated that the temperature on Monday rose to a high of 35 degrees Celsius in Metro Manila at around 2:20 pm. The forecast also pegged the heat index at 40.9 degrees Celsius at the Science Garden in Quezon City. This led to the increase in the electricity use for cooling devices such as air-conditioners.

The NGCP thus for the first time this year declared a “red alert,” covering 1 p.m. to 3 p.m., when available power generation capacity in Luzon was at a total of 11,729 megawatts while demand was estimated to have peaked at 11,514 MW.

This happened less than two months after NGCP called on power industry players as well as policymakers in April to address an “impending power supply shortage in Luzon.”

The Department of Energy (DOE) downplayed the warning, saying that supply and demand projections did not indicate the possibility of a red alert. But Energy Secretary Alfonso Cusi himself told the Senate energy committee that there was indeed a power generating capacity supply shortage.

On Monday, according to the DOE, NGCP implemented a rotational supply interruption or manual load dropping (MLD) — the standard procedure during a red alert — starting at 1:11 pm.

According to NGCP, the red alert status was extended and remained as of 4.30 pm.

Manila Electric Co. — whose business areas cover the National Capital Region and as far as Pampanga in the north and Quezon province in south — said supply in areas affected by power interruptions had all been restored as of 4:06 pm.

On Monday, three large power plants were offline, contributing to the tight supply.