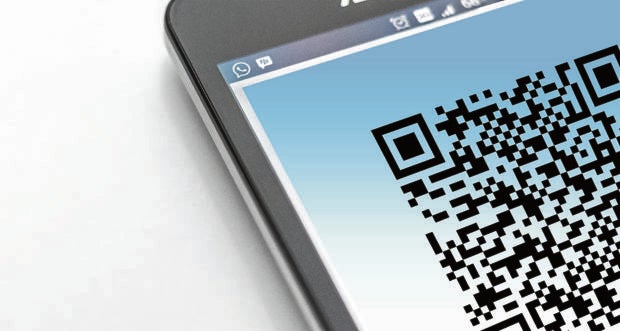 The Philippine economy is changing rapidly, from cash-heavy to cash-light, as more and more Filipinos prefer QR or “quick reaction” codes for paying for purchases or transferring money.

MANILA, Philippines – Filipinos are increasingly using the so-called QR or “quick reaction” codes when paying for purchases and transferring money from one person to another—a sign that the country’s “cash-heavy” economy is well on its way to becoming “cash light.”

Governor Benjamin Diokno of the Bangko Sentral ng Pilipinas cited the latest data showing the rapid adoption of the newly launched unified QR Ph system, which is a major part of the regulator’s digitalization push.

“I am happy to report that the volume and value of QR Ph person-to-person payments in February this year also increased by 22 percent and 26 percent respectively, compared to the figure posted a month earlier,” he said in a speech during the groundbreaking ceremony for the UnionBank Innovation Campus on Wednesday.

Last month, the BSP and the payment services industry launched the QR Ph person-to-merchant digital payment stream, which is anticipated to bring broad and wide-ranging benefits to consumers and businesses alike.

With this system, users will have a convenient and safe alternative to traditional payment methods that use cash and coins.

Since the pandemic started, Diokno said, BSP has seen a steady rise in digital transactions in the country.

“Combined transactions by electronic fund transfer facilities PESONet and InstaPay were higher by 348 percent in volume and 170 percent in value in February 2021 respectively, compared to figures recorded during the same month in 2020,” he added.

Meanwhile, QR Ph is the national standard that leverages the efficiency, safety, and affordability of QR technology. It entails code scanning and benefits consumers with faster, easier and cheaper payment options with greater convenience.

The central bank chief noted that social mobility restrictions amid the ongoing coronavirus pandemic have emerged to be a strong catalyst for the wider use of digital payments in the country.

Bank regulators are pursuing initiatives to improve the level of digitalization in the local economy which, in turn, is expected to raise the degree of financial inclusion among Filipinos.

Diokno’s goal is to raise to 50 percent of total the number of digital transactions in the country by 2023.