The next time you’re about to chide your child—or spouse—for spending too much time playing video games, consider this: he or she could be preparing for a serious career in virtual motorsports.

That’s a big possibility considering that since last year, Toyota Motor Philippines (TMP) has been hosting simulated racing games with top finishers not only relishing the prestige of seeing their names atop the leaderboard but also bringing home cash and other prized gadgets of one of the fastest growing sectors in e-sports. 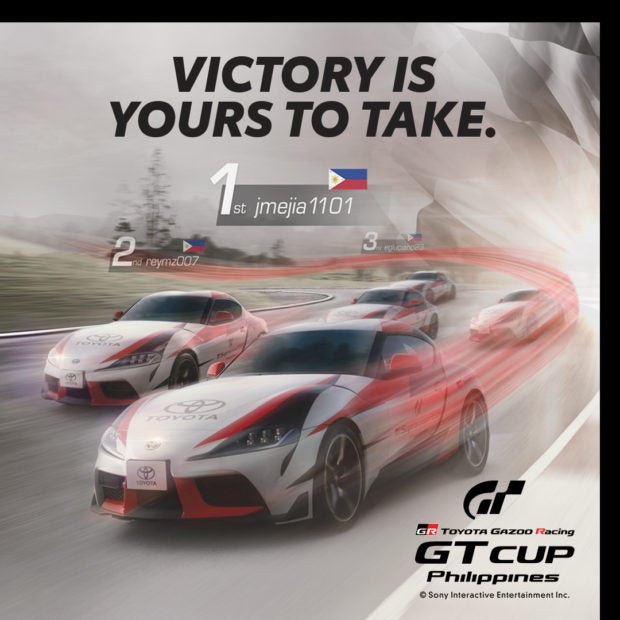 The 2021 TOYOTA GAZOO Racing GT Cup that TMP is hosting this year is a testament to Toyota’s unyielding passion for auto racing. As a decades-old brand with historic ties to auto racing, Toyota has always tried to build its reputation around high quality design, unyielding innovation, and its rich racing heritage. Having raced in all manner of motorsports and subjecting its cars to some of the most extreme conditions, all the successes gained and lessons learned serve as a blueprint for building the next generation of Toyota vehicles.

Likewise, the establishment of TOYOTA GAZOO Racing GT Cup is meant not only to hold tight to Toyota’s racing tradition but to also progressively advance the e-motorsports scene in the country. Once just a hobby chiefly popular among teenagers, e-sports has seen tremendous growth over the years, both in terms of viewership and revenue. Platforms such as Twitch and YouTube further connected players and teams to more fans. Indeed, e-sports is now being taken very seriously—it’s not just a lucrative sport that now everyone aspires to excel in but it has also brought the country much pride and honor.

And as coverage of e-sports expands into traditional media, virtual players are fast becoming well-known celebrities and influencers in their own right.

“It’s TMP’s way of providing a new platform to share the spirit of Waku Doki or that feeling of “heart-pumping excitement” to more Filipinos especially in these trying times where almost everyone is encouraged to stay safe at home. While this year’s TOYOTA GAZOO Racing GT Cup serves as a wonderful venue for emerging Filipino gamers to hone their talent, we will be on the lookout for the next fastest Filipino driver in the virtual world,” said TMP Vice President for Marketing Services, Ms Elijah Marcial.

Indeed, TMP is laying a new path for those who want to pursue a career in this emerging discipline where requirements include a gaming monitor, a steering wheel and pedals, and a whole lot of sweat equity.

The 2021 TOYOTA GAZOO Racing GT Cup should prove that there’s an opportunity for actual and simulated racing to co-exist in this part of the world. 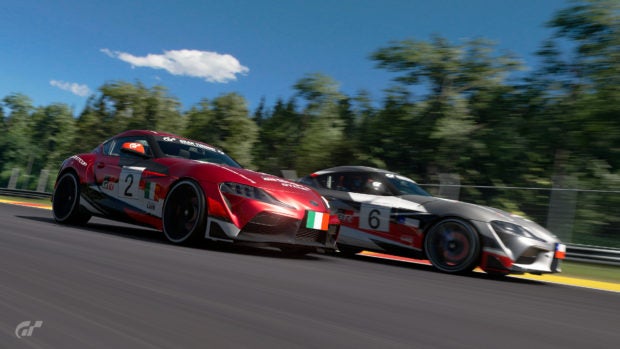 To make this year’s virtual race more enticing for Filipino participants, TMP announced that as much as P1 million worth of prizes will be given away to the top placers. A cash prize plus a brand-new Sony PlayStation 5 await the overall champion of the National Finals while the 2nd and 3rd placers get the chance to bring home a high-powered tablet and the much-loved gaming chair, respectively.

With the 1st leg already concluded—Russel Cabrera (Junior), Jether Miole (Promotional), and returning racer Terrence Lallave (Sporting) leading their respective classes—the rest of the contenders and even new entrants could still make it to the National Finals. This is because in the 2nd leg, streaming live this May 28 (Leaderboard Race) and May 29 (Race heat), scores earned will be multiplied by 1.5. 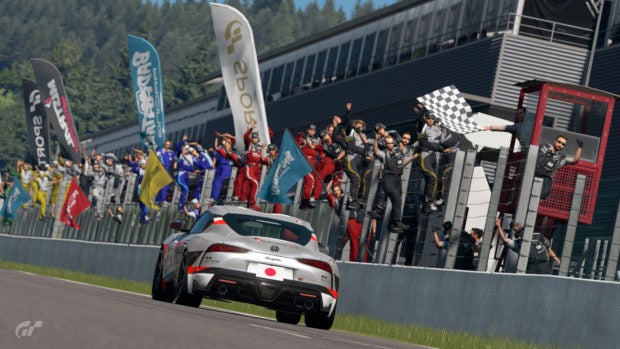 With this 1.5 score multiplier—where the winner earns a maximum 30 points, instead of the usual 20—current race leaders could solidify their position going to the National Finals while those still in contention could suddenly find themselves in better position to take the checkered flag during Round 3 slated on June 18 and 19, followed by the National Finals on June 26.

Interested participants can still register for the second leg by signing-up on the official Toyota GR GT Cup website (toyota.com.ph/gtcup).

Fans and enthusiasts can watch the races on the official Facebook page of Toyota Motor Philippines (https://www.facebook.com/ToyotaMotorPhilippines). To view the full mechanics, visit https://toyota.com.ph/gtcupfor more information and details. Learn more about TOYOTA GAZOO Racing by following TOYOTA GAZOO Racing Philippines on Facebook to get the latest on the GR-Series vehicles.