MANILA, Philippines—The recent presidential directive lowering tariffs on rice imports from non-Asean countries was a cruel joke on rice farmers made right in the middle of Farmers’ Month and the feast day of Saint Isidore, the patron saint of Filipino farmers.

Executive Order No. 135 was issued on May 15, 2021 lowering both the 50 percent out-quota and the 40 percent minimum access volume (MAV) tariffs on rice imports to 35 percent for one year. The adjustment, which was recommended by the National Economic and Development Authority (Neda) Board, was purportedly intended to “diversify the country’s market sources, augment rice supply, maintain prices affordable and reduce pressures on inflation”.

The grounds cited for the tariff adjustment were baseless and deceptive. 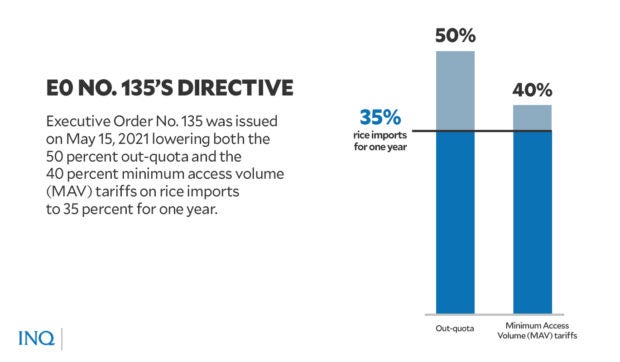 There is no need to diversify foreign sources of rice for Philippine consumers because under the Rice Tariffication law, importers are already free to bring in rice from any country as long as these pass Philippine quarantine regulations.

Aside from Vietnam and other Asean countries, the Philippines has been consistently importing from nine other countries, including India and Pakistan and, more recently, China. 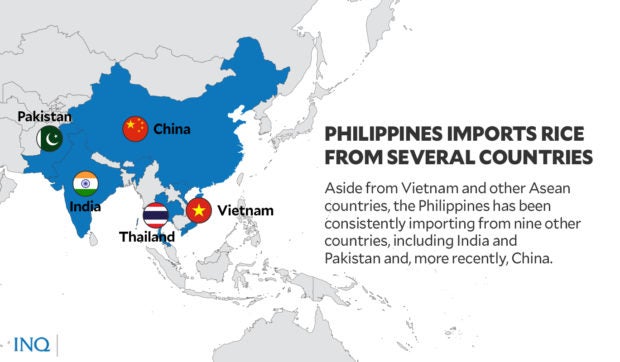 Similarly, there is no urgent need to augment our rice supply. According to the Philippine Statistics Authority (PSA) our rice inventory as of March 1 was 2,080 million tons, or just 4.5 percent lower than 2020. 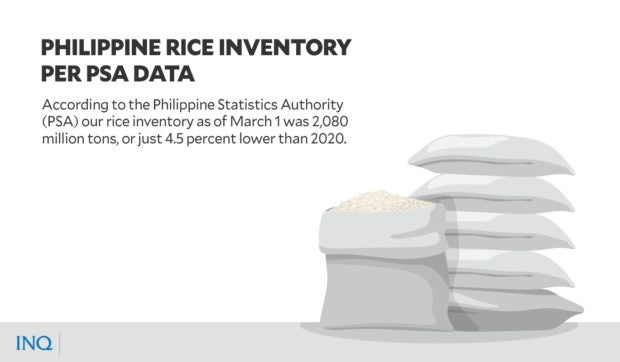 This stock would have already been augmented after the recent dry season harvest. The Department of Agriculture, in turn, repeatedly claimed that we have ample rice supply and has announced plans to increase output by a million tons in 2021.

There has been no significant decline in rice imports with 610,428 tons coming in between January and March 2021, or only 3 percent lower than the volume brought in during the same period in 2020.

Domestic rice prices have remained stable and inflationary pressures have been due to increases in the prices of pork and fish and not rice. The average price of regular-milled rice (RMR) actually went down from P37.89 in 2019 to P36.93 per kilo in 2020.  Similarly, retail prices for well-milled rice went down from P42.73 to P41.67 per kilo. 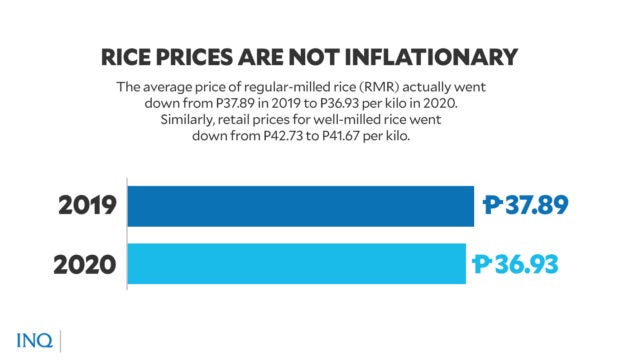 Data from the BOC further indicated that there were no significant differences in import costs between rice from Vietnam and non-Asean countries despite the current differential in tariff rates. In 2020, Vietnam rice with 5 percent broken grains cost an average of P29.75 per kilo compared to P30.29 for a similar grade from India.

It is estimated that importers of rice from India would save an additional P3 per kilo if tariffs are reduced to 35 percent. However, these extra margin could just be pocketed by importers and traders and not passed on to consumers, as what happened during the first two years of the Rice Tariffication law.

In turn, palay prices for farmers could go down by as much as P1.50 per kilo.  Government could also lose around P100 million in customs duties, or more if import volumes from non-Asean countries increase due to the tariff reduction. Funding for the Rice Competitiveness Enhancement Fund (RCEF) and similar support programs for farmers would correspondingly go down.

There are also questions on the propriety of issuing Executive Order No. 135 over the weekend just before the resumption of Congress on May 17. 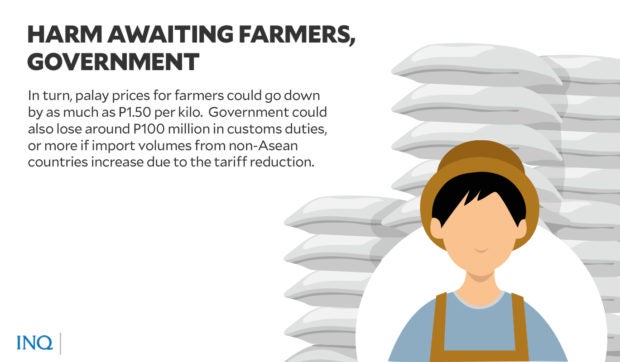 This is another slap on the face of the legislature. The power of the President to adjust tariffs is an authority delegated by Congress to allow the Executive primarily to address urgent problems when Congress is not in session.

In the case of rice, there is no emergency that needs to be addressed. The Executive has in fact deliberately played around with the rules to preempt and subvert congressional action.

(Note: Raul Montemayor is national manager of the Federation of Free Farmers)