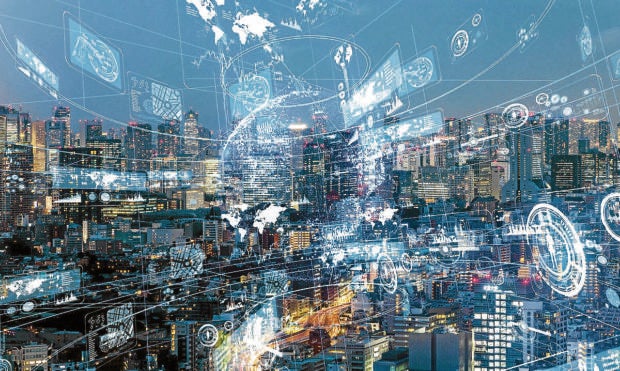 Thanks to technology, smart cities are no longer just a concept or a dream of the future.

Resource constraints led many cities to turn to technology and advanced networks to deal with rapid urbanization and rising population. This is when the IoT became the well-known pioneer of “smart city solutions.” Smart cities are products of the IoT, the latter utilizing connected lights, sensors, meters and other devices in collecting and analyzing city-wide data. These data are then used by city officials in addressing the cities’ public infrastructure, services, utilities, administration and more.

The pandemic has opened our eyes to how the public doesn’t have enough access to real-time data, especially at a critical time when issues and concerns—COVID-19 cases, for instance—can fluctuate extremely fast.

Not smart cities per se, but the pandemic has accelerated the growth of Cities 4.0, which refer to cities leading the use of partnerships, data and smart technology in achieving environmental, social and other goals. Cities 4.0—which include cities of Baltimore, Birmingham, Boston, Los Angeles, New York, Orlando and Philadelphia in the United States—are considered to be predecessors of smart cities, exploring innovations in biometrics, blockchain, IoT, mobile technologies and more.

Apart from data accessibility, integrating smart city technologies such as thermal cameras and AI-assisted IoT sensors is also beneficial in the early detection of infectious diseases. An excellent example of this is how the UAE equipped its police with smart helmets, which come with face recognition features, thermal cameras and license plate readers that can conveniently track and monitor the public.

On average, Filipinos lost 188 hours, equivalent to seven days and 20 hours, due to traffic congestion. Keeping up with the growing demand has been a challenge to existing public transport such as buses, cars and trains, among others.

This is where the power of micro-mobility solutions lies. Micro-mobility refers to short distance transport, typically less than 8 kilometers, and is reflected by the growing supply of bike- and scooter-sharing companies, aimed at redefining the urban landscape. Especially with the threat of COVID-19, micro-mobility solutions are great alternatives—single rider, open air transportation, wherein people have greater control on social distancing, fewer points of shared contact and overall, a better sense of safety.

Aside from moving vehicles, however, we also need to consider the impact of parking on traffic management. Idle vehicles and drivers roaming aimlessly waste energy and contribute to traffic congestion. Using smart technology through ground-embedded sensors can be used to identify both empty and occupied parking slots for easier maneuvering. These IoT sensors can then be integrated into a real-time parking map of the city.

Heightened concern for the environment

Buildings account for 70 percent of the world’s total energy consumption and 30 percent of its greenhouse gas emissions. Integrating smart technologies in our day-to-day life can collectively lower these numbers.

For example, Chicago is upgrading some 270,000 street lights to LED starting this year. Smart street lighting systems as such work by remaining dim when empty, only lighting up when movements are detected. This can greatly reduce energy consumption, which in the case of Chicago, will annually save the city around $10 million.

The City of Santander in Spain took a step ahead with its waste management systems by deploying around 6,000 IoT-connected devices to identify locations and fill levels of the city’s garbage bins. The city also uses GPS tracking to continuously improve its waste collection routes.

It all started on Sept. 16, 2008, when hundreds of people gathered to plant over 400 trees in a real estate property in Laguna, soon to be established as a flagship eco-community named Nuvali. A decade later, Nuvali expanded to 2,290 hectares complete with schools, churches, offices, commercial, recreational and residential spaces. However, the element that truly defined Nuvali is its sustainable approach, which is not only reflected in its masterplan but also in the values of its people.The growing interest of developers going outside the metro is also notable. Provinces such as Bulacan and Pampanga are now eyed to host some of the Philippines’ cities of the future, pioneered by the Clark Green City, where everything can be physically within reach. On the south, the 200-hectare project dubbed as the “Evo City” in Kawit, Cavite, is set to be a state-of-the-art central business district.

We’re not just talking about Luzon, however, as big developers have also shown interest in developing projects as far as Mindanao, which goes to show the country’s openness to hosting smart, livable, more importantly, sustainable smart cities.

On a more personal scale, however, smart cities value citizen participation. They mainly receive data from the citizens. The way these smart cities address the people’s responses gauges the former’s ability to ensure the well-being of the people. In the end, smart cities are anchored on the idea that the citizens create the city, and not the other way around.