Breaking glass ceilings is the goal of many women, especially those who wish to become financially self-reliant in order to support their families, particularly those from the lower income segments of society. But the reality is that life for them is hardly easy. With myriad challenges and hindrances that stand as stumbling blocks to their growth and success such as unconscious gender biases, lack of access to needed seed capital, or even basic entrepreneurial skills and the necessary know-how to properly start and run a thriving business, concrete measures that address these need to be done.

In full recognition of the critical role that women play in society—in economic, social and community development—Coca-Cola set over a decade ago a global commitment to economically empower five million women entrepreneurs by 2020, called the 5by20 initiative.

Here in the Philippines, Coca-Cola originally pledged to empower 100,000 women nationwide. To achieve this, Coca-Cola, together with the Technical Education and Skills Development Authority (TESDA), created the Sari-sari Store Training and Access to Resources (STAR) Program. Through this initiative, the partnership provides business skills and gender sensitivity training, as well as access to key resources and mentoring from peers. 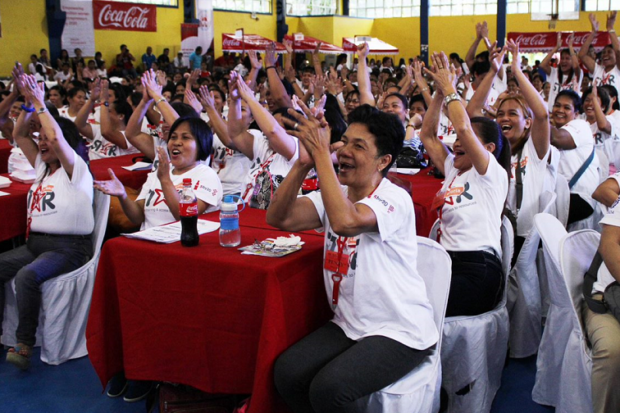 With the multi-sectoral approach amongst the government, the private sector and civil society, more and more women are economically empowered to become active economic drivers in the Philippines.

Coca-Cola believes that real change cannot happen alone. Thus, the STAR program is anchored in a multi-sectoral approach amongst the government, private sector and civil society. This is crucial to make real, impactful, and lasting solutions.

Coca-Cola has forged partnerships with key government entities. Coca-Cola and TESDA together created the 12 training modules of the STAR Program. TESDA also trained and hired the trainers who teach the course to sari-sari store and carinderia owners.

Through community-based organization partners like the Tagum City Council of Women Foundation and the Negros Women for Tomorrow Foundation, they helped scale the reach of the 5by20 STAR program to the Davao and Negros regions, spreading the program nationwide. 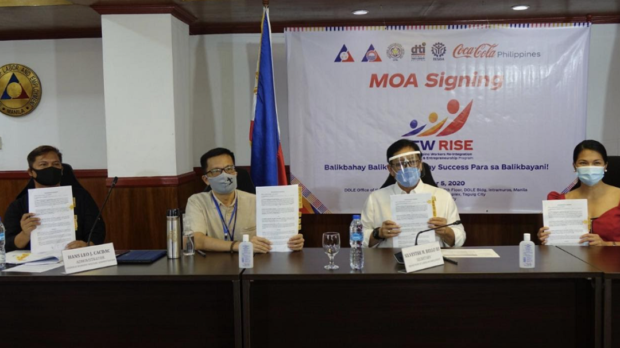 Coca-Cola Philippines continue to work with communities and organizations that will help extend its support to women, especially during the pandemic. One of these new partnerships is with TESDA, OWWA, and DOLE with the goal of helping 10,000 displaced OFWs restart their lives in the country.

A partnership with the Department of Labor and Employment, through the Overseas Workers Welfare Authority (OWWA) and the National Reintegration Center for OFWs (NRCO), took this a step further by merging the 5by20 STAR program modules and the Balik Pinay, Balik Hanapbuhay program to help repatriated women overseas Filipino workers. The program called the Women Entrepreneurs Reintegrated and Economically Active at Home (WOMEN REACH) program, has already trained 277 women OFWS with micro-enterprises.

In addition, Coca-Cola, through OWWA and Philippine Trade Training Center (PTTC) and TESDA, recently partnered with the Department of Labor and Employment (DOLE) to empower 10,000 displaced OFWs through the OFW RISE or Re-Integration through Skills and Entrepreneurship Program. This timely partnership program provided OFWs with access to web-based training on basic entrepreneurship and business idea development, supported by practical business coaching as well as establishing linkages to livelihood assistance and other microfinancing programs.

In tandem with the Department of Trade and Industry (DTI), Coca-Cola launched the ReSTART or Rebuilding Sari-Sari Stores Through Access to Resources and Trade, which is designed to stimulate the recovery of the micro-retail sector by helping 20,000 sari-sari stores through such responsive programs like the safe stores movement, safe stores education, and a Php 184M bridge loan fund that extends a Php 10,000 soft loan to each sari-sari store owner.

Through micro-finance institutions like the First Community Cooperative (FICCO), the ASA Philippines Foundation, and Alay sa Kaunlaran (ASKI), women now have access to legitimate sources of capital and do not have to resort to loan sharks to replenish their stocks, especially while recovering from the pandemic.

Reaching out across the country 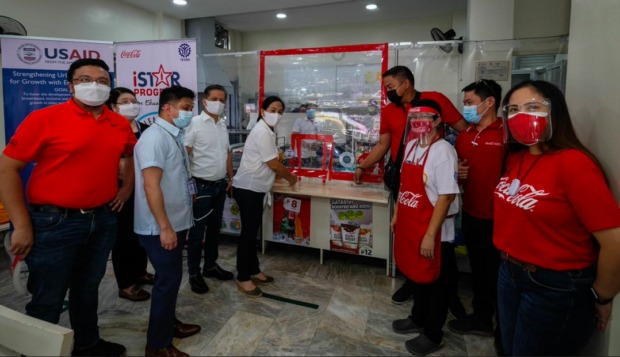 Coca-Cola Philippines stays true to its commitment to economically empower women by partnering with organizations, communities and private sectors in helping micro-retailers recover and restart from the pandemic.

Since the initial commitment locally made in 2010 to empower 100,000 women retailers, Coca-Cola Philippines, through the support of its partners, has more than doubled its positive impact in the communities. By end of 2020, Coca-Cola Philippines has empowered 250,000 women entrepreneurs in all 81 provinces in the Philippines—which represents 21% of the total universe of small sari–sari store owners in the country.

“Coca-Cola Philippines is proud to be working with these organizations in helping make real and lasting change to the lives of Filipino women. Our ability to make dreams happen, to economically empower over 250,000 women has been made possible with the help of our government and non-government partners,” said Jonah De Lumen-Pernia, Coca-Cola Philippines Public Affairs and Sustainability Director.

Coca-Cola is determined to extend the impact of this work. Last March, Coca-Cola kicked off a campaign re-telling and re-casting the “Kababae Mong Tao” narratives. The company continues to empower women entrepreneurs — extending capital and inventory support, providing guidance and mentorship, and being by their side on the road to steady and full recovery.

To learn more about the women economic empowerment vision of Coca-Cola, visit https://www.coca-colacompany.com/shared-future/women-empowerment.