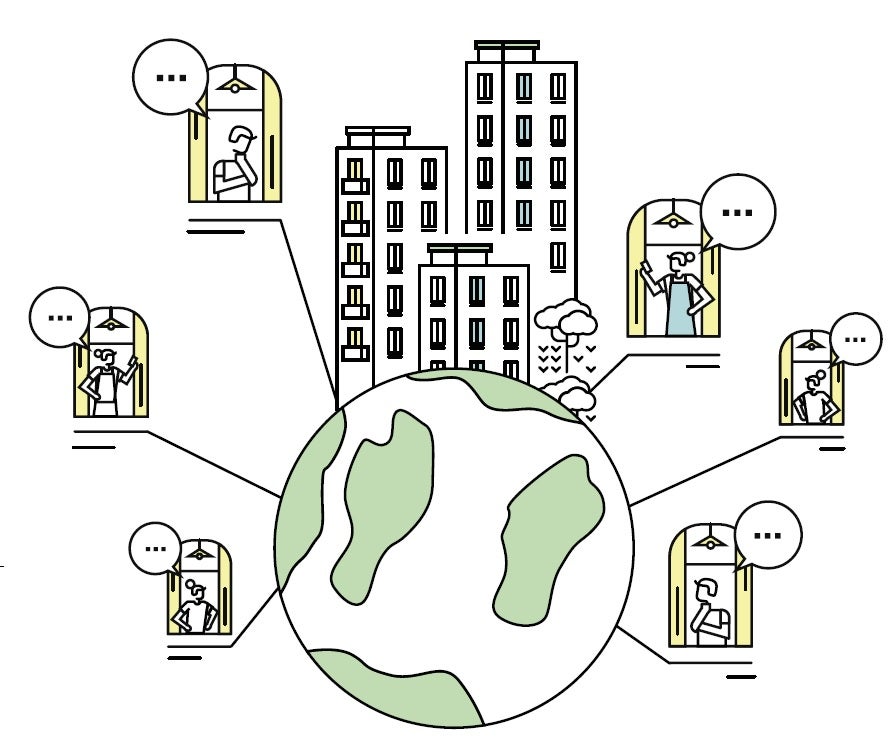 While most other multilateral institutions had slashed their respective 2021 gross domestic product (GDP) growth forecasts for the Philippines, the Washington-based International Monetary Fund (IMF) even raised its projection to 6.9 percent from 6.6 percent previously. The IMF’s April 2021 World Economic Outlook (WEO) report also projected a 6.5-percent GDP growth next year which , however, was below the government’s 8-10 percent target range for 2022.

In an email, IMF resident representative for the Philippines Yongzheng Yang said the upward adjustment in the 2021 GDP forecast reflected the “stronger-than-expected growth” in the fourth quarter of 2020.“This good momentum signals stronger recovery this year and the increased fiscal stimulus in the 2021 budget should also help boost economic activity. Taking into account the unused Bayanihan 2 Law funds to be disbursed this year and carry-over funds from the 2020 budget, government spending in 2021 is likely to be higher than anticipated in our January WEO forecasts,” Yang said. “Needless to say, this growth forecast is subject to substantial uncertainty. In particular, recent hikes in virus infections pose a significant downside risk, as tightening quarantine measures could dampen economic activity. There are other downside risks to the economy as well, including slower-than-expected vaccinations, geopolitical and trade tensions, and potential volatility in global financial markets. On the upside, the latest US fiscal stimulus and the much discussed infrastructure initiative could boost US import demand from the rest of the world, including the Philippines,” he added.

He said it was “critical” for the Duterte administration to continue to strengthen virus containment measures to bring infections under control and to maintain macroeconomic support to reduce scarring effects of the pandemic.

Targeted support to vulnerable households should continue while strengthening social protection programs over time, Yang said. Assistance to firms should pivot from liquidity to solvency support. Continued structural reforms to reduce restrictions on inbound foreign investments and efforts to ease the burden of doing business and resource reallocation would also help recovery.

“More efforts could also be made to accelerate a greener recovery by investing more in renewable energy, climate mitigation and adaptation, more generally. This would make recovery and longer-term growth more sustainable and beneficial for improving living standards,” he said.

The IMF expects the unemployment rate to gradually decline from a 15-year high of 10.4 percent last year to 7.4 percent this year and 6.3 percent next year.

The IMF said it was expecting a “stronger” global recovery in the near term with the world GDP expanding by 6 percent this year and a slower 4.4 percent next year.

“Nonetheless, the outlook presents daunting challenges related to divergence in the speed of recovery both across and within countries and the potential persistent economic damage from the crisis,” the IMF said. The Association of Southeast Asian Nations (Asean) 5—the Philippines, Indonesia, Malaysia, Thailand and Vietnam—was projected by the IMF to grow by 4.9 percent in 2021 and a faster 6.1 percent in 2022. Last year, the Asean-5 economies contracted by a combined 3.4 percent.

Emerging and developing Asia, which covered the Asean-5, China and India, would grow by 8.6 percent this year before slowing to 6 percent next year, IMF projections showed. GDP of these developing Asian countries declined by 1 percent last year. “For the emerging and developing Asia regional group, projections for 2021 have been revised up by 0.6 percentage point, reflecting a stronger recovery than initially expected after lockdowns were eased in some large countries [for example, India]. However, still high COVID-19 caseloads in some countries [such as Indonesia and Malaysia] put a lid on growth prospects,” the IMF said. The entire Asia-Pacific, which includes advanced economies like Australia, Hong Kong, Japan, Macao, New Zealand, Singapore, South Korea and Taiwan, is expected to expand by 7.6 percent in 2021 and 5.4 percent in 2022, reversing last year’s 1.5-percent drop in GDP. For the Philippines, other multilateral institutions such as the World Bank and the Asean+3 Macroeconomic and Research Office had slashed their 2021 growth forecasts and were expecting the country to be a laggard in the region in reverting to prepandemic GDP levels. These institutions had urged the Philippines to ramp up COVID-19 containment, mass vaccination, as well as fiscal support to vulnerable sectors to keep the economy afloat.

In a working paper released last week, Washington-based think tank Center for Global Development (CGD) said that in the Philippines, “it is evident that imposing a lockdown brings along a heavy societal cost that is entangled with immediate and long-term health outcomes.” “Discussions on imposing lockdown have often been weighed by the trade-offs between public health [anchoring on COVID-19 cases and death]and economic dimension. However, this trade-off should not be viewed as a dichotomous one. Community quarantine measures should not be seen as an intervention that imposes a set of restrictions inflexibly. There should be responsive surveillance systems in place to monitor the effects and provide timely feedback to policy makers. Clearly, flattening the epidemic curve goes hand in hand with social protection measures and other policies directly responding to the needs of the population,” Diana Beatriz Bayani and Soon Guan Tan of the National University of Singapore’s Saw Swee Hock School of Public Health said in their CGD paper titled “Health Systems Impact of COVID-19 in the Philippines.”

The United Nations’ Economic and Social Commission for Asia and the Pacific (Unescap) expects the Philippine economy to grow by 6.5 percent this year, but will still lag behind regional peers in returning to prepandemic levels.

Unescap’s Economic and Social Survey of Asia and the Pacific 2021 report titled “Toward post-COVID-19 resilient economies” released last week showed the 2021 GDP growth forecast for the Philippines at the lower end of the government’s conservative 6.5-7.5 percent target range. For 2022, Unescap projected the Philippines’ real GDP to grow by 6 percent, below the 8-10 percent goal. In Southeast Asia, Unescap’s growth forecasts for the Philippines for the next two years were only behind Vietnam’s 7 percent in 2021 and 6.8 percent in 2022.

Unescap also sees faster headline inflation in the Philippines reaching 2.9 percent in 2021 and 3.1 percent in 2022 from 2.6 percent last year, although still within the 2-4 percent target band.

These projections were made by Unescap last March 9 or before Metro Manila and four provinces accounting for half of the economy reverted to one week of the most stringent enhanced community quarantine (ECQ) due to the recent surge in COVID-19 cases.

“Structural vulnerabilities, such as high economic informality (Cambodia, Indonesia, Laos and Myanmar), reliance on remittances (Philippines) and dependence on international tourism (Cambodia and Thailand), also exacerbated economic impacts of the pandemic and hampered recovery,” it added. Across Southeast Asia, economic output as a percentage share of the prepandemic trend in 2022 will be the lowest in the Philippines, Unescap’s projections showed.

Reverting to prepandemic GDP levels will be faster in Vietnam, Indonesia, Thailand, Malaysia, Cambodia and Myanmar than the Philippines, according to Unescap’s estimates. Global banking giant HSBC sees the prolonged quarantine in the Philippines as a drag to economic growth this year, and could be aggravated by slow vaccination and high consumer prices.

HSBC’s chief Asean economist Joseph Incalcaterra told a press briefing recently that they expected the Philippines’ GDP to grow by 6.3 percent this year. HSBC’s forecast was below the government’s 6.5-7.5 percent growth target for 2021.

“We know from the experience of COVID-19 that when we have the type of lockdown measures which were recently imposed in large parts of the Philippines, it has a very clear negative impact on growth. So that [growth] forecast is still subject to downside risks,” Incalcaterra said, referring to the ongoing two-week ECQ in so-called “National Capital Region Plus” which accounted for about half of the country’s GDP.

Last year, GDP shrank by a record 9.6 percent—plunging the country into its worst post-war recession.

If the Philippines can progress on mass inoculation against COVID-19 in the coming weeks and months, he said “it should eventually allow for a somewhat brighter outlook.”

On top of fighting COVID-19, he said supply-side constraints needed to be addressed to temper food inflation. Meat, especially pork, had turned too expensive in recent months due to the African swine fever and a string of strong typhoons that hit last year which damaged agricultural produce, especially vegetables and fruits.

Incalcaterra also urged “addressing the developmental impact of the crisis, particularly the increase in poverty incidence that affects poor Filipinos—and that will likely require additional fiscal response.” Estimates of state-run think tank Philippine Institute for Development Studies showed that at least two more rounds of dole outs amounting to at least P163.4 billion would be needed to minimize the number of families and individuals who could temporarily slide back to poverty amid the prolonged pandemic.

“The good news with the Philippines is that the external fundamentals, when it comes to financial stability—still look relatively strong,” Incalcaterra said. INQ