Issa Guevarra-Cabreira is on a Zoom call with Lifestyle when her 8-year-old son steps into the frame.

This is a scenario that has played out in countless homes everywhere, especially during the pandemic, with parents working at home and kids also cooped up inside for online distance learning.

Guevarra-Cabreira’s son was on break from class and wanted to see what his mom was up to. The answer? A lot. After all, Mom is Globe’s new deputy chief commercial officer (CCO). 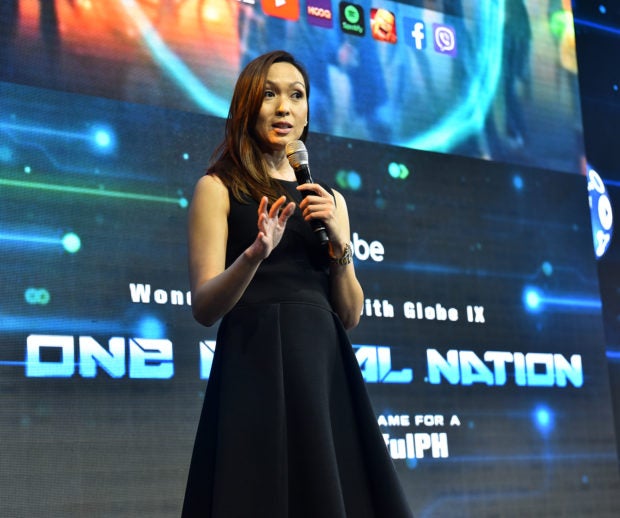 “When I got the phone call, I was like, ‘Huh? Are you sure?’ I was surprised. Shocked. It was unexpected,” she said of the appointment. 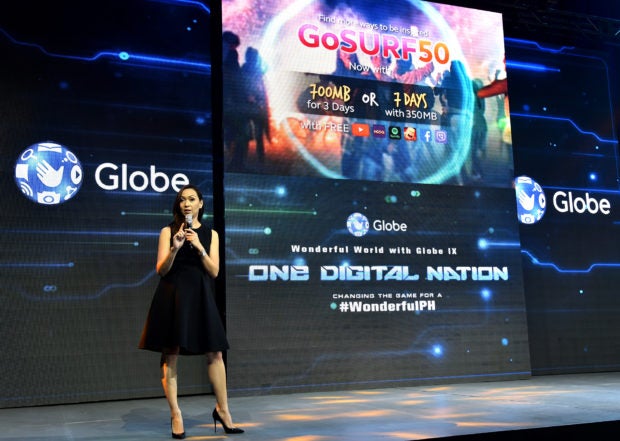 But those who have been following Guevarra-Cabreira’s trailblazing career—first in the world of fast-moving consumer goods (FMCG) and then in telco—aren’t surprised. A leader and a visionary, she has done well everywhere her career has taken her, even in the most competitive markets. 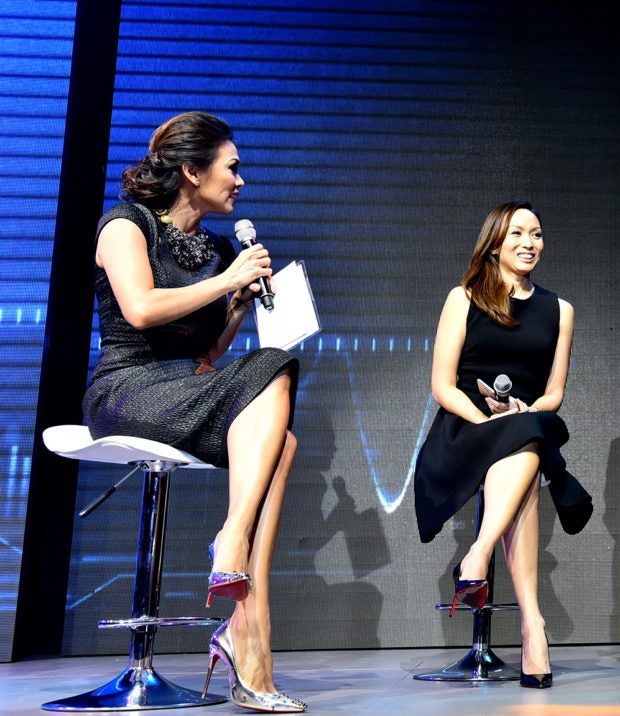 Guevarra-Cabreira’s original plan was to go to law school, so she majored in Legal Management at Ateneo de Manila University in the ’90s. “As I was coming into my junior and senior year, there were quite a bit of electives on marketing and brand management. Those stole my heart away, much to the dismay of my mother,” she said.

Immediately after graduation, she started working for Alaska Milk Corp. “During my time, the gold standard was for fresh grads to go to an FMCG and then become a brand manager.”

She spent the next nine years in FMCG, holding important brand and marketing roles at Kraft Foods Philippines (now known as Mondelez).

But success in the FMCG world means being expatriated, something that Guevarra-Cabreira turned down three times. “As much as I’d love to be the hotshot going from country to country, I had to stay. I had a small child, and I thought that the best place for him was to be home during his growing years while I was building a career. I needed to be close to family.”

In 2008, she made the decision to shift gears. “I was seeing the excitement in the telco industry and I wanted to be a part of it.”

Guevarra-Cabreira joined Globe as head of PostPaid and was soon in the thick of things. “It was super exciting because that year, the first smartphone in the world, the iPhone, was going to be launched in the Philippines exclusive to Globe. Imagine walking into that kind of scenario. I joined the company in January and by April I was in Cupertino meeting with the guys of Apple, doing the deal.”

Just months later, they launched the iPhone here, changing the lives of so many mobile phone users in the country. “It was a milestone, really. It was amazing,” Guevarra-Cabreira recalled.

But she also wondered if the telco world was too much for her. “I had a family and I wanted to excel all the time and do the best that I could. But the demands were growing tremendously. So I was thinking, maybe it’s not for me. But then my boss, this amazing lady, Cathy Santamaria (now BPI senior vice president), said, ‘Don’t leave. Why don’t you run TM (Globe’s prepaid value brand)?’”

Guevarra-Cabreira did just that, taking charge of a smaller and younger brand of Globe.

With Guevarra-Cabreira as head of the TM business unit, TM zoomed from the No. 5 spot to being the No. 1 mobile brand in the country in terms of subscriber base.

“Back then, TM was focused on blue-collar workers, but soon we opened it up to the youth. It’s a very tech-savvy market regardless of social class. The only barrier is their ability to pay. The trajectory of the business was just tremendous.”

Fresh from her success in building the TM business, she soon ran the whole Globe Prepaid portfolio, the largest brand business in telco. “After running the Prepaid portfolio, eventually, I was given all of mobile. They trusted me with the mobile business.”

One of the things she loves about being part of the telco industry is getting to know the consumers. “Sa FMCG, the minute they buy juice or your cheese, I don’t know anymore how the customer actually consumes it. In telco, there are so many points of interaction with the customer. You are so rich with data in your hands, so what do you do with it? It is a disservice if you really don’t serve them well.”

She cherishes the chance to make a difference in people’s lives. “There’s so much dynamism in how we interact with our customer. You can drive behavior and support their needs. Globe’s been kind to me, and what they always offer is an opportunity to really make a difference in the lives of people or to contribute just a little bit more. I have children so I want their world to be livable.”
She added, “Starting the customer on their data journey is Globe’s mark and contribution to Filipinos. Democratizing mobile data. Putting internet in the hands of Filipinos. Giving Facebook access for free even though you take the hit on your call and text business, knowing you will reap the benefits. We disrupted ourselves and have been doing it ever since. Years ago, 8 percent of our business was data and now it’s 75 to 80 percent.

“I think what’s also great about the company is they allow people like us to venture into new things and disrupt ourselves, disrupt the businesses—of course, in a very organized, and clearly deliberate manner as well.”
After almost four years of running Globe’s consumer mobile business, Guevarra-Cabreira realized that people were already data-savvy. “Users were super advanced. Magaling na sila lahat mag-internet, they figured out how to use Netflix, Spotify. We needed to solve other problems for Filipinos beyond connectivity.”

For many years, there had been a lot of businesses built by Globe “as adjacencies or as subsidiaries,” said Guevarra-Cabreira. So in 2019, they established 917 Ventures, the company’s corporate incubator arm, with her as the lead. “I told Ernest (Cu, Globe CEO), ‘Let me set it up because I want to continue the journey of customers beyond mobile data.’”

The timing turned out to be right. “We had GCash, our telehealth business called KonsultaMD, we have a digital ad tech company called AdSpark. We had a lot of digital businesses that had been there. We kicked off 917 Ventures in July 2019. Then, the pandemic hit. We were organized, we were ready.”

While many industries and companies had to scramble to adapt to the changes brought about by COVID-19, Globe had services already waiting to be used by Filipinos—services they didn’t know they needed until the pandemic happened.

“Everybody uses GCash as a verb now, ‘GCash mo na yan.’ Or no one can go to hospitals because they’re loaded, KonsultaMD na. Our telehealth business is booming. It saves you the trouble and the pain and it’s very accessible to anybody, so long as you have a mobile phone. Continuing to bring digital solutions beyond just core connectivity is something that we’re very passionate about. We’re trying to bring solutions to the Filipinos in a manner that is chewable and understandable.”

This, she said, is at the heart of everything they do. “At the end of the day, masaya ba yung customer? ’Pag hindi, we didn’t do our job. What we are passionate about is always anchoring everything that we do and our journey, our path, on the Filipino customer. When it’s about making people’s lives better, it works.”

And this is something she will keep doing in her role as Globe’s deputy CCO. “That came as a big surprise. I was enjoying myself in 917 Ventures. But being called back again, coming into a world that is what it is today, I thought, ‘Uy, exciting din.’ Redefining what Globe can be in the connectivity space is something worth coming back to.”

Guevarra-Cabreira makes history as Globe’s first female deputy CCO. “It’s always been men in the super senior roles in the telco industry. When you go to the Mobile World Congress in Barcelona every year, talagang puro lalaki.

Mabibilang mo lang yung babae. I thought that was pretty special to be chosen in a very male-dominated industry. It speaks a lot about the company as well, that there is no gender bias.”

She will continue to juggle her life as a boss and a mom of two, just as she always has. “What I try to do is three chunks—it’s time for yourself, time for your family and then time for work. The trick that I do is that the time for myself is very early in the morning. That’s super sacred. At 6 a.m., I get up. That’s my workout and quiet time. Then I make sure my kids are ready for online school. Weekends are definitely for them.” 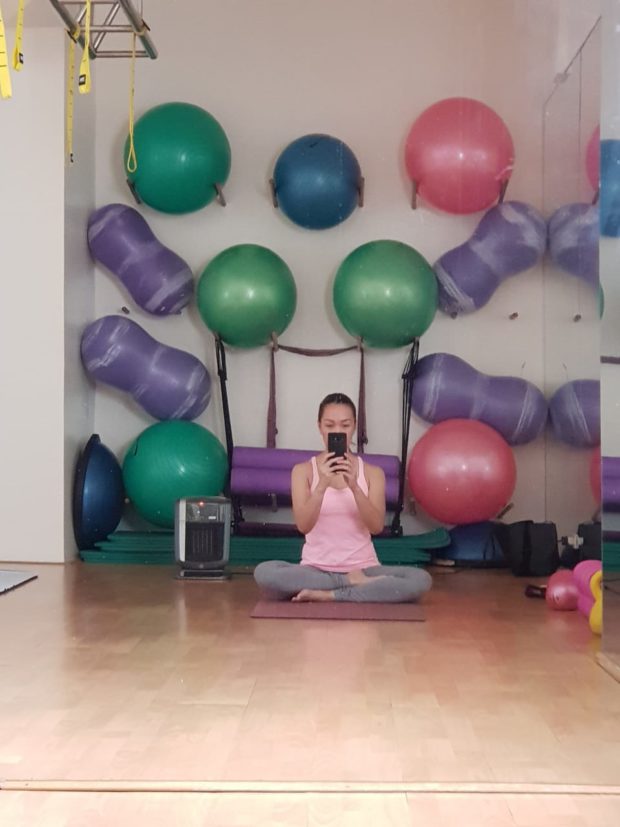 One thing she’s realized over the years is the importance of having support. “We need to acknowledge that if you choose to have a career, you’re going to have to set yourself up with support. It’s impossible for you to do it on your own. It’s humility and organizing and telling your children, ‘Mama works.’ It’s really making choices and not judging yourself. There’s no comparison. It’s really your own context and you and your family accepting your role.” 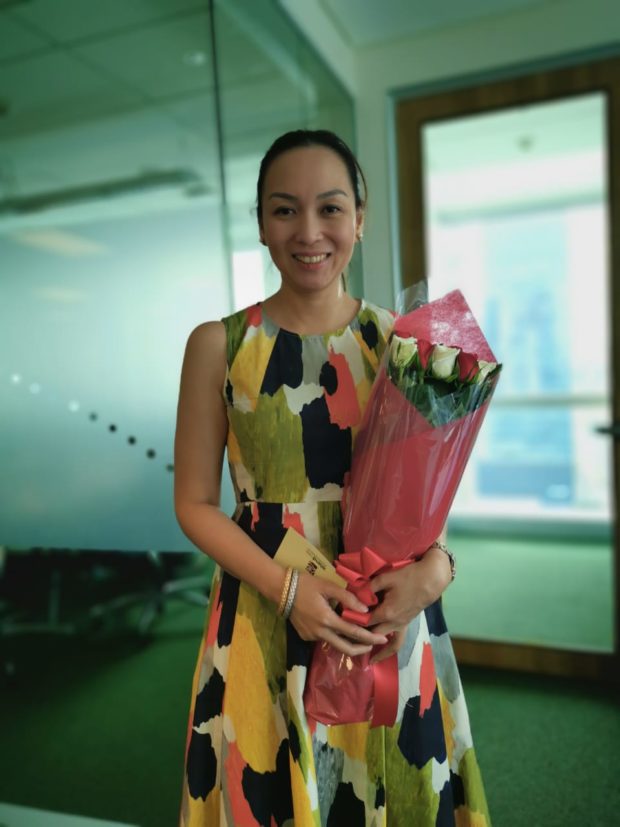 Issa Guevarra-Cabreira: “If you choose to have a career, you’re going to have to set yourself up with support. It’s impossible for you to do it on your own. It’s really making choices and not judging yourself.”

So how proud of her is her mom now, and has she gotten over the disappointment of her daughter not becoming a lawyer? “I didn’t take the traditional route but I hope she’s proud of me. I think she is. She’s so cute, she tells people, ‘My daughter sells SIMs for Globe.’ Yes I do, Ma, a lot of it. Millions of SIMs. With the deputy CCO role, I sent her a press release and said, ‘Look, Ma, I’m not just selling SIMs now. I’m selling a little bit more than just SIMs but I still do sell quite a number of SIMs.’”

Guevarra-Cabreira is slated to assume her new post in April. “I’m excited, scared, but just as fired up as whenever I’m given a new job. Am I going to even be able to fill the big shoes of Alberto de Larrazabal (Globe CCO)? Am I going to live up to the expectations of the great Ernest Cu? But it’s not about just them, at the heart of it is really the customers, the Filipino customers who I’ve fallen in love with.”

Globe ramps up spending to provide care for its customers