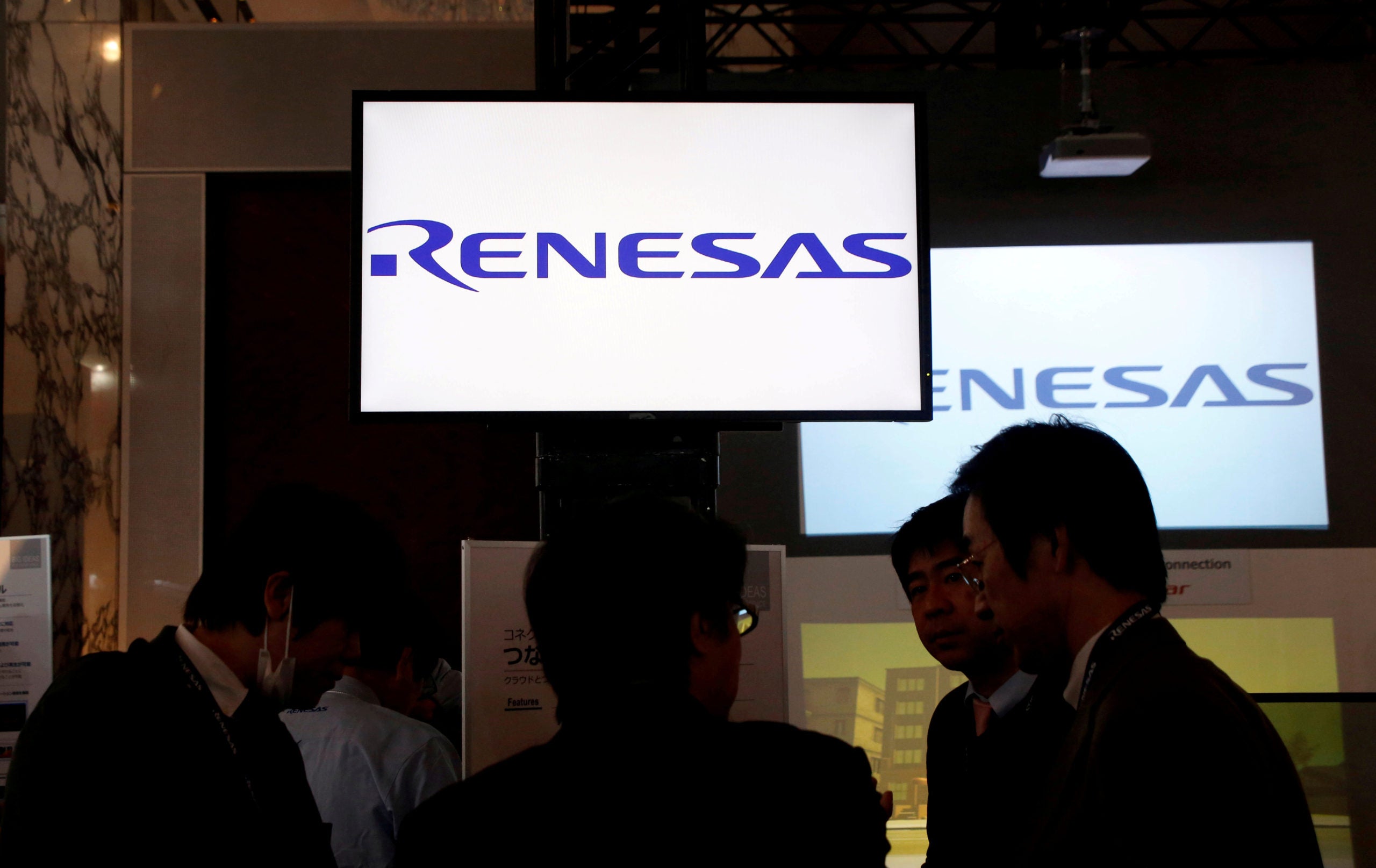 TOKYO — Toyota, Nissan, Honda, and other Japanese automakers scrambled on Monday to assess the production impact of a fire at a Renesas Electronics automotive chip plant that could aggravate a global semiconductor shortage.

“We are gathering information and trying to see if this will affect us or not,” a Honda spokesman said. Other carmakers including Toyota and Nissan said they too were assessing the situation.

The effect on car makers could spread beyond Japan to other auto companies in Europe and the United States because Renesas has around 30% global share of microcontroller unit chips used in cars.

Renesas said it will take at least a month to restart production on a 300mm wafer line at its Naka plant in northeast Japan after an electrical fault caused the machinery to catch fire on Friday and poured smoke into the sensitive cleanroom.

Two-thirds of production at the affected line is automotive chips. The company also has a 200mm wafer line at the Naka plant, which has not been affected.

Concerns on the impact of the fire on production sent auto shares sliding, with the big three, Toyota, Honda, and Nissan, closing down more than 3.3%. Renesas shares tumbled as much as 5.5% and ended 4.9% lower. The benchmark Topix index shed nearly 1%.

“It will probably take more than a month to return to normal supply. Given that, even Toyota will face very unstable production in April and May,” said Seiji Sugiura, senior analyst at Tokai Tokyo Research Institute. “I think Honda, Nissan, and other makers will also be facing a difficult situation.”

Semiconductors such as those made by Renesas are used extensively in cars, including monitoring engine performance, manage steering or automatic windows, and sensors used in parking and entertainment systems.

Nissan and Honda had already been forced to scale back production plans because of the chip shortage resulting from burgeoning demand from consumer electronic makers and an unexpected rebound in car sales from a slump during the early months of the coronavirus pandemic.

Toyota, which ensured parts suppliers had enough stocks of chips, has fared better so far.

“It could take three months or even half a year for a full recovery,” said Akira Minamikawa, an analyst at technology research company Omdia. “This has happened when chip stockpiles are low, so the impact is going to be significant,” he added.

Renesas said its customers, which are mostly automotive parts makers rather than the car companies, will begin to see chip shipments fall in around a month. The company declined to say which machine caught fire because of the electrical fault or which company made it.

The Japanese government promised help for the auto industry.

The latest incident at the Naka facility comes after an earthquake last month shut down production for three days and forced Renesas to further deplete chip stocks to keep up with orders.

The plant was closed for three months in 2011 following the deadly earthquake that devastated Japan’s northeast coast.