The real story of rice production in 2020 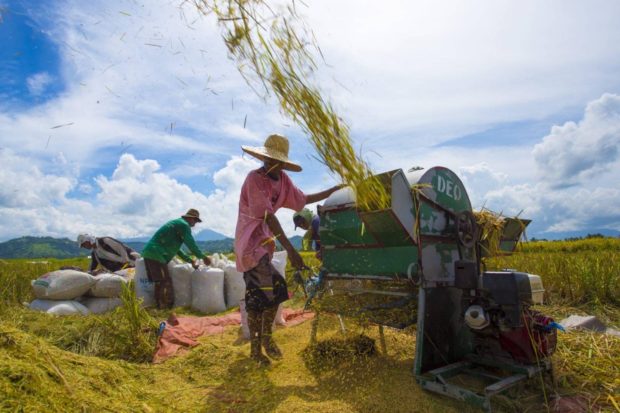 Some are claiming that critics of the rice tariffication law (RTL) were dismally wrong in predicting a decline in planted area and production as a result of lower palay prices following the removal of restrictions on rice imports.

They point to the latest projections from the Philippine Statistics Authority (PSA) placing 2020 palay output at a record high of 19.44 million tons, up by 3.3 percent from 2019 despite a succession of typhoons in the latter part of the year.

Indeed, the Department of Agriculture (DA) should be commended for a positive outcome in 2020 despite the disruptions brought by the COVID-19 pandemic, earthquakes, volcanic eruptions and typhoons that hit the country during the year.

A deeper analysis of the data, however, would imply that there is actually little to celebrate and the future may not be as rosy as some make it appear.

The production increase in 2020 was not surprising considering that 2019 was an El Nino year which brought palay output to 18.8 million tons, the lowest since 2017. Compared to 2017, which is the most recent “normal” year before the rice tariffication law took effect in February 2019, the 2020 performance was only about 1 percent higher. In other words, we basically just got back to where we were four years ago.

Clearly, the growth in our rice requirement outpaced gains in palay output, which means that our level of self-sufficiency has actually deteriorated since RTL took effect.

Interestingly, rain-fed areas outperformed irrigated areas in 2020 in terms of growth not only of output and harvested area but also yield. This appears to be counterintuitive, considering that support from RTL and gains in productivity and competitiveness were supposed to focus on prime production areas, particularly irrigated farms.

The total harvested area in 2020 grew by 1.7 percent from 2019 levels. But compared to 2017, it actually declined by 2 percent. Around 80,000 hectares were removed from rice production during the interim.

This belied claims that the predicted exodus of farmers from rice production was off the mark. In fact, even the Philippine Institute of Development Studies (PIDS) and the International Food Policy Research Institute (IFPRI) had previously forecast that a significant number of farmers would not be able to compete with imported rice and would eventually be forced to leave rice farming.

There were also claims that the decline in palay prices is a seasonal phenomenon that has occurred regularly in previous years. While that is true, the data also show that farm gate prices in 2020 were almost 10 percent lower than they were in 2017 when RTL was not yet in effect.

In turn, retail prices for both well-milled and regular-milled rice in 2020 were only about 1 percent lower than they were in 2017, belying claims that consumers have gained significantly as a result of more rice imports.

Yield-wise, palay farmers gained an increase of 64 kilos per hectare harvested in 2020 compared to 2019. This represents an improvement in productivity of less than 1 percent. This is way below RTL targets to raise output from 4 tons to 6 tons per hectare, or by 50 percent, by providing support for seeds, mechanization, credit and extension.

If we assume that palay prices averaged P16 per kilo in 2020, the incremental yield would have increased farmers’ incomes by P1,029 per hectare. In turn, the foregone income of farmers averaged P12,000 per hectare if we assume that they should have been able to avail themselves of the NFA’s support price of P19 per kilo. With this discrepancy, it is difficult to believe the claim that DA support to farmers would have offset farmers’ losses.

Overall, farmers produced 626,710 tons more in 2020 than in 2019. At an average value of P16 per kilo, this incremental output would amount to around P10 billion. To achieve this result, the government probably spent around P5 billion under the Rice Competitiveness Enhance Fund (RCEF) plus another P8.5 billion under the Rice Resiliency Program. In other words, the government spent P1.35 to produce every P1 worth of additional palay.

This does not yet include other costs to the government, like the cash transfer of P5,000 per farmer tilling two hectares or less, free crop insurance and the overhead and operational expenses of DA in implementing its various programs.

This begs the question as to whether scarce government funds are being spent wisely, or if farmers could have been better off if the DA had simply given the support money to them as cash grants.

In summary, while the reported gains in palay output are indeed a positive development, there is still much to be done in helping farmers hurt by cheap rice imports, ensuring that consumers actually gain from more imports and that government resources are used wisely and effectively. There is also no guarantee that the positive trend in production will continue in the future if prices continued to decline due to excessive imports. Farmers are not stupid. At some point, they will scale down their production or move out of rice farming altogether if they continue losing money.

Inexplicably, some assume that importers will scale down their imports if local self-sufficiency levels improve. They do not understand that businessmen will import as much rice as they could as long as they can make money, whether local production expands or not.

There is nothing wrong in painting alternative scenarios based on one’s perception of what could happen. But some seem to believe that only their point of view is correct and go on to label those who don’t agree with them as “modern day Cassandras” or doomsday prophets.

In Greek mythology, Cassandra was the daughter of the King of Troy whom the god Apollo tried to woo by bequeathing her with the power to predict the future. However, Cassandra spurned Apollo, and in anger, the god threw a curse at her so that nobody would believe her predictions. Because of this, nobody listened to her when she foresaw that the Greeks would invade Troy and use a Trojan wooden horse to take over the city.

Some would do well to give attention to modern-day Cassandras unless they are Trojan horses that had been planted in our midst to lull us into complacency while foreigners invade and take over our domestic markets.