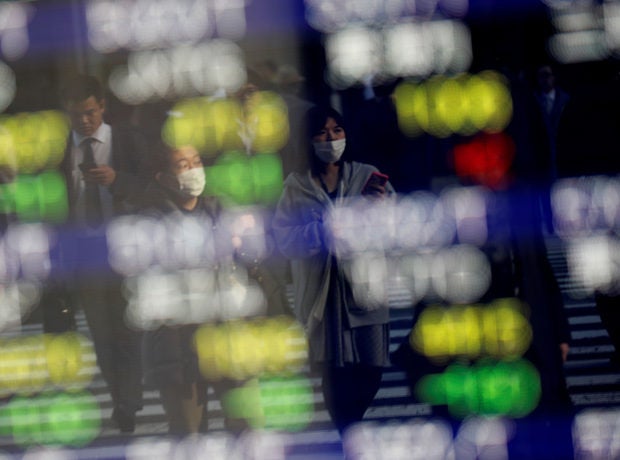 HONG KONG/NEW YORK – Asian shares edged up on Thursday and were set to end a tumultuous 2020 at record highs, while growing investor hopes for a global economic recovery caused the dollar to fall further against most major currencies.

“A lot of the rise in the second part of the quarter is because the political risk evaporated,” said Kerry Craig, Global Market Strategist, J.P. Morgan Asset Management, citing the U.S. election, hopes for an easing in U.S. China trade tensions and the Brexit deal.

Looking to 2021, Craig said investors were trying to balance the potential for rising inflation against a likely economic recovery, and assess whether that rebound might be impeded early in the year by new strains of COVID-19 and struggles with rolling out vaccines.

Chinese blue chips rose 1.45% on Thursday after official data showed that activity in China’s service and factory sector expanded in December, albeit both at a slower pace than the previous month. The Hong Kong benchmark also rose 0.26%.

Australian shares fell 0.80% after tighter restrictions on movement were announced in an effort to quash fresh COVID-19 cases.

Markets in Japan and South Korea are on holiday.

The upbeat mood, reflected in overnight gains on Wall Street, drubbed the “safe-haven” dollar and supported almost all other major currencies.

The dollar dropped against a basket of currencies, sinking 0.074% to 89.528, after earlier touching it lowest since April 2018.

Oil prices bucked the trend, however, retreating a shade as swelling year-over-year supply led some traders to view any economic recovery ahead to be gradual rather than swift.

Global crude oil markets have lost about a fifth of their value in 2020 as strict coronavirus lockdowns paralysed economic activity and travel, but prices have rebounded strongly from their lows as governments rolled out stimulus.

Read Next
Netflix co-CEOs set to make over $34 million each in 2021
EDITORS' PICK
WHO says not to use ivermectin on COVID-19 patients
Speed up your game with the new vivo Y20s [G]
Pre-order the new vivo Y20s [G] to get a free TWS earphone
Harry Roque in hospital for COVID-19 treatment
PH’s COVID-19 active cases reach over 190k after 12k new infections reported
Pru Life UK receives four golden arrows for solid corporate governance
MOST READ
Stop ‘creeping occupation’ of ‘militia’ boats in WPS, Pacquiao asks China
Bea Alonzo clarifies status of her relationship with Dominic Roque
Convicted former aide of Sen. Bong Revilla dies — BuCor
Locsin to China: ‘Then move out’
Don't miss out on the latest news and information.