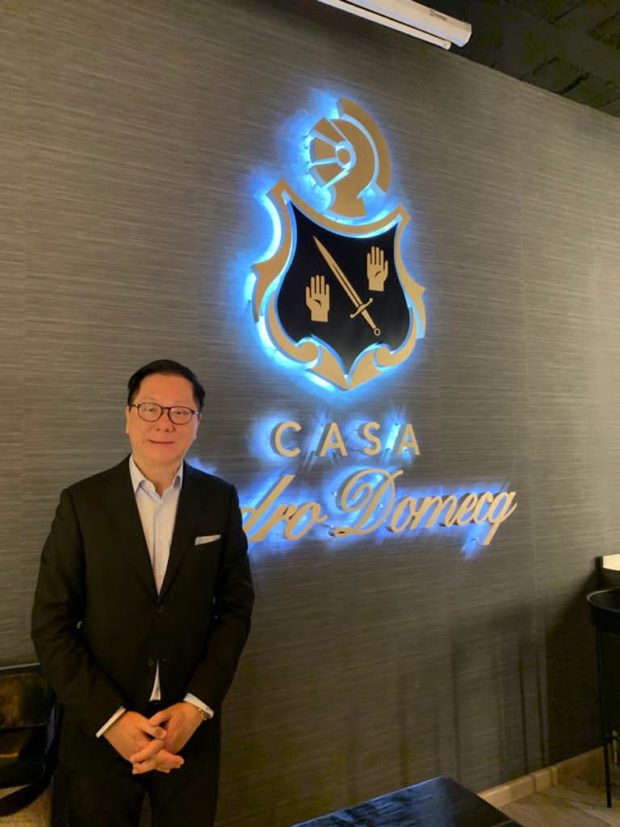 Bars, hotels and restaurants across the globe may have closed due to strict quarantine restrictions to slow down the spread of COVID-19, but that does not mean that people have stopped enjoying a glass or more of their favorite tipple.Quite the contrary, as according to Nielsen.

Alcohol sales have surged in the United States, for example, as more adults are drinking to cope with the lockdown measures with “quarantinis” and “coronitas” sweeping social media posts.

Such a phenomenon was likely duplicated in other countries also struggling to keep infection numbers under control.

Because of this, listed Emperador Inc. managed to do what a depressingly few companies managed to pull off this COVID-19-blighted year: grow its profit.

According to its third quarter report to the Philippine Stock Exchange, the holding company that manufactures, bottles and distributes distilled spirits and other alcoholic beverages from the Philippines and Europe, posted a stellar net profit of P5.9 billion as of end-September, an enviable increase of 11 percent over the same period last year.

In the third quarter alone, its earnings surged by 26 percent to P2.5 billion as overseas demand for its extensive portfolio of brands surged amid the global pandemic.

“Generally, the shift from on-promise consumption to home consumption has favored Emperador brands here and globally since we own some of the most iconic brands in the world. Emperador in the Philippines, Fundador and Terry Centenario in Spain, Presidente in Mexico, Whyte and Mackay whisky in the United Kingdom, Tres Cepas in Africa, John Barr in the United States and Jura in Scotland, among others, have strong consumer following and loyalty,” Emperador Chair Andrew Tan told the Inquirer in a text message.

In the United States, volume of Don Pedro and Presidente have been growing in the last five months even as the country faces the challenges of the coronavirus pandemic.

Both brandy products are part of the Casa Pedro Domecq portfolio in Mexico, which is now under Grupo Emperador Spain and currently controls 57 percent of the Mexican brandy market.

In Latin America, another brandy product under Grupo Emperador Spain, Brandy Domecq, is already dominating the brandy market in Colombia with a 91 percent market share.

“Just like in Mexico where we have dominated the market share for brandy, we have also seen a steady growth in Colombia’s brandy market in the last five years. As their economy improves, more and more people are upgrading to brandy from their local white drink called Aguardiente. We remain focused on further expanding our presence across Latin America by also introducing our imported brandy products, particularly the Philippine-made Emperador Brandy, because the taste preference for brandy in this region has been remarkably growing,” says Juan Cortès Vilardell, chief executive officer of Grupo Emperador Spain in a statement.

In Spain, brands owned and produced under Grupo Emperador España S.A. continue to dominate the brandy market with a dominant 40-percent market share.

Around the world, Fundador has been particularly showing spectacular performance even in North America. In the United States alone, Fundador achieved 23-percent growth during the first nine months of the year.

In Canada, sales have also tripled during the first nine months as Fundador Light has been made available in Alberta, Canada as a new expression this year. The new Fundador Double Light was also rolled out across the United States.

Meanwhile, in the United Kingdom, Fundador sales skyrocketed by 185 percent during the first nine months, while in Italy, it recorded 15-percent growth during the same period. Mexico’s brandy performance, on the other hand, grew by 8 percent during this period, Emperador’s disclosure said.

“Overall, consumption has been robust across the world. Liquor helps people cope and stay happy during the stay-home quarantine,” Tan said.

Tan, who holds Emperador close to his heart having built his business on alcohol distribution with Andy Player, however, is particularly elated by the widening coverage of Emperador brandy.

Across brands, Emperador saw the highest international growth coming from China, which is expected to more than double its consumption of Emperador products from last year, driven by the premium single malt brands and brandy.

That a Filipino-led company is achieving these milestones fills Tan with immense pride in what the Filipino company can do, backed by management skills and a product line that has won a loyal following in multiple markets here and abroad.

“We take pride in being a Filipino global consumer product company. We are elated that our product, Emperador Brandy, is being consumed from Europe to North america to Latin America to Africa to the Middle East and Asia.

The entire Emperador portfolio, representing the best of the Philippines, is enjoyed by people in more than 100 countries,” said Tan.

The enviable growth this year makes him even more optimistic that even better days are up ahead for Emperador.

“The gains we made this year will make the business even stronger in the years to come. When global consumption returns, we believe the future is bright,” said Tan.

Cheers to that. INQ