Metro Manila, Rizal get a taste of Dagupan 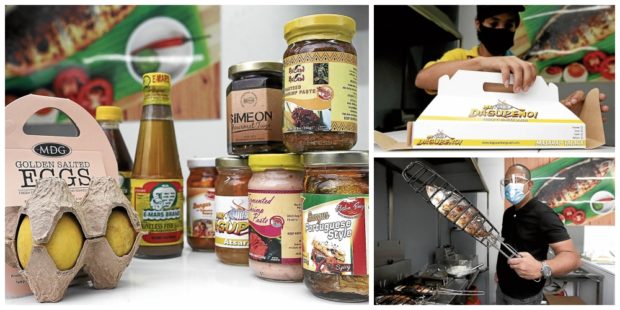 Local Pride. Eric Montoya, (lower right) helps bring assorted food products from his native Pangasinan and from Rizal province, where his family has settled, to a wider market through his Mr. Dagupeño outlets. He has been tapping local entrepreneurs to also create livelihood opportunities in Pangasinan and Rizal. —PHOTOS BY RICHARD A. REYES

There may be plenty of fish in the sea, but to entrepreneur Eric Montoya, there is only one source of the tastiest “bangus” (milkfish)—his home province of Pangasinan.

From the “consignacion,” or the popular Magsaysay fish consignment market in Dagupan City, Montoya’s “Mr. Dagupeño” brings Pangasinan’s top product as a ready-to-eat, grilled “bangus” to Rizal province and Metro Manila.But his is more than a brand or a chain of food stalls along busy thoroughfares.

While most businesses closed shop during the coronavirus pandemic, Montoya’s thrives in the market. In fact, it just opened its sixth store franchise in Pasig City on Dec. 5, in time for the business’ fourth anniversary.A former Inquirer correspondent in Pangasinan, the 41-year-old Montoya looks back to when he first thought of the business 11 years ago.

“I first tried it out with my childhood friends with a store in Quezon City but we couldn’t find the right market for it then,” he recalled.

Montoya blamed this to his lack of business experience at the time. He spent the next 10 years as an insurance marketing executive, not knowing it would be his wife, Katherine, 33, who would later push him to realize his dream business.

“When she left the company (also as an insurance sales manager), she found my business plan [and] opened the first two stores. She did it six months apart and all while she was pregnant,” Montoya said.

Mr. Dagupeño’s first three stores were opened between 2016 and 2018 across Antipolo City in Rizal, where the family is now based.

In 2019, Montoya decided to quit his job and focus on expanding the start-up through franchising.

“It was a big risk to take. Even my [former] colleagues couldn’t believe I was leaving my job for the business,” he said.The couple acquired a blast freezer through a loan from the Department of Science and Technology. They also attended a boot camp for franchisers from the Department of Trade and Industry and the Association of Filipino Franchisers Inc.

Everything was running smoothly until the pandemic came.

The health crisis posed a challenge to the food business, especially in areas where stricter lockdowns were imposed. There was also a point when traveling across provincial borders affected bangus delivery from Pangasinan. 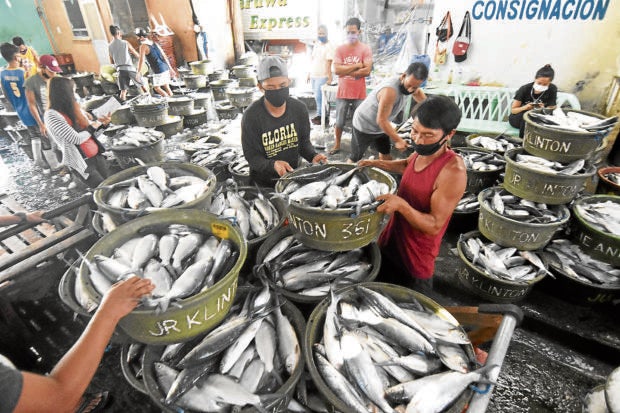 In a month, one Mr. Dagupeño outlet serves 1,000 pieces of bangus. Montoya said they were lucky they were able to store enough before the strict lockdown was imposed.

“I never want the supply to be disrupted. To me, that’s a mortal sin [in this business]. That’s why we have to sustain the partnerships,” he said.

From the fish ponds, traders supply freshly harvested bangus which will be deboned. These are then marinated using different flavors and preparations, like the signature relleno (stuffed bangus), bangus sisig, bangus with salted egg, and the cheesy baked bangus at Montoya’s stores.

Raiisa left her job as area manager of a fast-food chain in the province to help her husband in the business but she saw another opportunity while going around Dagupan to campaign when she ran for city councilor in 2016.

“Many residents in almost all of the villages have been deboning bangus. So I thought there must be a big business opportunity in that endeavor,” she said.

“It’s a passion that was rekindled after 30 years,” said Raiisa, a food and technology graduate of the University of the Philippines.

The couple established Elisha Bay Dagupan Bangus and Seafoods in 2017, putting up a production area near their house in Barangay Mangin in Dagupan City.

“We hoped to employ persons with disabilities, training three of them on bangus deboning. But two left after some time, saying the work was difficult. So we employed underprivileged women in the community,” Raiisa said.

Another opportunity came in 2019, a year after the couple joined an entrepreneurs’ group in Pangasinan, when Montoya reached out and asked if they could supply him with unflavored boneless bangus.

Raiisa said she has established a “suki” (regular customer) relationship with a “consignacion” (wholesale market) operator who supplies her with high quality fish.She has come up with bottled flavored bangus which she sells either directly or through resellers. Most of her resellers are former colleagues in the fast-food chain who lost their jobs because of the pandemic.

Montoya said the pandemic shuttered two franchise stores, but they were lucky to find new franchisees, one of them a former overseas worker.

Mr. Dagupeño currently has nine stores in Antipolo City, Cainta, and Binangonan in Rizal and in Marikina and Pasig cities in Metro Manila.

Montoya said they expanded food ordering by partnering with online delivery apps for a wider reach.

“The pandemic brought uncertainty. It would make you wonder, ‘What’s going to happen?’ But we just had to keep going because there were people who relied on the business. We’re just fortunate we survived that,” he said. INQ