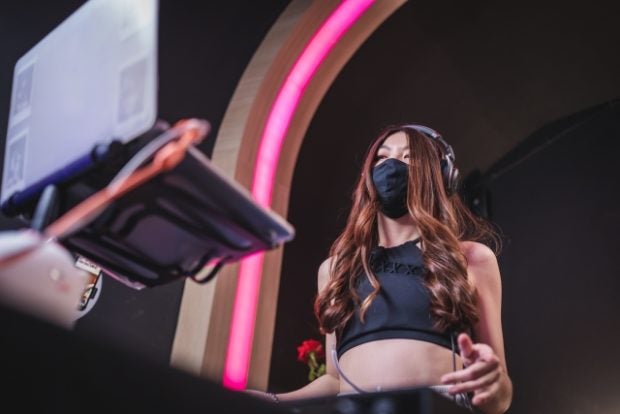 Livestream concerts have turned into a source of revenue for some artists deprived of world tours, but they may soon have to face added taxes. Image: TopWarut / Getty Images Plus via AFP Relaxnews.

New records continue to be set. Virtual concerts have managed to win over a wide audience of music fans who are missing live events. And they are working to such an extent that some professionals are considering taxing them just like physical shows. It’s a controversial proposal that has raised the hackles of some artists’ unions in the United Kingdom.

The collective PRS for Music Limited, which manages the rights of British authors, composers and music publishers, is considering introducing different tax rates for paid or sponsored livestream concerts.

Some artists and professionals in the British music sector (Music Managers Forum (MMF) and Featured Artists Coalition (FAC) have firmly criticized this experimental tariff system for virtual acts, arguing that the proposed system “will make livestreaming unviable, for both the smallest emerging artists and the biggest superstar acts.”

“For the sake of all artists, songwriters and the wider industry, it is crucial that this new format is allowed to grow and thrive. Charging artists up to 4 times the live rate strangles rather than nurtures this innovation. For some of the smaller artists who have just covered their costs livestreaming, it will be impossible to find this additional money retrospectively,” wrote MMF and FAC in a joint petition.

This open letter addressed to PRS for Music Limited has already been signed by over 50 artists’ managers, notably those representing Liam Gallagher, Dua Lipa, Biffy Clyro, Fontaines DC, Gorillaz and Yungblud, as well as songwriters members of FAC.

While taxing livestream concerts is a sensitive issue in the U.K. right now, it is highly possible that other countries will investigate the future potential of these live performances. From improvised sessions with rudimentary means, these live events have turned into a source of revenue for some artists deprived of world tours.

Another successful example was Dua Lipa and her “Studio 2054” gig, featuring Kylie Minogue, Elton John and Angèle presenting tunes from her “Future Nostalgia” album. Five million tickets were sold for this exclusive performance, including 1.9 million in China and 95,000 in India.

Considering the enormous success of such one-off gigs, some artists are starting to contemplate entirely virtual tours. American artist Todd Rundgren even announced a 25-date virtual U.S. tour, kicking off in February, called “Clearly Human”. Other bands like The Hives and The Luka State have followed suit, showing that livestream events have a long life ahead in 2021. CC

The lives of musicians in the Philippines, amid a pandemic

Hip-hop artists continue to thrive amidst the coronavirus pandemic