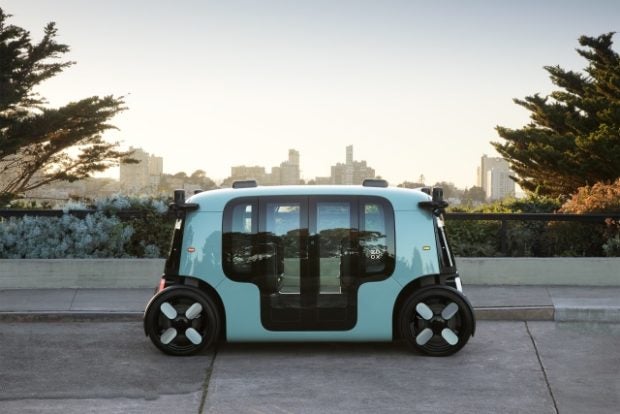 Amazon is showing off its self-driving vehicle ambitions with its Zoox project, named after the startup recently acquired by the American giant. It is an electric, self-driving robotaxi prototype, with capacity for four passengers.

Zoox is a relatively compact vehicle, but spacious enough to seat four people. It is bidirectional (it can be driven forward or backward) and its four small guide wheels make it easy to park. Without a driver or even a steering wheel, Zoox can reach a top speed of 75 miles per hour in both ways. Its massive 133-kWh battery offers a 16-hour range, which means it can function all day without a break and charge up at night.

Zoox is equipped with AI and traffic management systems, meaning it can anticipate potential dangers to avoid on the road (other vehicles, pedestrians, and animals, for example). It boasts several cameras, radars and lidar technologies leading to a 360-degree view of its surroundings up to 150 meters from different angles.

This impressive-looking self-driving shuttle is currently being tested in San Francisco and Las Vegas.