How we came to love the flavors of Mexico | Inquirer Business

How we came to love the flavors of Mexico 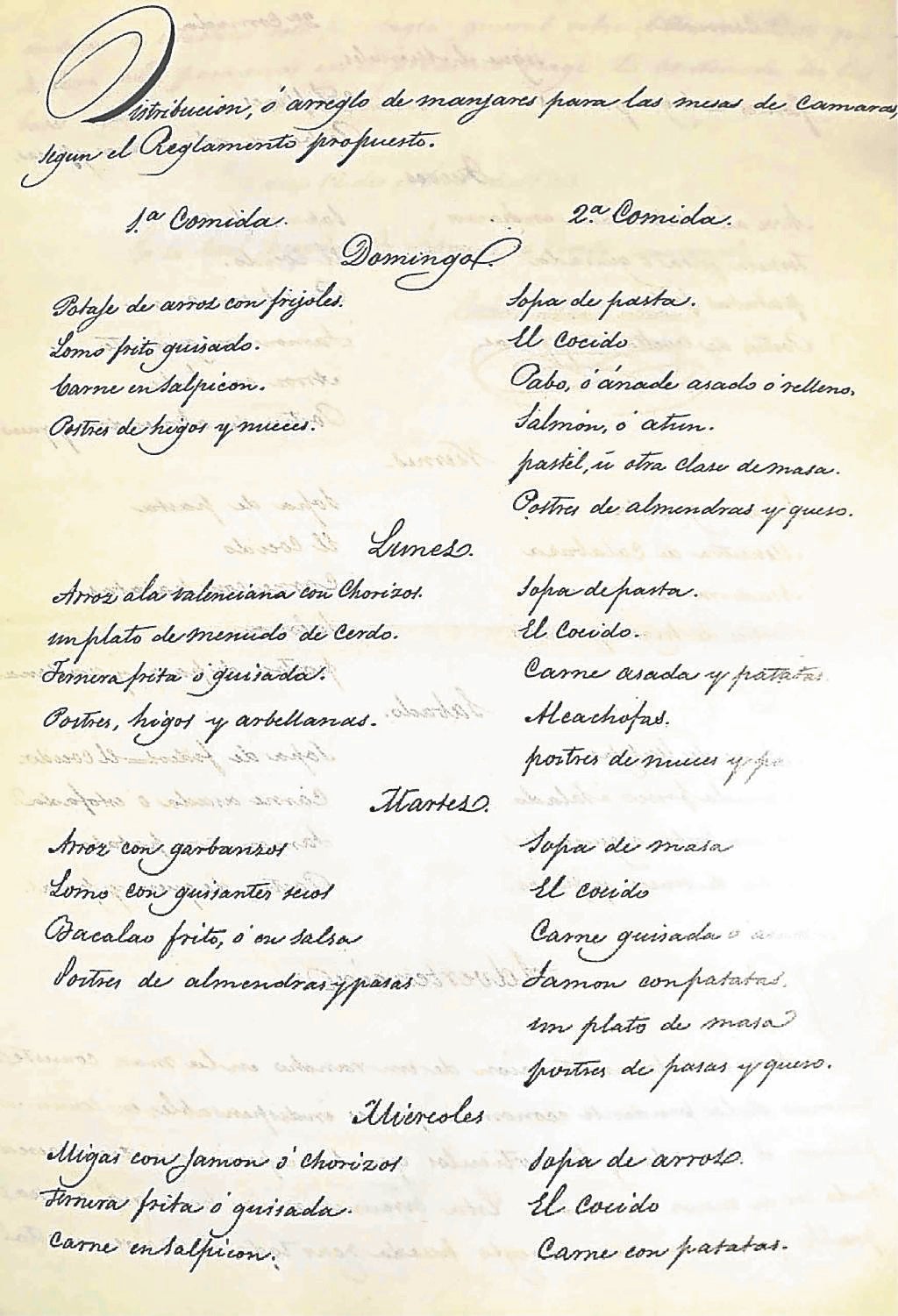 Menu on one of the Spanish expeditions

Yesterday, Dec. 12, was the Feast of Our Lady of Guadalupe. Year after year, there is a grand celebration in honor of Mother Mary, especially in Mexico, where the Basilica of Guadalupe is, as well as in the United States and in the Philippines.

This year, however, the Basilica of our Lady of Guadalupe in Mexico was closed to prevent the spread of COVID-19. Still, Pope Francis has extended the possibility of Catholics from around the world being able to get plenary indulgence.

For more details about the Pope’s announcement, visit facebook.com/DominusEstPH.

Speaking of Mexico, this reminds me of an interview with historian Antonio Sanchez de Mora, archivist at the Archivo Generales de Indias in Seville, Spain, who visited the Philippines a few years ago for Madrid Fusion to trace our common culinary heritage.

During that interview, he enlightened us on the legacy of Andrés de Urdaneta, a Spaniard who had come to the Philippines with the Legazpi expedition, joined the Augustinian Order in Mexico and died in Mexico City in 1568.

We have him to thank for the discovery of a west-to-east or the Manila-Acapulco Galleon Trade route across the Pacific that made transpacific commerce possible.

The galleons carried on for two and a half centuries, linking the Philippines and Mexico from 1565 to 1815.

The Manila Galleon trade route was inaugurated in 1565 after Fray Andrés de Urdaneta discovered the tornaviaje or return route from the Philippines to Mexico with the first successful round trips that he and Alonso de Arellano made that year. The route lasted until 1815 when the Mexican War of Independence broke out.

It’s interesting to note what the ships carried.

In the book “Spain’s Men of the Sea: Daily Life on the Indies Fleet in the Sixteenth Century,” Pablo Perez-Mallaina lists the provisions and estimated cargo on a galleon with a 300-ton capacity. Provisions included 20 sacks of biscuits, 15 pipas of wine, six botijas of oil, four botijas of vinegar, 30 pipas of water, three botas of salted meat, three botas of salted fish, three botas of garbanzos and rice, 100 kilograms of salt, three dozen cheeses, and 450 sacks of firewood. Cargo was more interesting as it included almonds, olives and more wine.

From Mexico to Manila

And then of course there were the fruits that arrived in the Philippines from Mexico: guava, pineapple, papaya, avocado, kasuy, atis, anonas, guyabano, camachile, sinegwelas, chico, caimito and cacao.

Meanwhile, we exported coconuts, which Sanchez shared was much loved in Spain.

In his book “Sabores: Flavors that Crossed the Seas,” Sanchez said King Philip II also ordered that all the cinnamon from the Philippine Islands, sourced from Mindanao, be sent to Spain. He found evidence of this in the original royal decrees kept in the Archivo General de Indias, Seville dated Oct. 15, 1567.

He also noted Legazpi’s companion and successor, Guido de Lavezaris of the Royal Exchequer “wrote the King alerting that tamarind trees … and ginger roots … for planting would arrive in New Spain from Cebu aboard the San Juan by July 26, 1567.”

They also appreciated kalinga and there is record of Leandro de Viana, a royal fiscal in Manila, sending the King a “bark of calinga … a tree from Mindoro mountains … with a delicious odor, which smells like cinnamon, clove and pepper all combined.” Unfortunately, this gift was aboard the Santissima Trinidad, which was captured by the British, according to Sanchez.

In March 2021, the Philippines will celebrate the quincentennial of the arrival of Ferdinand Magellan in the Philippines. There will be big celebrations for the “500 Years of Christianity.”

Why not celebrate both faith and food? After all, it is also the quincentennial of gastronomic discoveries from Spain—and later, from Mexico as well.

Dr. Antonio Sanchez de Mora will talk more about the common history of Spain and the Philippines on Wednesday, Dec. 16 via facebook.com/DominusEstPH.

TAGS: Feast of Our Lady of Guadalupe, Mexico