Asian markets fluctuate after rally, eyes on US stimulus talks 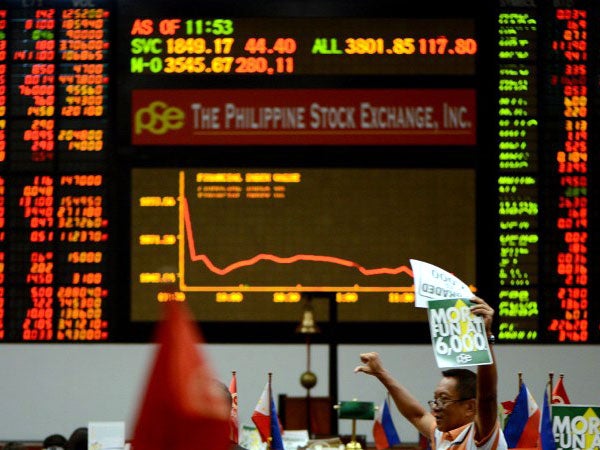 While met with great joy, the first approval of a Covid-19 drug by Britain on Wednesday had little impact on stocks as it had been widely expected soon.

Focus is now on regulators in the US and Europe, and the rollout that will allow life to get back to normal and the economy to get back on track.

There were also growing hopes that lawmakers on Capitol Hill are finally inching towards an agreement on a fresh rescue package for the beleaguered US economy after a bipartisan plan was put forward this week.

Observers pointed to a pick-up in Treasury yields that suggests investors expect interest rates to rise in the future — a sign that the economy is improving.

“The market has almost immediately priced in a better-than-expected 2021, particularly in the second half, and that’s what we are seeing here, and on the yield curve as well,” Alicia Levine, at BNY Mellon Investment Management, told Bloomberg TV.

“The message here really is that better days are ahead and that dips and consolidations are eminently buyable.”

Wall Street enjoyed another broadly positive day, with the S&P 500 chalking up another record close, while the Dow also advanced, though the Nasdaq inched down from Tuesday’s all-time high.

Asia struggled to break higher, though, with most markets fluctuating.

Hong Kong, Sydney, Seoul and Taipei rose but Shanghai, Singapore, Manila and Wellington were in negative territory. Tokyo went into the break barely moved after swinging through the morning.

While the global rally has slowed this week, the general consensus is that a bright future awaits.

“The vaccine has been the big prize for risk markets as healthcare concerns see a rapid drop in the global virus counts in the second half of next year. This will result in a collective demand lift for the world economy, (while) global geopolitical risk has also diminished after the US presidential election.”

Traders were keeping tabs on developments in Washington after House Speaker Nancy Pelosi threw her support behind a $908-billion compromise relief package proposed by a bipartisan group of lawmakers on Tuesday. The proposal is half what Democrats had previously been pushing for.

OANDA analyst Craig Erlam admitted the latest proposal was unlikely to be passed but added: “The best hope may be something negotiated alongside the funding bill which is needed to avoid a partial government shutdown on 11 December.

“But any agreement would likely be very short-term and warrant more action early in the new year. Still, better than nothing which is the best we can hope for, it seems.”

The need for a rescue package was highlighted by data showing fewer private jobs than expected were created last month, while the Federal Reserve’s report on the state of the economy showed four of 12 regions seeing little or no growth, and four others seeing activity begin to dip last month.

Meanwhile, coronavirus continues to surge, with the US on Wednesday registering the most daily deaths since April, while almost 200,000 new infections were reported.

The pound was facing pressure after European Union top negotiator Michel Barnier warned he could not guarantee a post-Brexit trade deal would be agreed with Britain before a December 31 deadline.

OPEC and other major producers will meet later in the day to try to hash out an agreement to extend output cuts over the coming months. While the talks have stumbled this week, many still expect they will eventually push back the end of the current production cuts from January 1, 2021 to April 1.