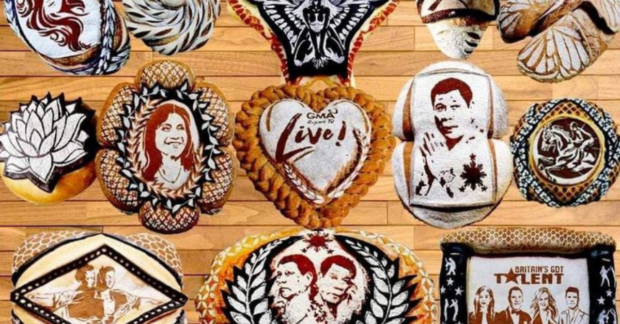 A 29-year-old baker from Cebu City bakes his way to continuing his passion amid the pandemic, by creating art with artisan bread.

Marlo Pimentel Lidot of Malabuyoc town in Cebu province, who is currently staying in the city, shared with INQUIRER.net photos of his beautifully crafted baked bread on Thursday, Oct. 29.

Lidot is an experienced commis baker who resigned from his hotel job in Cebu City in March to grab a job opportunity in Maldives as a baker. Unfortunately, his employer had to cancel his employment last September due to low occupancy in the business caused by the coronavirus pandemic.

“Gusto ko talaga ng tinapay noon pa (I have long been fond of bread),” Lidot told INQUIRER.net, as he also narrated the predicament he had when he lost the job opportunity.

(I was just waiting for my working visass which would have taken me three to four months to obtain. Then, Maldives declared a lockdown. And I only found out last September when my employer texted me that they will no longer give me the job because of low occupancy.)

After his job opportunity was canceled, he thought of using his baking skills as a source of income and decided to post his products on his personal Facebook account. Later on, he also created his own Facebook page called the Artisan Bread Basket Online Store to help him promote his baked goods online. 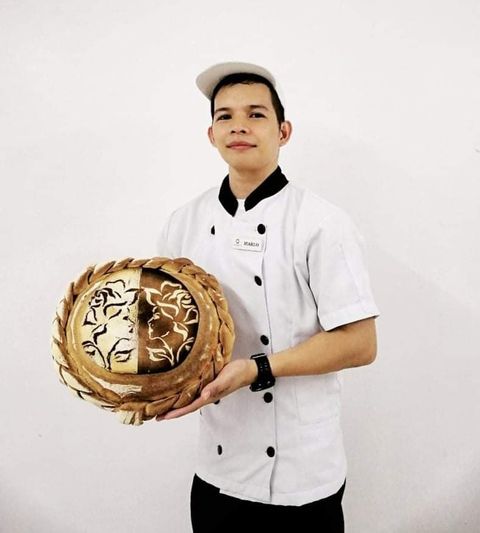 “During this process, I discovered my own craft in baking artisan bread with different image designs,” Lidot said. “Despite the pandemic, I became more positive and determined to bake, hoping to inspire all Filipinos and Cebuanos, especially my fellow bakers, to keep going and [to] stay strong.”

His idea of creating art in the form of artisan bread was inspired by his international contacts on LinkedIn who are also into baking artisan pastries. His take used handmade designs to fit his own business concept.

“When I post it on my LinkedIn account, I can’t believe it, they really appreciate and cheer [for] my works,” Lidot told INQUIRER.net.

It takes him one hour to finish adding creative touches on each artisan bread, depending on the design. Lidot said he can produce up to six to eight artisan breads in a day.

Currently, Lidot’s bread products are made to order online, as he still has no physical shop of his own. His artisan bread which measures 14 x 10 x 4 inches costs P650 per single photo design and is only available in the Cebu City area.

He operates his business by himself for now and has only been using his baking tools and equipment at home. He still applies the techniques and strategies which he learned from his previous job, to maintain the taste and quality of his pastries.

His bread creations include the images of the Blessed Virgin Mary and Jesus Christ; faces of known politicians such as president Rodrigo Duterte and vice president Leni Robredo; Hollywood personalities such as Marilyn Monroe and Taylor Swift; and other customized designs based on clients’ requests. 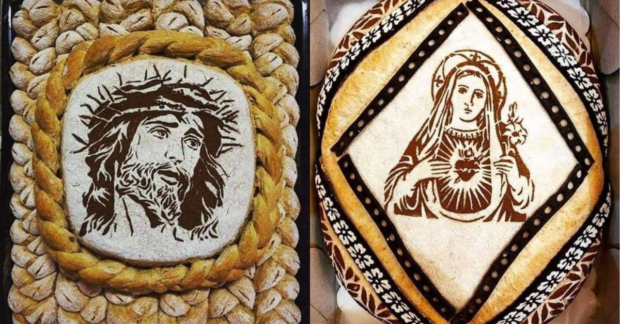 Images of Jesus Christ and the Blessed Virgin Mary handcrafted on the artisan bread. Image: courtesy of Marlo Pimentel Lidot/Facebook 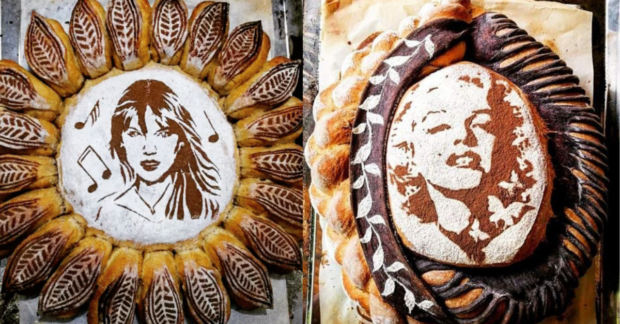 Orders may be delivered to the buyer’s place or picked up from Lidot’s area. He recommends that buyers, for now, make their orders via pick up or meet up options, to ensure proper handling, especially since their top portions are delicate.