Starting a business in the midst of a global pandemic is no easy task, especially for local communities whose livelihood has greatly been affected. Yet, two sisters in the province of Tawi-Tawi hope to change perceptions, ease the struggles of their community, and stick to the principle that “no communities and students should be left behind.”

Sisters Alyssa Sahali Tan, 21, and Dayang Sahali, 23, who are Tausug and from the Jama Mapun tribe of Tawi-Tawi—the southernmost island province in the Philippines and part of the Bangsamoro region in Mindanao—created a startup that aims to ease the hard lives of farmers in their community through selling organic, locally obtained and produced seaweed chips. 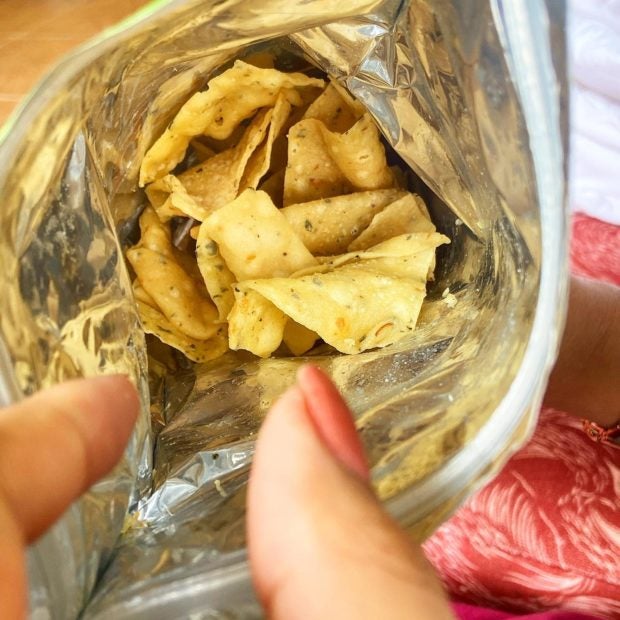 “We wanted to create a startup where we incorporate foreign concepts such as sustainability, inclusivity and innovation, and be able to utilize it down to the grassroots to help the local communities,” Alyssa Sahali told INQUIRER.net in an interview.

Being based in Manila for years, the Sahali siblings have seen and compared the difference between living in the metro and the life they had in the province.

As Tawi-Tawi is a province rich in untapped resources, they thought of doing something to share its beauty [with] their fellow countrymen. With that, the Sahalis decided to do it in a manner that is “fitting and accessible for everyone,” which is through food, particularly producing snacks that are healthy and ethically sourced, produced and distributed. 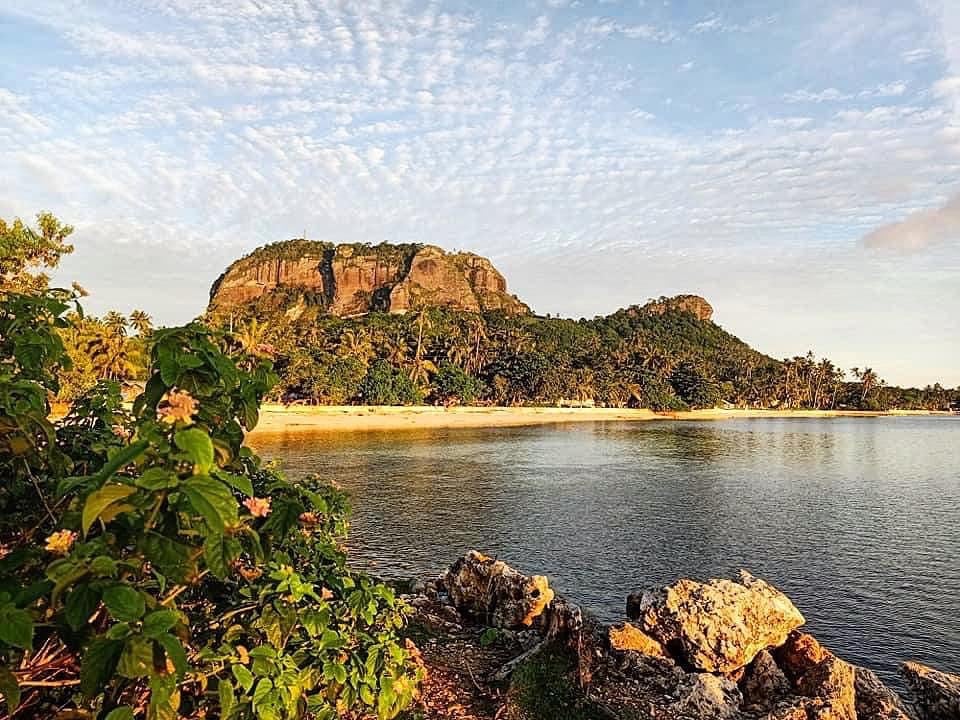 “One of our key aspirations is to change [the] perceptions [of people] about Mindanao. Mindanao’s beauty is something that you can’t just write about. You have to let people see and experience it. It is rich in culture, arts and natural resources,” said Sahali.

In 2016, the Sahali siblings began offering the country’s first and original seaweed chips through their enterprise called “Mangan by Imán.”

The word “Mangan,” which means “to eat,” is derived from the Sinama language of Sama-Bajau people of the Sulu Archipelago, one of the languages spoken in Tawi-Tawi; while the Arabic word “Iman” means “faith” which, according to Sahali, is relevant because the majority of the people that reside in their province are Muslims. She said it reminds them that through faith, they can surpass any circumstances. Additionally, Iman is also the second name of their founder, Dayang Iman.

“We wanted to name it simple, but at the same time, we knew that the word “Mangan” also means to eat in languages like Kapampangan. It highlights how Filipinos have an attachment to gastronomy and also how we find a common ground on concepts [or] things like language and food,” Sahali said as she further talked about the backstory of their business’ name which holds a special meaning for them.

When it comes to the sourcing and production of seaweed chips, the Sahali siblings have asked different local agricultural and seaweed farmers to source their ingredients locally to sustain their sea-to-table or farm-to-table business concept.

“We go directly to our farmers when we need their produces so we can help them financially and sustain the development of their livelihood—skipping the middlemen, hence more income for them,” Sahali said. 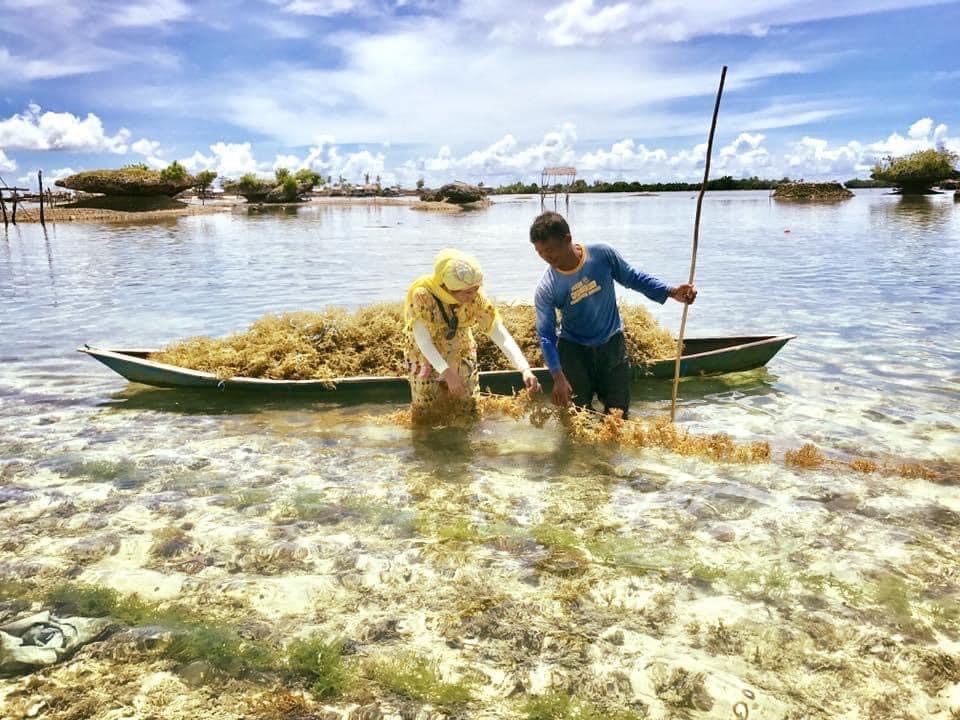 The seaweed farmers who are from the ethnic group Sama-Dilaut, more commonly known as Badjaos, are among the residents of Tongbangkaw, an island barangay in Tawi-Tawi, while the agricultural farmers who are also from the same town were assigned in other barangays, depending on the type of their produce.

The manufacturing process, on the other hand, is done and managed by unemployed mothers and housewives to economically empower them, especially during these trying times. 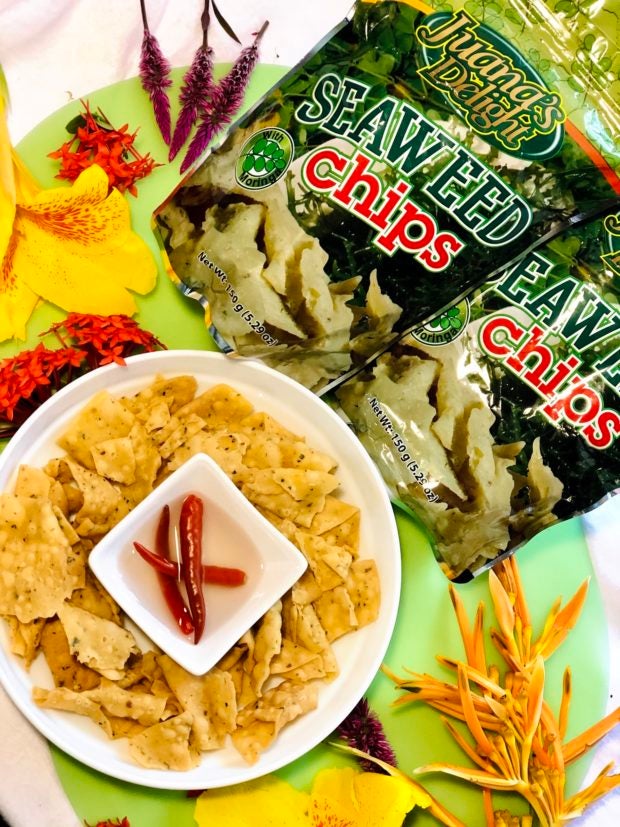 As seaweed chips are normally seen in public markets and usually imported from East Asian countries, Mangan by Imán’s snacks is specially made from fresh edible seaweed, added with natural spices, and not with processed nori sheets. The chips are then fried in vegetable oil, and placed immediately inside the packaging to maintain its quality. It costs P120 per pack.

A snack for a cause

For the Sahali siblings, this venture is not only their advocacy but rather an “ode to Tawi-Tawi.” And to whoever asks them about their initiative, they always tell others to think of it as a cycle.

“[The] local farmers source the ingredients to be used, the unemployed mothers and housewives produce our products, and then, a generous amount of the profit will be set aside to support the education of indigenous children, specifically the Badjao students of Panglima Sugala Sailing Boat School,” Alyssa Sahali told INQUIRER.net.

“We think this is important because their non-traditional learning system is oftentimes overlooked especially now that the classes are conducted fully online. My sister and I are lucky to have access to quality education, but not everyone is in the same boat.”

In order to bridge the gap, the Sahalis decided to help chosen beneficiaries in their community through monetary and tangible means like school supplies and necessary equipment. 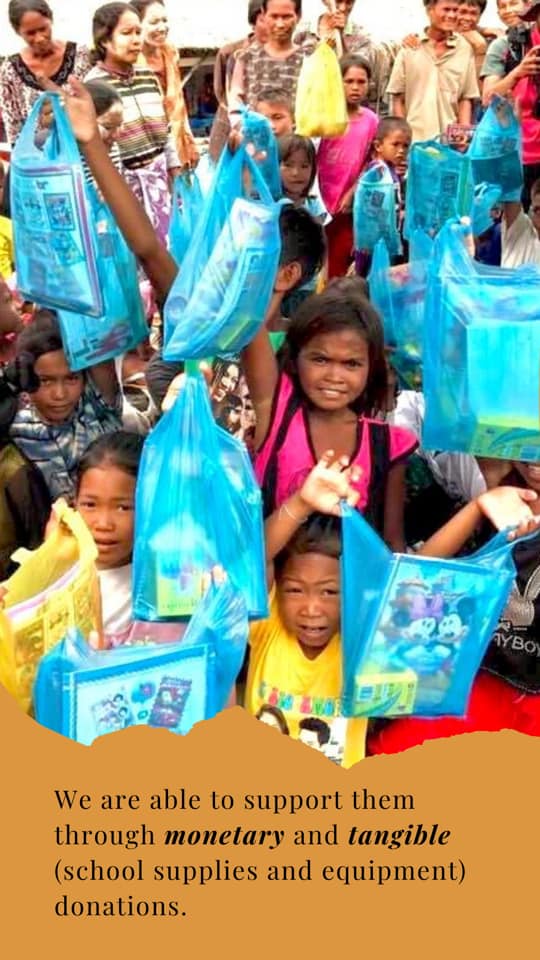 Badjao students of Panglima Sugala Sailing Boat School were given school supplies by the Sahali siblings. Photo courtesy of Mangan by Imán/Facebook

Recently, they gave free tablets to three Tawi-Tawi students for use in their online classes. Furthermore, the Sahali siblings said they also have a fundraising campaign, a significant portion of whose proceeds is intended not only for the medical frontliners in the province but also private beneficiaries.

“Our brand is all about giving back to our beloved province. From providing extra income to the farmers, to the women for their empowerment, to lobbying education, and now, to support our frontline workers,” Sahali said, adding, “Whatever else we can do to support our province, we will do it.”

According to Sahali, more products are in store for Mangan by Imán, which will be released once the threat of the COVID-19 lessens. For those interested to avail of their products, inquiries may be sent to them via email at [email protected] or through their official Facebook page and Instagram account.  /ra