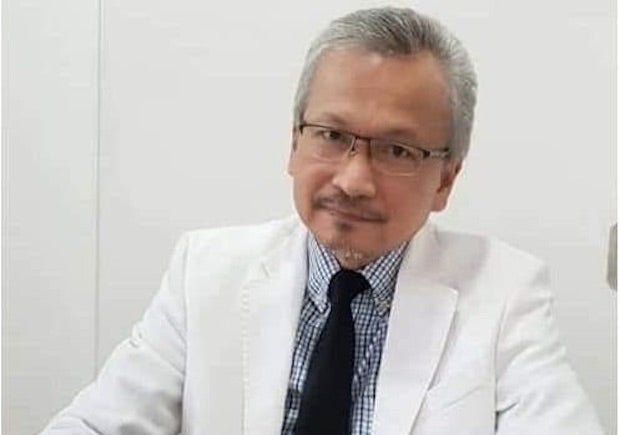 Science should be the basis of regulation and not political or ideological agenda, says Dr. Lorenzo Mata Jr.,
president of Quit For Good, a group that advocates sustainable ways for smokers to quit.

MANILA, Philippines — A medical expert urged the Food and Drugs Administration to base the proposed vape and heated tobacco regulations on science — not on fiction — in the wake of the beleaguered agency’s admission that it received funding from foreign anti-tobacco organizations.

“Science — and there is an abundance of curated and peer-reviewed studies out there — should be the basis of regulation. Not political or ideological agenda,” Dr. Lorenzo Mata Jr., president of Quit For Good, said in a statement sent to INQUIRER.net on Tuesday.

Quit for Good is a group that advocates sustainable ways for smokers to quit.

The FDA has conducted two public consultations during which members of Congress compelled it to admit receiving funding from The Union and Bloomberg Initiative, US-based philanthropies working to eliminate use of any tobacco product.

The admission triggered calls for a full-blown congressional inquiry into the issue.

Mata noted that his group participated in the FDA public consultation “hoping for a robust and substantive discussion on science not fiction.”

But he said, “We were treated to a farcical consultation, a mere tick-the-box exercise for the sake of simply holding one.”

“We have been advising the FDA that regulation should be based on the risk profile of products,” he added. “The greater the risk to one’s health, the stricter the regulation, not the other way around. The World Health Organization has in fact conceded before the Philippine Congress that e-cigarettes are substantially less harmful than cigarettes. So why regulate them the same as cigarettes?”

According to the same statement, Joey Dulay, president of the Philippine E-Cigarette Industry Association, lamented the attitude of some people towards alternative nicotine delivery systems.

“The vaping industry is being treated unfairly. We are not the enemy here. Combustible cigarettes that bring 88,000 deaths per year are our common enemy. Why is vaping treated worse than smoking?” he said.

Stressing his point, Mata cited one of the requirements under the FDA guidelines.

“I reviewed the pre-application documentary evaluation (PADE) provision and I am sorry to say that it is not a different pathway as the FDA claims it to be for HTPs (heated tobacco products) and Vapor Products,” Mata said.

“This is exactly the same process a drug or a medical product would go through. These products are not pharmaceutical products or anything close to it. So PADE should not be applied to HTPs or Vapor products,” he added.

Some of the provisions on the FDA proposed guidelines, according to Dulay, “are almost impossible to comply with.”

“Small players will be driven out of business and new players will find it extremely difficult to enter the sector,” he said.

The FDA conducted online public consultations on the guidelines for e-cigarettes and HTPs last Oct. 6 and 8.

Mata noted that there was “obviously a conflict of interest here.”

“We are therefore constrained to believe that the industry is unfairly being treated by FDA in this regard, the reason now for these almost impossible guidelines,” he went on. “Everyone here is asking for fairness and for the protection of the interest of everyone concerned, especially for those whom these products were intended for.”

“This is shameful and scandalous. A Philippine regulatory body receiving money from American businessmen to draft a set of regulations they cannot even get passed in their own country,” Mata added.  “Tobacco prohibition did not work in the US and they want it imposed in the country with over 2 million Filipinos depended on tobacco for their livelihood.”

He called it a “sorry state ” for an industry offering 16 million Filipino smokers an alternative to combustible tobacco — “the deadliest product in the market.”

For his part, Dulay said: “What about the 1 million Filipino vape users who found it hard to quit cigarettes and have switched to what the growing evidences says is the better alternative? Does the FDA want them to go back to smoking cigarettes?”

“These are the views we want to offer to the FDA if only they would genuinely listen to stakeholders,” Mata said.

Revilla, headed to face-to-face meeting, fumes after road ordeal he blames on RFIDs