The use of gold in architectural structures and iconic landmarks can be traced to earlier civilizations.

Romans built the Domus Aureau, or the “golden house,” which had gilded mosaics on the ceiling, while Byzantine structures featured ceilings coated with gold.

While gold symbolizes opulence because of its rarity and its high market value, this precious metal is used in architecture not only for its unique appearance but also for its durability and reflective properties. With high malleability, gold can be pressed into thin sheets called “gold leaf” without crushing the material. This makes gold leaf, also known as gilt, easy to apply on any irregular surface.

Gold is also used in religious structures, most notably in Buddhism due to its supposed association with spiritual power. That’s partly because its material is permanent—it does not corrode or rust. Most temples have gold on its roofs because it is said to “double the light of heaven” and reflect the light down to the people.

In modern architecture, gold helps make buildings energy efficient and allows buildings to stay cool in the summer and warm in winter. The flexibility and versatility of gold make it an ideal material in architecture. It, however, comes with a hefty price tag. Architects in recent times have found creative ways to build contemporary structures that embody the qualities of gold, without using much of this expensive metal. 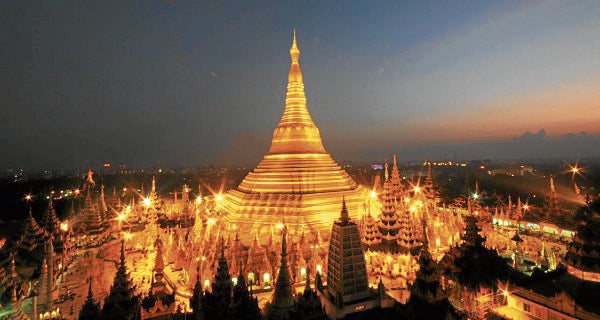 Considered the most sacred stupa in Myanmar and one of the most important religious repositories in the world, the Shwedagon Pagoda is clad with hundreds of gold plates. The top of the stupa is entirely covered in gold and encrusted with 4,531 diamonds, the largest of which is a 72-karat diamond, and other jewels. Rising 100 meters high, Shwedagon Pagoda sits on top of a hill, making it easy to locate from any part of Yangon, while its gilded roof is said to illuminate the whole city. It is also believed that the strands of hair of Gautama Buddha, a robe of Kassapa Buddha, and a water filter attributed to Konagamana Buddha are enshrined within the pagoda.

Queen Shin Sawbu is said to have started in the 15th century the tradition of donating gold to the pagoda. This was followed by devotees from Myanmar and other parts of Asia, as well as monarchs who believed that they would gain merit in this life and in future lifetimes. 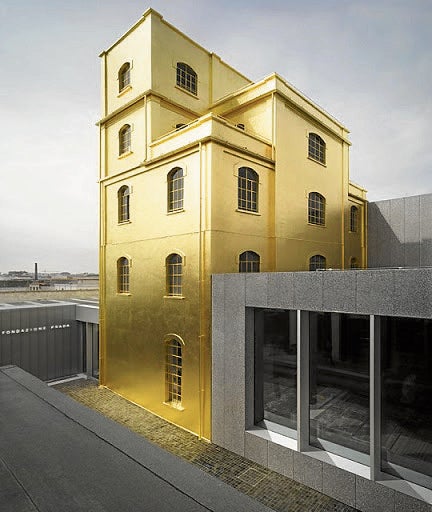 Haunted House at the Fondazione Prada

This architectural project of Prada and Dutch architectural firm OMA preserved most of the structures in the former distillery and enhanced them by applying gilt on the facade. The walled compound was opened in 2015, more than two decades after Fondazione Prada started art exhibitions in Italy and other parts of the world in 1993. 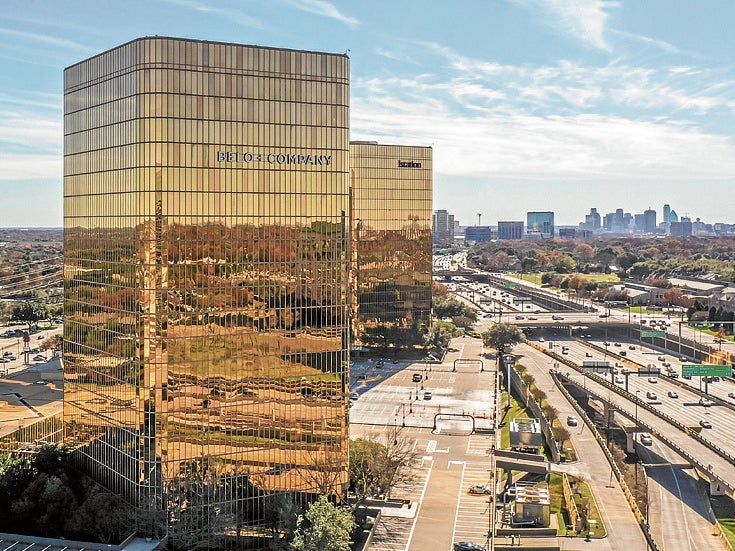 The 20-story twin towers of the Campbell Centre are touted as iconic structures in Dallas because of their mirrored glass exteriors with a microscopic coating of real gold. This makes the buildings more energy efficient than conventional designs because they are able to reflect as much as 90 percent of the sunlight. The first tower, which was among the first in Dallas to have mirrored glass windows, was built in 1972, while the second building was constructed five years later. In November last year, it was reported that the gilded twin towers were up for sale after these underwent a series of renovations. 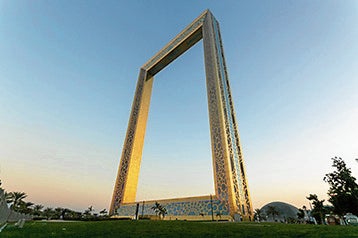 This new architectural marvel in Dubai towers over the city at 150 meters high and 93 meters wide. Although not made of real gold, the Dubai Frame is covered with more than 15,000 sqm of gold-tinted stainless steel and is made with 9,900 cubic meters of reinforced concrete, 2,000 tons of steel and 2,900 sqm of laminated glass.

Also known as “Berwaz Dubai,” Dubai Frame’s rectangular design was inspired by the “golden ratio” of 1.618 which, in architecture, provides a sense of structural balance. It also has photovoltaic cells to collect solar energy. Launched in 2018, the structure has a glass-floored walkway and an observation deck, which provides visitors panoramic views of the residential neighborhoods of “old Dubai” to the north, and skyscrapers in “new Dubai” to the south.

This new residential landmark across Ninoy Aquino International Airport (Naia) Terminal I sets the gold standard in the townships of SM Development Corp. (SMDC). The buildings in this 11.6-ha masterplanned community stand out in daylight and even nighttime with its aureate facade. The architectural design, although not made of actual gold, embraces the qualities of gold—elegance and durability. Its floor-to-ceiling windows in its lobby allow for natural light to come in, while copper and gold accents on the floor add a luxurious touch.