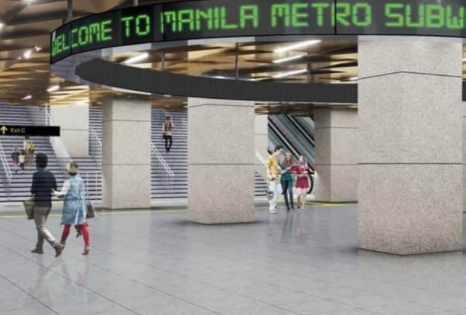 Artist’s rendition of the Metro Manila Subway. Image courtesy of the Department of Transportation (DOTr)

MANILA, Philippines — The planned Metro Manila Subway will be flood-proof, all thanks to the experience of a Japanese firm serving as the contractor for the project, the Department of Transportation (DOTr) assured on Saturday.

DOTr Secretary Arthur Tugade cited JIM Technology (JIMT) Corporation’s experience, skills and technology as his proof that the project will be flood-resilient.

The DOTr chief further said that JIMT “has long histories of experience and in putting up subways similar to what we want to happen at the Manila Subway station.”

“Bear in mind that the location in Japan is worst than location the Philippines, where it is below sea level as they may call it. The subways in Japan are never flooded and they are using that technology,” Tugade said.

The DOTr said that the Metro Manila Subway project, dubbed as the “project of the century,” will commence partial operations on 2022, and will become fully operational by 2026.

The 35-kilometer subway project, which is also the Philippines’ underground railway system, is expected to serve 370,000 passengers daily in its first year of full operations.