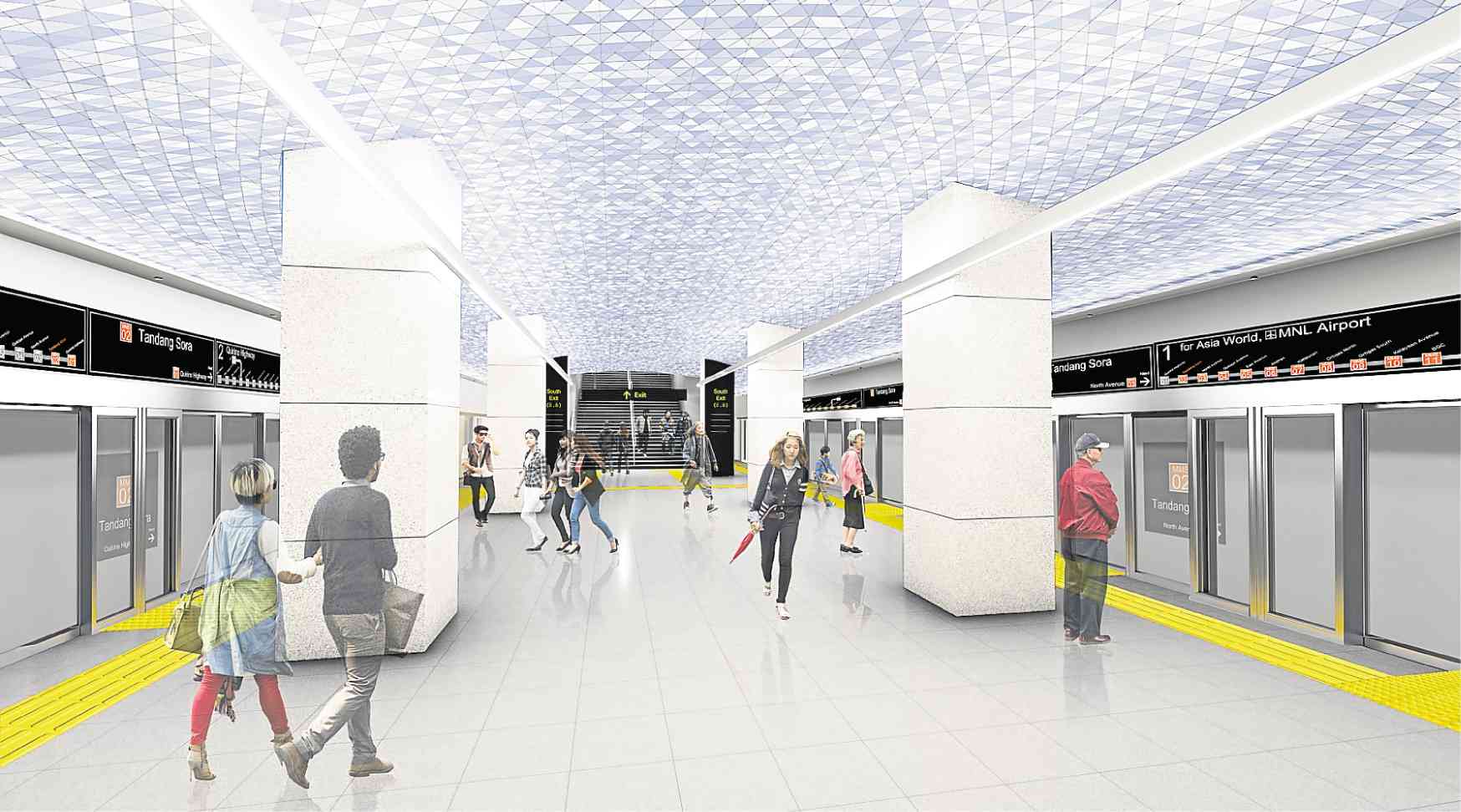 The country’s first subway project appears on track to become a reality that will help transform Metro Manila’s image as a congestion case study into a more efficient and functional metropolis.

Infrastructure completion targets are as fluid as the policies that shift between administrations. But the country’s economic managers are correct in championing the subway project, one of the defining components of their “Build, Build, Build” infrastructure program.

Socioeconomic Planning Secretary Ernesto Pernia had called the subway “the project of the century for the Philippines and Metro Manila.”

Facing concerns the DOTr will fail to complete the project, Tugade once remarked, “to those doubting us, believe us when we say we will do it.”

The Metro Manila subway won the approval of the National Economic and Development Authority (Neda) Board in September 2017.

The loan will have an interest rate of 0.1 percent a year and a repayment period of 40 years, including a 12-year grace period.

The Metro Manila subway will span 35 kilometers and will run from the ongoing common railway station in Mindanao Avenue, Quezon City, through the Ninoy Aquino International Airport (Naia) in Pasay City. Key areas along its alignment include the Ortigas business district in Pasig and Bonifacio Global City (BGC) in Taguig.

QC to Naia in 40 minutes

Once fully operational, travel time from Quezon City to Naia will be reduced to about 40 minutes from almost two hours—slashing the heavy economic cost from congestion and in the process increasing productivity. The DOTr expects the subway will initially serve some 370,000 riders a day.

The final alignment was chosen based on project cost, demand forecasts, connectivity to business districts, earthquake and flood risk as well as noise and vibration.

Moreover, the tunnel structure will be a double, single track with a standard diameter of 6.8 meters. The trains will travel at a scheduled speed of 35.6-48.5 km per hour, the DOTr-Jica summary showed.

The vision for a Metro Manila subway dates back to the early 1970s, in the midst of the Japanese Economic Miracle after World War II.

It was during this time the Jica forerunner known as the Overseas Technical Cooperation Agency proposed a series of heavy rail projects, including subways, for Manila.

Instead of subways, succeeding governments focused on elevated trains, starting with the Light Rail Transit Line 1 in the early 1980s.

The main argument against a Manila subway system was its lack of feasibility given the huge cost.

A subway project was again mentioned in a 2014 Neda-Jica “Transport Roadmap” for Metro Manila and nearby areas under President Benigno Aquino III.

During the same administration, it took the form of a 12-km Makati-Pasay-Taguig Mass Transit System Loop. With a project value of P374.5 billion, the subway system eventually stalled on cost concerns and right-of-way for the proposed stations in BGC.

Metro Manila’s worsening traffic jams and unreliable trains paved the way for the Duterte administration to revive the subway project in 2016.

This time, economics favored an underground train. In 2017, Jica estimated that the economic cost of congestion in Metro Manila amounted to a staggering P3.5 billion a day. Left unchecked, the figure would balloon to P5.4 billion by 2035, Jica said.

The Neda board approved the project that same year and financing was secured in 2018.

The DOTr said actual drilling activities for the Metro Manila subway would start by next year. Currently, it is assembling the massive tunnel boring machine, which is arriving in parts.

Last February, the department also announced that the first phase of the subway project will be built by a venture comprised of Shimizu Corp., Fujita Corp., Takenaka Civil Engineering Co. Ltd. and Filipino contractor EEI Corp.

The subway project will dramatically alter how those living or working in Metro Manila use mass transit.

Real estate brokerage and consultancy firm Leechiu Property Consultants said real estate prices within a kilometer of a subway station are set to increase, Quezon City being a prime beneficiary.

The company is tracking a slew of other big-ticket infrastructure projects within Metro Manila as well as those providing links to nearby provinces. Among these, an elevated expressway connecting the northern and southern portions of the capital, the MRT-7 to Bulacan and the Cavite Laguna Expressway.

“We have never built this many projects and [expect to] complete them in more or less the same time,” Leechiu said.

The Metro Manila subway is the biggest in the more than P1-trillion railway pipeline.

The DOTr said it wanted to build about 322 km of new railway lines by 2022 from the current 77 km. When counting projects under construction, that footprint will increase to 1,900 km. These will include the LRT-1 extension to Cavite, the 147-km North-South railway, which will link Calamba in Laguna to Clark in Pampanga via Manila, and the first phase of a massive Mindanao railway project.