Powering up the Philippines: How First Gen is paving the way for clean energy | Inquirer Business

Powering up the Philippines: How First Gen is paving the way for clean energy

Scientific evidence shows that, as far as causes and effects are concerned, there is a strong correlation between the environmental crisis and the coronavirus pandemic. Deforestation and unbridled wildlife trade most likely caused the inter-species transfer of the coronavirus, while constant exposure to air pollution generally weakens humans’ respiratory systems making them more vulnerable to the extremely infectious disease. Expansive air travels significantly contributed to the quick spread of the virus. Meanwhile, the pandemic-induced lockdowns enforced in many parts of the world have greatly reduced the amounts of carbon emission, which is the biggest source of the greenhouse gases that are heating the planet to dangerous levels.

The key lesson from the pandemic, environmental scientists say, is the need for governments and businesses to pay more heed to scientific warnings.

Taking into consideration these warnings and the actual massive detriment that global warming causes both to humanity and the planet, it is no wonder that millions of voices all over the world are joining forces to clamor for clean and green energy solutions.

Philippines, being geographically located along the Pacific Ring of Fire and the Typhoon Belt, is one of the most disaster-prone countries. In an attempt to address this, and as part of an initiative to comply with the Paris Agreement, the government issued a policy to fast-track the development of renewable energy sources and to reduce dependence on traditional energy sources such as coal. 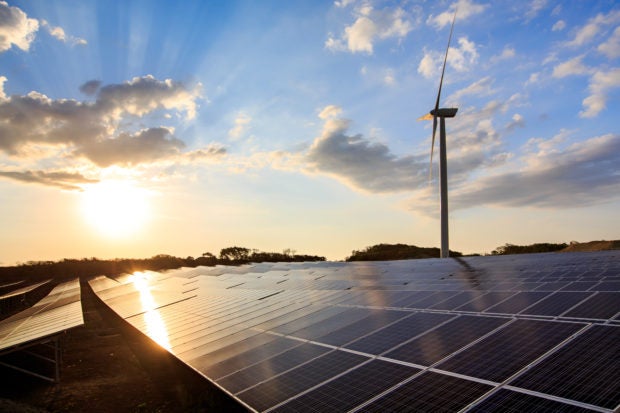 First Gen is widely known as the leading, world-class power generation company that blazed a trail for the natural gas industry in the Philippines. Its corporate commitment is to lead the country’s transformation towards a cleaner decarbonized world by meeting the needs of the growing energy market with competitive and efficient energy and power generation assets with the least impact to the environment. To this end, First Gen’s energy portfolio is purely composed of power sources that are green and good for the environment. In 2019, the company provided 21 percent of the country’s power supply needs without using coal power. With 0% coal, the company generates electricity that is both good for us and generations to come.

Instead of coal, which is proven to be hazardous to health and the environment, First Gen uses five sources of energy that are clean and inarguably environment-friendly.

Natural gas is one of the world’s safest sources of energy and is the cleanest-burning hydrocarbon, producing only around half of the carbon dioxide and one tenth of the air pollutants of coal when burnt to generate electricity. Being a recoverable resource, it is abundant. It is also versatile, making it easy to ship, and flexible, making it a good partner to other renewable sources of energy. It is odorless, colorless, and non-toxic. First Gen has four (4) natural gas-fired power plants, namely the 1000-MW Santa Rita, the 500-MW San Lorenzo, the 420-MW San Gabriel, and the 97-MW Avion.

Hydropower, which generates electricity from flowing or streaming water using turbines and generators, is a sustainable, green energy source that does not produce greenhouse gases that pollute the atmosphere nor contain any toxic by-products that harm the environment. Hydropower plants are reliable and flexible because their power output can easily be adjusted based on current needs. Considering the low costs of operation and maintenance, they are also economical. In addition to being a sustainable form of energy, hydropower plants also help with flood control, irrigation, and water supply. First Gen has three (3) hydroelectric power plants –the 132-MW Pantabangan and Masiway and the 1.6-MW Agusan Mini-Hydroelectric Plant.

Geothermal power plants use heat from beneath the earth’s surface that creates steam, which powers turbines to generate electricity. There are five types of sources of geothermal energy — dry steam, wet steam (hot water + steam), geothermal water (hot water or steam + water), dry hot rocks warmed by magma, and magma. Unlike coal plants, which burn fossil fuels to create steam, geothermal plants simply use the high temperatures from the earth’s core to do the job, and are thus a source of clean, renewable energy. Unlike other renewable energy sources, geothermal energy is more reliable because it is not intermittent. First Gen maintains 12 integrated geothermal power plants in the country, namely: the 232.5-MW Malitbog (Leyte), the 180-MW Mahanagdong (Leyte), the 125-MW Upper Mahiao (Leyte), the 123-MW Tongonan (Leyte), the 50.9-MW Optimization (Leyte), the 120-MW Bacman I (Bicol), the 20-MW Bacman II (Bicol), the 112.5-MW Palinpinon I (Negros Island), the 60-MW Palinpinon II (Negros Island), the 49.4-MW Nasulo (Negros Island), the 52-MW Mindanao I (North Cotabato), and the 54-MW Mindanao II (North Cotabato).

Electricity is produced when energy is converted by the movement of wind turbine blades driven by the wind. Aside from being a renewable source of energy, the impact of wind power on the environment is one of the lowest, as it produces zero emissions, and also saves billions of gallons of water every year. Wind farms have relatively small footprints, leaving up to 98% of the land undisturbed and free for human and wildlife use. Also, wind turbines can easily be built on existing farms or ranches. First Gen takes pride in its 150-MW Burgos Wind Project in Ilocos Norte.

Solar energy is obtained from the sun’s radiation that is convertible to electricity. It is the cleanest and most abundant renewable energy source there is. Not only can it generate electricity, it can also be used to heat water for commercial or domestic purposes. It works best with natural gas when sunlight is low. Solar energy production does not create any noise, and the installation of solar panels entail least disruption to the environment. First Gen maintains one solar power project, the 6.8-MW in Burgos, Ilocos Norte.

With only the right energy source that First Gen provides, the electricity that is powering up all the appliances and gadgets in your home, and all the equipment in your workplace, can be clean, green, and guilt-free.