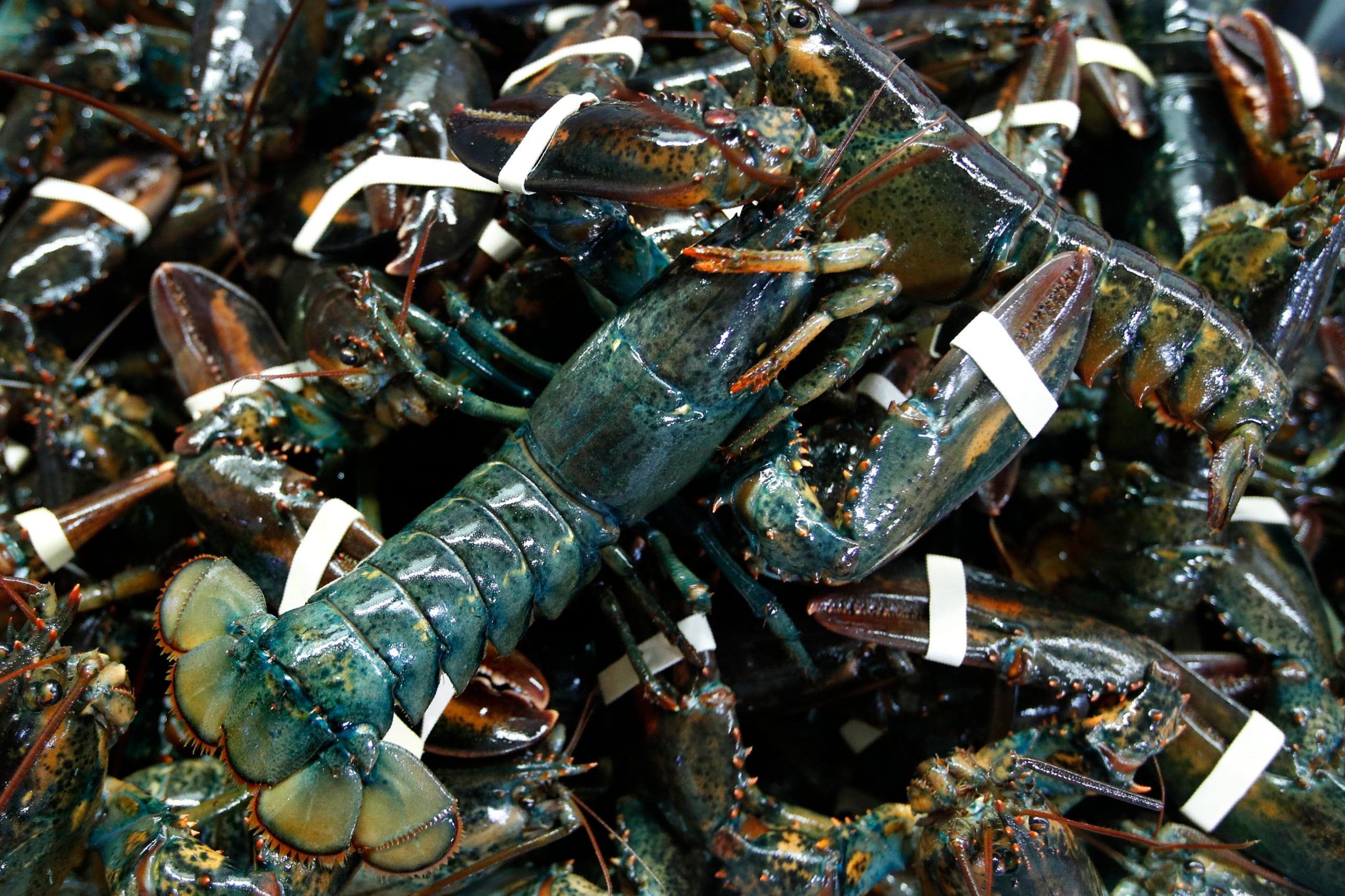 In this March 13, 2020, file photo, lobsters await shipping at a wholesale distributor in Arundel, Maine. The United States and the European Union have announced a modest agreement to cut tariffs on less than $300 million worth of annual trade between them. The EU will drop import taxes on U.S. lobsters for the next five years and will work to make the move permanent. (AP Photo/Robert F. Bukaty, File)

In a big win for Maine’s beleaguered lobster industry, the European Union agreed to drop its 8% tariff on U.S. lobsters for the next five years and to work to make the move permanent.

For its part, the United States agreed to cut in half tariffs on EU imports worth about $160 million a year, including some prepared meals, crystal glassware, and cigarette lighters. The tariff cuts are retroactive to Aug. 1.

U.S. lobster imports to the EU came to about $111 million in 2017 before falling off in the face of rising tensions between the trading partners and an EU trade agreement with Canada that favored Canadian lobster. Maine’s lobster industry had pleaded for relief.

“This is a great piece of news,” said independent Sen. Angus King of Maine. “The lobster industry has been under a great deal of pressure.”

“This will level the playing field between Canadian and Maine lobsters,” Republican Maine Sen. Susan Collins said in Kennebunkport, Maine, where she had lunch with former President George W. Bush and his wife, Laura, at their summer home.

King noted, though, that it might take a while for Maine lobster producers to redevelop relations with European customers who have been buying from Canada.

Overall U.S. lobster exports dropped 19% last year to $561 billion from 2018. They are down another 43% this year as the coronavirus pandemic has paralyzed global trade.

The pact announced Friday covers a fraction of U.S.-EU trade, which came to more than $1.3 trillion last year. The limited deal is part of ongoing trade negotiations that were announced in 2018.

“We intend for this package of tariff reductions to mark just the beginning of a process that will lead to additional agreements that create more free, fair, and reciprocal transatlantic trade,” U.S. Trade Representative Robert Lighthizer and EU Trade Commissioner Phil Hogan said in a joint statement.