The Alibaba Group kicked off the Taobao Maker Festival 2020, with a series of online and offline activations, and a caravan tour in the four major cities of China, for the first time. The Taobao Maker Festival (TMF) is an annual gathering championing makers and innovators of Taobao, China’s leading social commerce platform. Since its inception in 2016, TMF is Taobao’s signature annual event and with this year’s theme “New Blood”, TMF will take a unique approach and up the ante by combining a virtual exhibition plus a 20-day caravan roadshow visiting the cities of Hangzhou, Xi’an, Chengdu, and Wuhan, to meet and engage with young fans from all over China.

This year’s TMF is even more revved up because it will involve enhanced in-app interactions and a host of content via short-form videos and live-streaming on the Taobao Mobile app. 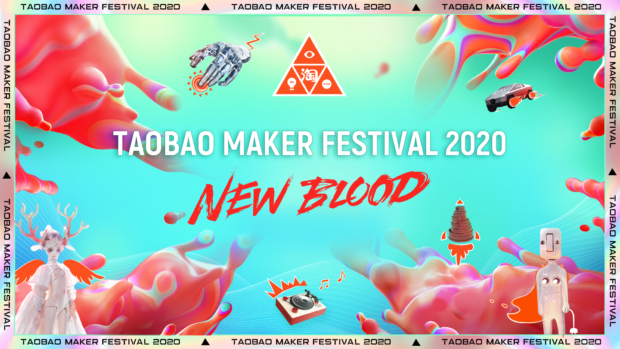 TMF is making a special innovation this year, for 4 days starting from August 10 2020, Taobao will launch its online exhibition, supported by Taobao Life, a 3D avatar-based virtual world where young creators and users could generate their own avatar and tour the exhibition pavilions and interact with the virtual figures of celebrities. This year’s booths revolve around six themes including fashion, technology, food, anime and games, novel designs, cultural heritage, and curiosities.

To coincide with TMF’s fifth anniversary, Taobao will also launch a new rating system that will reward outstanding young creators and small businesses with greater market exposure by spotlighting their creativity and making their products more accessible to over 840 million China retail marketplaces users.

For the first time in five years, TMF will hit the road via a double-decker truck and bring this annual ‘celebration of creativity and originality’ and its creators closer to its local fans (especially college students) across four major cities in China, namely Hangzhou, Xi’an, Chengdu and Wuhan. This caravan will feature 150 of Taobao’s most sensational and out-of-the-box creative merchants and their products. By doing so, creators and their products will be connected directly to offline consumers as well as those who have been livestreaming them throughout the month, and to online audiences around the country as well.

“Taobao Maker Festival always showcases the lifestyle, creativity, and passion of the young in China and this year, instead of you coming to the huge exhibition, we are going to bring the festival to you,” Chris Tung, Chief marketing officer of Alibaba Group, said. “These young people are leading the way. They are tech innovators, fashion designers and gadget makers who come to Taobao to launch their stores, to introduce what they stand for and to make friends. It goes beyond a buy-and-sell relationship. Our makers are creating communities and telling stories.”

Tung said the mini-festival and roadshow will bring him and well selected creators in a 3,900 kilometer-trip and they will be on and off the road in an approximately 500-hour and 20-day travel to bring TMF to meet-and-greet its local fans.

A community for youth creativity

Taobao is known in China as the biggest marketplace for the younger generation.

Consumers born in the ‘90s now make up the majority of users on Taobao, surpassing the number of shoppers born in the ’80s. But beyond shopping, Taobao is also a virtual community that provides leisure, entertainment, and interactive experiences. Internet celebrities and merchants can interact with consumers through livestreaming, short videos and Weitao (Taobao’s own social app), or they can make recommendations based on customer demand. Consumers can learn about products and new trends, for example, by watching Taobao Live and playing games within Taobao Life.

Taobao helps revitalize traditional culture as it features product that highlight elements of traditional Chinese culture. In 2019, tens of millions of young people searched for products related to the Forbidden City on Taobao, and the search volume for ‘hanfu’ (traditional Han-style clothing) doubled.

One of the featured Taobao store owner is Wu Qiuqiao, a young lady who produces handmade cat costumes with hints and inspirations from China’s Old-World Charm and ancient heritage. “I love cats so much and making traditional Chinese costumes for them is a personal interest. It takes 2 months to design and make these costumes but Taobao’s extensive online tutorials and dedicated merchant-support team made it easy for me to launch my business from scratch. Taobao really provides support to young people like me to live my dream,” she said. Qiuqiao also designs Japanese kimonos for cats and she is one of those young makers who amassed 16,000 followers in just one year of business.

“One of the widely expanding markets in Taobao is the pet category and cultural heritage. What Qiuqiao did was to combine these two megatrends and make it her own ingenious product,” Tung added. It is not a surprise, therefore, that Qiuqiao is among the choicest young creators that was hand-picked to participate in this year’s TMF special road tour.

Another seller called Graf designs tee shirts and other street wear with socially relevant themes that awaken young people to be more aware of animal cruelty, environmental issues, and much more. “I started small in Taobao because then, street wear was fast becoming the new couture. Then I expanded my touchpoints by having two local stores plus we have a studio in LA doing promos for us. We also used to do live events where we invite artists and rappers who are fellow advocates of these issues, then fans meet-and-greet with them. Everyone should start in Taobao because it does not involve a huge investment. They support your business all the way,” the founder of Graf explained.

According to Tung, there major shift in trends especially with the retailers and buyers. “The more noticeable ones are crossovers in design like those combination projects of cultural and modern pet clothes, and advocacy streetwear. Consumers, too, have become more sophisticated with their choices and requirements. Health and wellness have become a general trend as well, so food and beverage sold in Taobao have been leaning towards that segment,” he said.

To offer even more support to young entrepreneurs like Graf and Qiuqiao, this year’s Taobao Maker Festival is the first to introduce a ranking system that entails continued exposure and marketing resources even after the fair. This pioneering content-driven commerce strategy is a mechanism will allow an independent panel of industry experts to handpick about 200 most creative makers in Taobao’s and reward their online storefronts with digital badges to help boost brand recognition, credibility of store and seller, and maximize exposure of their products. Their merchandise will then receive prominent placements on the Taobao app, including in its popular “Good Find” section to significantly enhance their profile and visibility to consumers.

“The new rating system promotes and celebrates originality and creativity. It will enable merchants to leverage their participation in the Taobao Maker Festival into a source of year-round benefit for growing their businesses and customers,” said Tung. “This is an initiative driven by our longstanding goal of helping small businesses and young makers achieve their dreams and find success,” he concluded.

Powered Alibaba Group’s robust AI technologies, Taobao provides hundreds of millions of products and services, everything from mainstream and niche products to virtual goods and local services so it is evident that, anything you need, you can find it on Taobao. Everyone has their own Mobile Taobao that curates a feed that’s tailored-made for their requirements, interests, and preferences, for a more personalized shopping experience.

But Taobao is more than just a shopping platform. When Tianwen-1, China’s first independent interplanetary mission, was launched for Mars, Taobao Live booked a whole cinema to livestream the event. The Versailles Palace and the British Museum have joined Taobao Live to conduct livestreaming sessions on the platform.

On the evening of July 15, 2020, 100,000 broadcasters and merchants participated in a one-hour charity livestreaming campaign to support farmers in rural areas, selling out agricultural products from 52 poverty-stricken counties. Now livestreaming has not only become a trend in China, but also a new way to connect individuals around the world. In 2019, Taobao Live created 1.73 million employment opportunities in China.

Premiering in 2016, TMF is the zenith of Taobao’s constant efforts to champion young entrepreneurs, emerging brands, and idea inventers. The platform has introduced various digital tools and rich-media formats to help these makers promote their businesses and connect with millions of Chinese consumers. 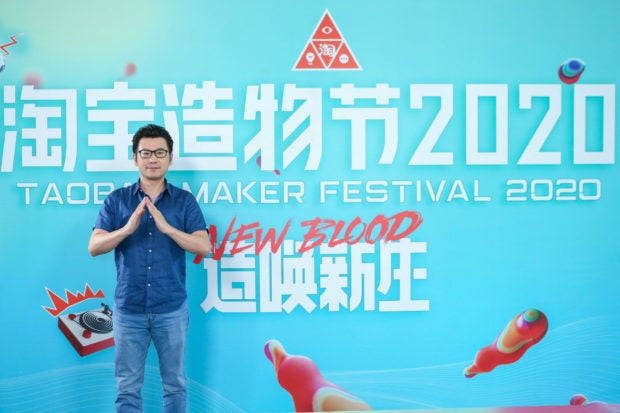 The Taobao Marketplace (www.taobao.com), on the other hand, was launched in 2003 and has relentlessly provided consumers from both large cities and less developed areas with an engaging, personalized shopping experience, optimized by big-data analytics and technology. Through highly relevant and engaging content and real-time updates from merchants, consumers can learn about products and new trends. They can also interact with each other and their favorite merchants and key opinion leaders. Merchants on Taobao Marketplace are primarily individuals and small businesses. According to Analysys, Taobao Marketplace was China’s largest mobile commerce destination with a large and growing social community, in terms of GMV for the 12 months ended March 31, 2020. Taobao Marketplace is a business of Alibaba Group./JC

No temporary freedom for Gigi Reyes as Sandigan rejects her plea