Ledelyn “Ate Neneng” Rosello, 40, operates a “sari-sari” store and peels garlic for a living in Baseco, Tondo. But these days, she earns extra income from collecting plastic waste like sachets and food packaging materials that otherwise would have polluted the streets, esteros or the ocean.

She is the pilot network partner of Plastic Credit Exchange (PCEx) founded by philanthropist and social entrepreneur Nanette Medved-Po, who dreams of making the Philippines—currently stigmatized as one of the world’s largest contributors to plastic pollution—part of a global solution to address postconsumer plastic waste.

PCEx, the world’s first nonprofit plastic offset organization, recently teamed up with Mayor Francisco “Isko Moreno” Domagoso (“Yorme”) and the City of Manila to mobilize over three years 100 sari-sari stores run by women microentrepreneurs like Ate Neneng. This “Aling Tindera” program, which aims to reach all of Manila’s 897 barangays, is supported by PepsiCo Foundation. 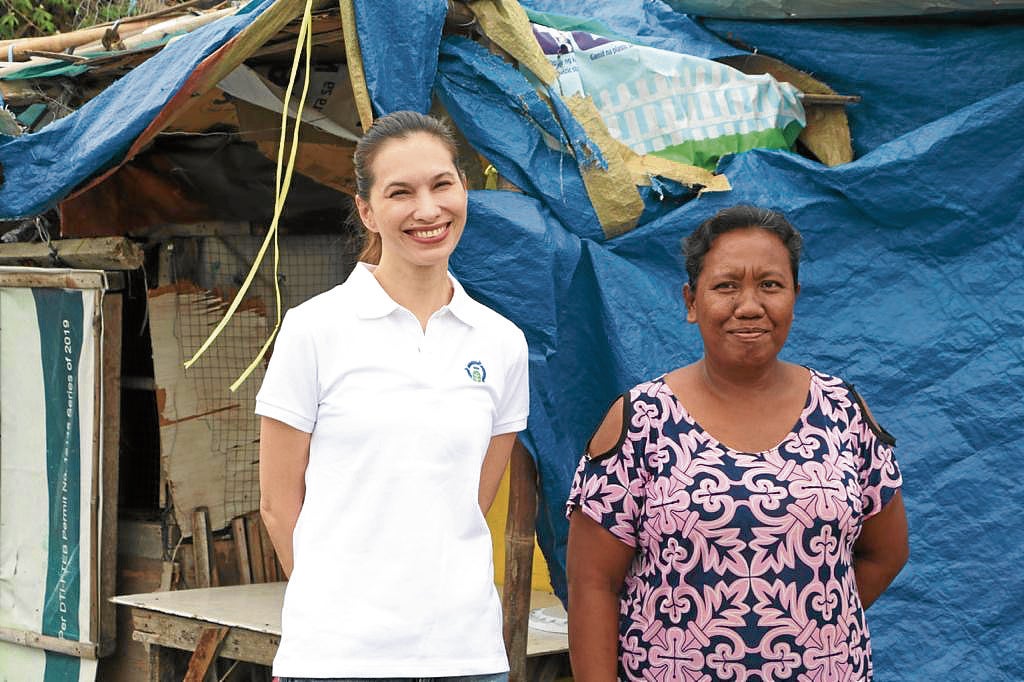 Once a sari-sari store operator is nominated by the local government unit (LGU), the proprietress is given a 20- or 10-foot container van, which will be installed in a location specially designated by the LGU, to store the plastic waste. She will also be given a manual baler to compress the materials, allowing PCEx to haul them more efficiently.

Before its partnership with Manila, PCEx had piloted the project with the likes of Ate Neneng. Armed with this proof of concept, Medved-P0’s team is ready to scale up the program with the help of LGUs and other government agencies.

PCEx is also working on a program with the Department of Environment and Natural Resources to help clean up Manila Bay by setting up Aling Tindera stalls in areas where fisherfolk dock. So during those days when catch is meager and the boat is almost empty, the fisherfolk can opt to bring back plastic waste from the ocean and monetize them.

Unlike PET bottles, newspapers and tin cans, residual plastic waste currently has zero value, but PCEx is creating a grassroots- and market-based system that gives incentive to monetize them. The introductory price for the plastic waste under the program is P2 per kilo, but the price is expected to fluctuate depen­ding on market and logistic costs. 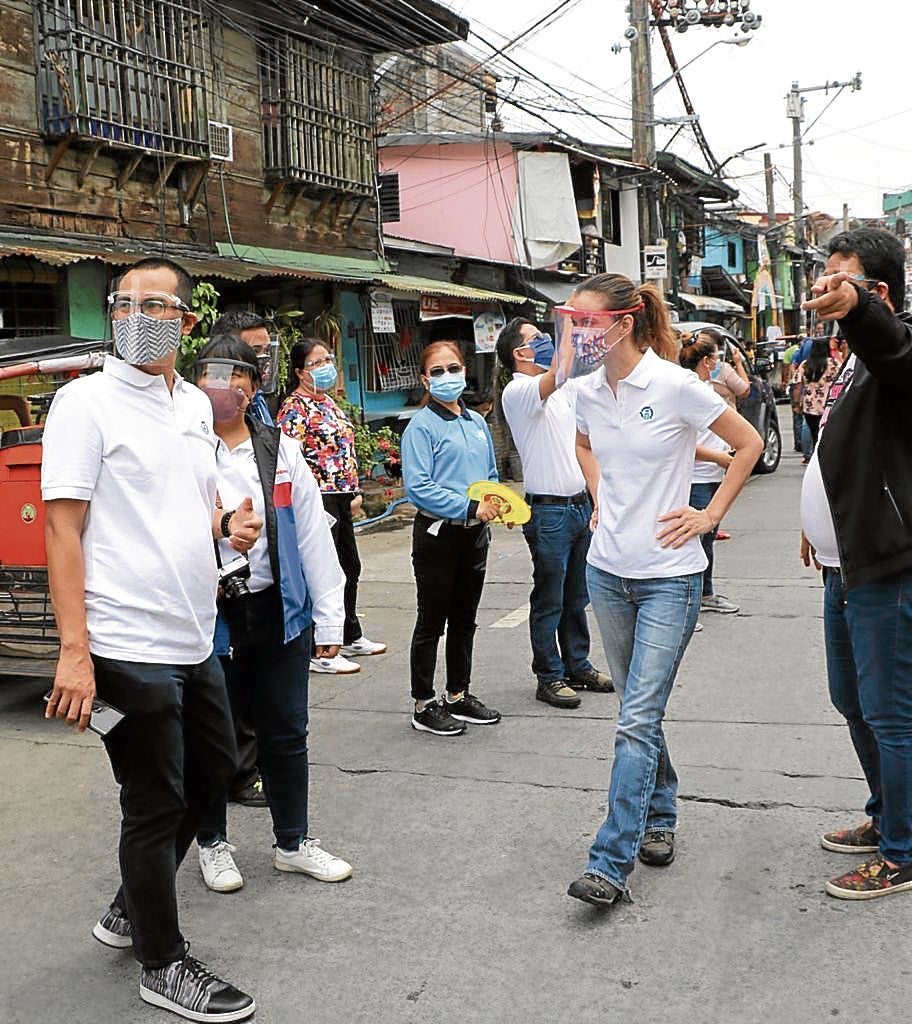 Medved-Po has found an enthusiastic partner in Manila Mayor Francisco “Isko Moreno” Domagoso, who also wants to curb plastic pollution in his city.

“I don’t believe that plastic itself is the enemy,” Medved-Po said in an interview with Inquirer, adding that as a packaging mechanism, such as for food and health-care products, it’s unrivaled in terms of cost and safety.

“What I think the big problem is that we never figured out what to do with plastic once we’ve finished using it. That is exactly what the exchange is trying to address.”

After collecting the plastic waste, PCEx works with selected cement coprocessors that comply with environmental standards to use this as feed stock. PCEx is also keen on working with waste-to-energy solution providers and recycling plants in the future.

PCEx takes pledges from companies to commit to a plastic offset program.

“Let’s say you are Nestle and you want to clean 1,000 tons of plastic waste. You let us know and we will activate our eco-system to collect, transport, process and validate the offset and verify it,” Medved-Po said. The “Aling Tindera” program is one mechanism by which an entity can pay for its “sin” by recovering an equivalent amount of plastic waste.

Achieving plastic neutra­lity is not easy. For many companies, it’s not due to lack of desire but lack of scalable mechanism to do this at the moment, Medved-Po said.

“COVID has made it much worse, because globally, prior to COVID, many countries were working on legislation to restrict single-use plastics. But when COVID came, many of those were either put on hold or rolled back, understandably, because of issues on safety. People needed to use a lot of these plastic packaged products,” she said.

“Even if we convince every beverage company out there to move to glass or aluminium cans, one of the big sectors that will find it difficult to transition would be pharma, because so much of what they do need plastics for safety, whether it’s medicine in pillbox or syringes or plastic tubing or latex gloves, IV, so much of the medical space relies on plastic as a tool for safety. Can you imagine now that with COVID that space has exploded? I can see how The Economist [magazine] is talking about this as a pandemic of plastic pollution.”

PCEx’s story is entwined with that of Generation Hope, the social enterprise built by Medved-Po in 2012 that sells “Hope in a Bottle” drinking water and channels all proceeds to build classrooms for public schools.

“What we realized is we might be helping with classrooms but creating a problem in the environment because we’re using single-use plastic [bottles],” Medved-Po said.

Medved-Po challenged her team to find a way to achieve plastic neutrality. Generation Hope computed its own plastic footprint and started taking steps to recover the same amount of plastic. Aside from bringing plastic waste to cement manufacturers for coprocessing, it also works with Green Antz Builders, a builder that uses eco-friendly materials and green technologies, to recycle some of the recovered plastic waste and use them for building classrooms. By January 2018, Generation Hope was able to pay for its “sins” by offsetting an equivalent amount of plastic waste generated.

“We’re a small company in a low-margin business and we were able to achieve plastic-neutrality affordably. So I said, if we can do it, why don’t I inform others that they can do it as well? It’s not so much to make money but more to be of service to other businesses to achieve their goal of achieving plastic neutrality because many of them have sustainability goals,” Medved-Po said.

This led to the creation of PCEx in 2019. Since then until March this year, PCEx has recaptured some 3.46 million kilos of plastic waste with the help of manufacturers, consumers and processors “who are just as passionate as we are about protec­ting our planet,” she said.

PCEx published a pioneering integrated platform on plastic neutrality standard, a framework that is expected to evolve over time. 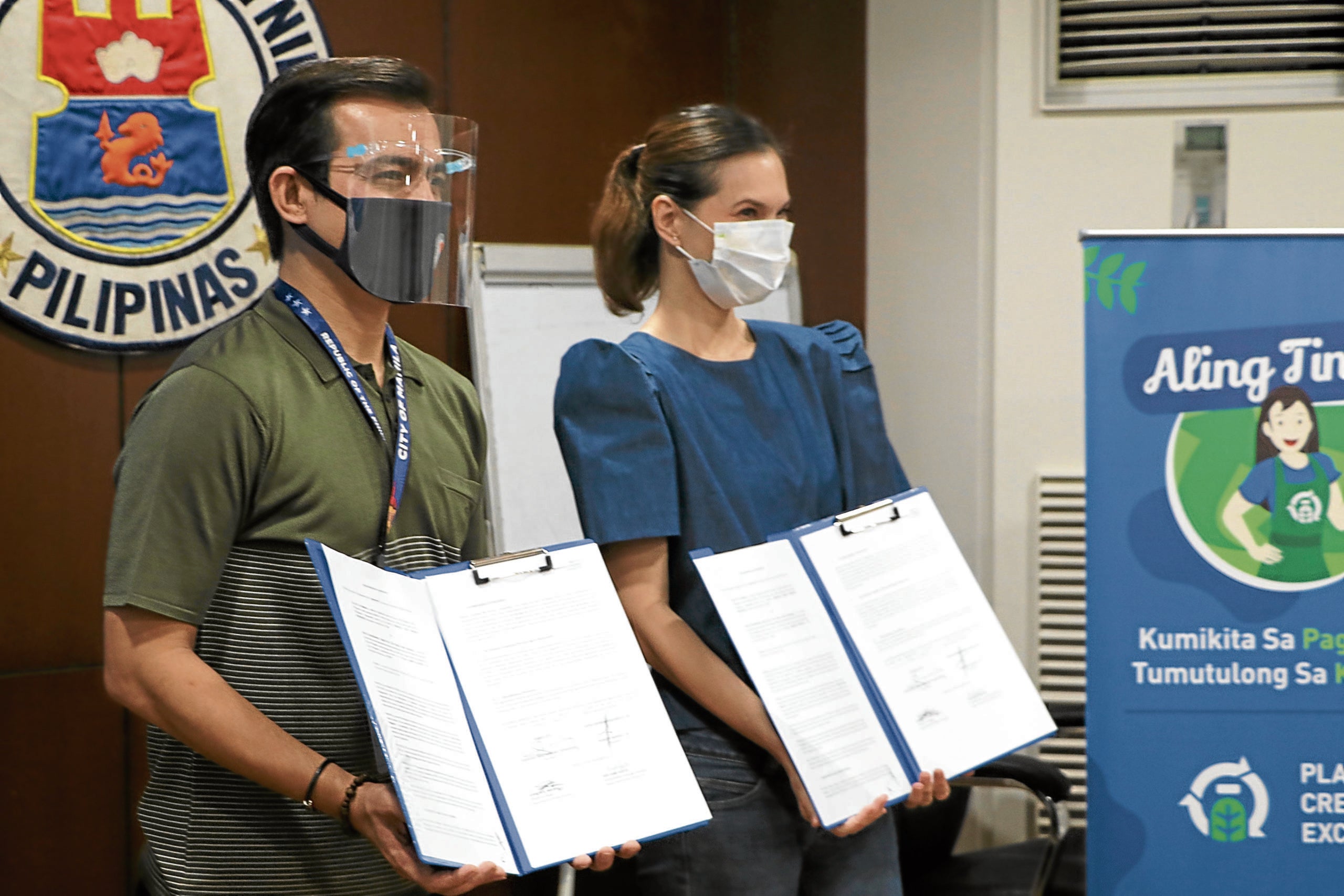 The partnership with Yorme—who himself collected garbage as a child to help his then impoverished family—is another step in scaling up the network of collaborators that recover, process and recycle plastic waste.

Like Yorme, Medved also has showbiz roots, having been an actress, commercial model and TV host decades ago. This “Darna” of 1991, who is now married to businessman Christopher Po, has since then become a real-life superheroine. In 2017, she landed on Forbes Magazine’s 2017 roster of “Heroes of Philanthropy” for her work at Hope in a Bottle.

With PCEx, Medved hopes to work not only with Philippine-based companies but also with foreign companies seeking to achieve plastic neutrality, using its local network for the offsetting mechanism.

During the signing ceremony with PCEX, Yorme said he had chosen to partner with PCEx because the Aling Tindera Program was “applicable, doable and sustainable.”

Apart from curbing plastic pollution, Yorme said: “We are very grateful to [PCEx] as it will also generate some income for the community and encourage more sensible and responsible citizens to participate.”

PCEx has a public registry of companies that participate in this offset program. Together with SGV & Co.’s Climate Change and Sustainability Services practice, PCEx will perform compliance audits for both plastic footprint as well as the entire value chain of offset operations, including the Aling Tindera plastic collection model.

“We hope to expand our network of professional services firms and work with them to refine standards for verification to make sure that we are doing our part to make sure that no plastic winds up in nature,” Medved-Po said.