EU tells US: Stop threatening our companies with sanctions 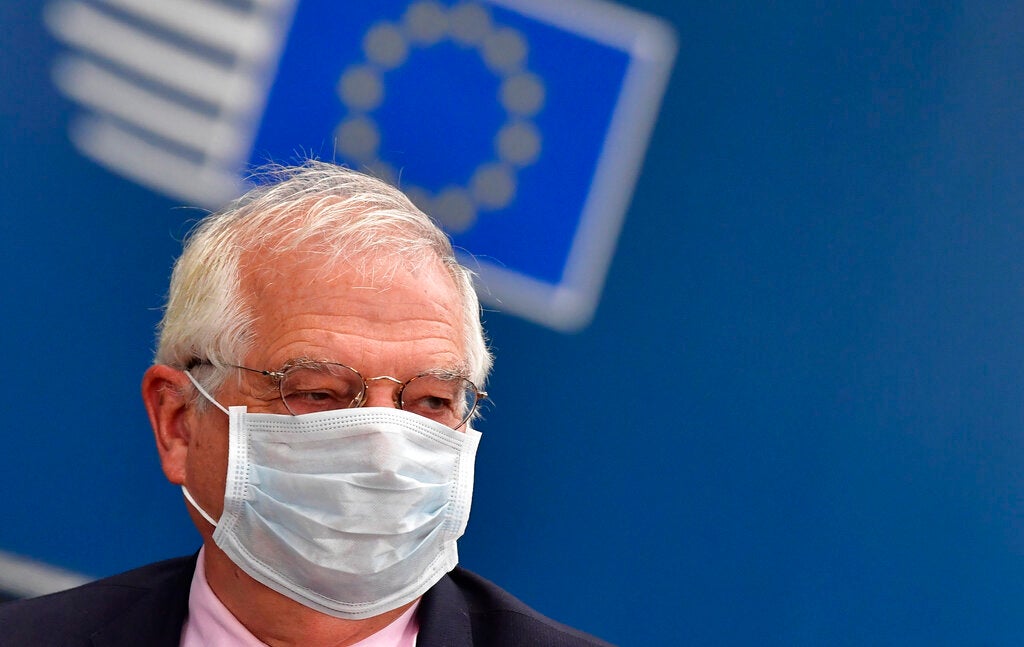 BRUSSELS  — The European Union is warning the Trump administration to hold off threatening trade sanctions against EU companies involved in the completion of new German-Russian and Turkish-Russian natural gas pipelines and instead discuss differences as allies.

This week, the Trump administration warned companies involved in the projects they will be subject to U.S. penalties unless they halt their work.

“I am deeply concerned at the growing use of sanctions, or the threat of sanctions, by the United States against European companies and interests,” EU foreign policy chief Josep Borrell said in a statement, adding similar attempts had already been made in cases involving Iran, Cuba and the International Criminal Court.

“Where policy differences exist, the European Union is always open to dialogue. But this cannot take place against the threat of sanctions,” Borrell said. “European policies should be determined here in Europe, not by third countries.”

U.S. Secretary of State Mike Pompeo announced this week the administration is ending grandfather clauses that had spared firms previously involved in the pipelines’ construction from sanctions authorized by the Countering America’s Adversaries Through Sanctions Act, a 2017 law aimed at punishing Russia, in particular, for interference in U.S. elections and other matters.

The move opens the door for U.S. economic and financial penalties to be imposed on any European or other foreign company over the Nord Stream 2 and TurkStream piplelines, including those that had been working on the projects before the passage of the act and had been previously exempted from the penalties.

Borrell said that “as a matter of principle the European Union opposes the use of sanctions by third countries on European companies carrying out legitimate business.”

The Trump administration has lobbied Europe, particularly Germany, to abandon the pipelines, which it believes put Europe under greater influence from Russia, which has used its energy exports as political leverage.

Read Next
Automated SARS-CoV-2 Antibody Testing by ECLIA: What it is and what it is not
EDITORS' PICK
No monkeypox case detected in PH, borders — DOH
Watch UAAP Cheerdance Competition for free via Smart’s GigaPlay App on May 22
Veteran actress Susan Roces passes away
House energy committee chair Arroyo bats for cheap electricity
Hidilyn Diaz happy with her performance, says it’s first step to Paris
Palace maintains ‘no voting irregularities’ in 2022 polls
MOST READ
‘Queen of Philippine movies’ Susan Roces passes away
Int’l observers: May 9 PH vote falls short of free, fair election standards
‘I love you!’ SEA Games goes gaga over Efren ‘Bata’ Reyes
Senior senators get dibs on major panel chairmanships — Drilon
Don't miss out on the latest news and information.