MANILA, Philippines — The country’s largest broadcast networks ABS-CBN Corp. and GMA Network Inc. have been locked in a television ratings war for years — a business rivalry that at times would be dragged into the courtroom.

Over the past decade, ABS-CBN became known as the country’s largest network due to its vast reach while GMA was the leader in urban areas, especially in Luzon.

President Duterte’s allies in the House of Representatives voted on Friday to kill ABS-CBN’s application for a franchise renewal—at the risk of decimating 11,000 jobs at the network and depriving millions of viewers around the country their preferred news and entertainment programs as presented by ABS-CBN.

In doing so, they followed through with the President’s earlier threats even as they upended the prevailing media landscape: GMA is now the only dominant network while a path has been cleared for a potential new player seeking ABS-CBN’s valuable radio frequencies. 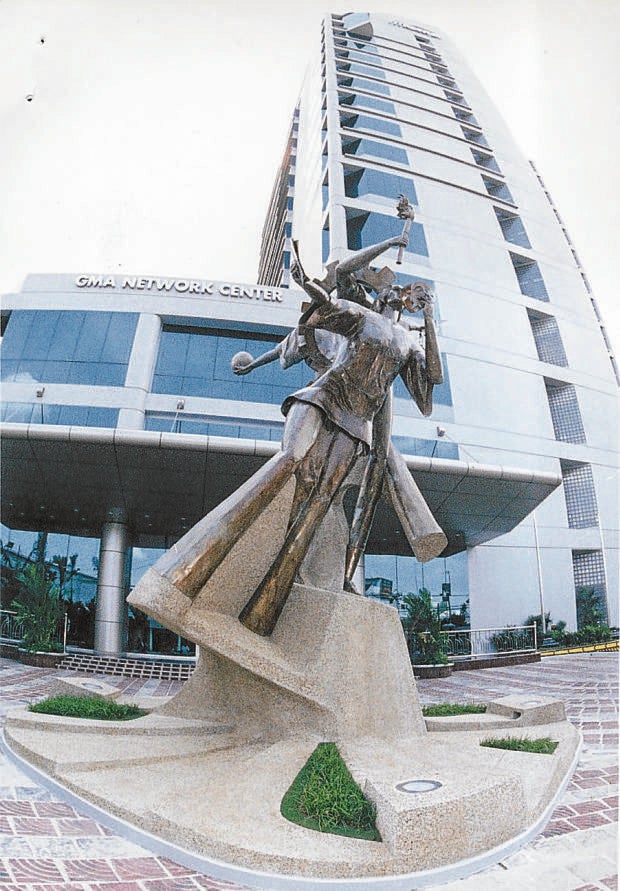 DOMINANT NETWORK With ABS-CBN off the air, a path has been cleared for GMA and other rival networks.

Officials of the National Telecommunications Commission (NTC) and ABS-CBN did not immediately respond to queries on their next steps. But without a valid franchise and an appeal, ABS-CBN stands to lose its frequencies allowing TV and radio broadcasts. The government can also move to recall and assign these to another company.

“Without a franchise, the frequencies return to the government,” Eliseo Rio Jr., who was NTC commissioner during the Arroyo administration, told the Inquirer in an interview.

Assignments to new companies will depend on who applies and their capabilities, said Rodolfo Salalima, a telecommunications legal expert and former secretary of the Department of Information and Communications Technology.

Salalima said that based on previous practices, the NTC must assign the frequencies to a company that meets the legal, financial and technical requirements.

Moreover, the company must state its purpose or plan for using the spectrum.

“This can be done in six months to one year as long as no one opposes the process,” Salalima said in an interview with the Inquirer.

He said an auction can only happen if the competing entities are “equally tied” on those four conditions.

In the wake of the House vote on the ABS-CBN franchise, it’s still unclear which company or entity is vying for the network’s frequencies, which are sought-after given their powerful range.

Deputy Speaker Rodante Marcoleta, who led the attacks against ABS-CBN, said on Friday the government would likely award the frequencies to a “more deserving” applicant.

GMA has been the clear winner in the country’s P150-billion advertising industry since ABS-CBN was forced off the air on May 5.

A report from The Nielsen Co. Philippines covering the first six months of 2020 showed GMA with a whopping 63 percent audience share as of July. This is nearly double its 34.5 percent rating a few months earlier before strict quarantine measures were imposed last March.

The country’s third largest network, TV5, also rose from a 2.8 percent share to 9.5 percent in July this year.

With the newfound dominance of these networks, advertisers scrambled to switch platforms to reach viewers.

According to a Kantar study, advertising at GMA and GMA News TV went up 44 percent and 38 percent in the week after the ABS-CBN shutdown.

The lack of choices, however, has also left advertising industry players worried.

“No one wants a monopoly. The media landscape will be impacted,” an advertising official told the Inquirer.

The Philippine Competition Commission (PCC) is unlikely to step in at this stage unless complaints emerge against GMA.

“Unless it abuses that market power, there is no real harm to competition,” PCC commissioner Johannes Benjamin Bernabe told the Inquirer in an interview.

He said abuse could take the form of significantly higher advertising rates.

Among the losers in Friday’s House panel vote are the network’s employees, along with thousands of others in advertising and other support sectors who are already struggling with the coronavirus pandemic and the economic slowdown.

Jon Villanueva, head of the ABS CBN’s employees union, said that “because of the decision to kill the franchise application, we are restless and despondent. The majority, including me, spent yesterday in tears, unable to sleep.”

“Our management has yet to give details about layoffs, but it’s likely, even expected,” Villanueva said.

ABS-CBN’s management earlier said it may begin layoffs in August since its other businesses could not make up for the losses in TV advertising, the network’s major source of earnings.

The ultimate casualties in the conflict are the viewing public who relied on ABS-CBN’s free-to-air TV and radio programs—in particular, viewers in the countryside which other networks have yet to reach.

Without a franchise, ABS-CBN can only air its shows in limited parts of the country with reliable internet service and for audiences who can afford pay television via SkyCable and other providers that air its shows.

Data presented by the National Economic and Development Authority on Friday showed the Philippines’ broadband penetration at below 20 percent of the population while 4G, a mobile technology that enables online video, was below 30 percent.

TV remains king as it reaches 86 percent of all families in the country.

ABS-CBN CEO Carlo Katigbak promised viewers this is not the end for the company.

“We remain committed to public service, and we hope to find other ways to achieve our mission. Together with our employees and our audiences all over the world, we share in your sadness over this setback,” he said on Friday.

—With a report from Patricia Denise M. Chiu