Thanks to COVID-19, the words “distancing” and “spacing” have become household words.

According to the dictionary, space is defined as the distance from other people or things that a person needs to remain comfortable, and we might add, to remain safe and healthy by avoiding virus contamination.

Physical distancing in this age of the pandemic is vital. However, aside from physical distancing, it has recently been established that there is another element needed by urban dwellers, and that is green open spaces. Green, open spaces in cities can help people live longer. This is based on the latest findings of the Lancet Planetary Health study.

An urban green open space is any open piece of undeveloped land with no buildings on it and is accessible to the public. They may be partly or completely covered with grass, trees, shrubs, or other vegetation. Green space includes parks, playgrounds, community gardens, public plazas, woods, and vacant lots.

Green open spaces give people an area for physical activity, relaxation, peace, and an escape from the urban heat island phenomenon, brought about by too many concrete and hard surfaces in the cities. These green spaces reduce stress and boost mental and physical health. They also improve air quality and reduce traffic noise.

Global deaths have been traced to the lack of physical activity in many cities that are non-walkable and have limited access to recreational areas.

Children who grow up in cities without an easily accessible park or open green space suffer higher rates of obesity.

In crowded areas of the city, like Metro Manila where low-income neighborhoods have fewer green spaces, the children are confronted with other health problems, too, like asthma due to poor air quality. 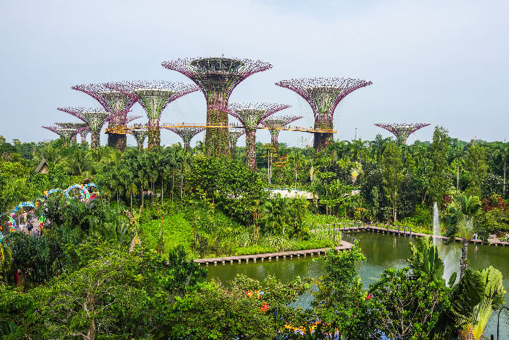 One of the best examples of green urban spaces is Singapore’s Gardens by the Bay. -TRAVEL TRIANGLE

One of the best examples of green urban spaces is Singapore, called “City in a Garden,” because of its focus on green spaces seamlessly integrated in its city. Today, Singapore is proud to say there’s a park or garden to explore no matter where you are in the country.

Two notable world-class examples of its green spaces are the Singapore Botanic Garden and Gardens by the Bay, which feature horticulture and garden artistry, showcasing the plant kingdom in a whole new way, while entertaining and educating visitors with plants seldom seen in this part of the world, ranging from species in cool, temperate climates to tropical forests and habitats.

Its successful “City in a Garden” concept—which was started in 1963—is a showcase of good governance, good planning and vision, innovation, strong leadership, effective implementation, and community involvement. 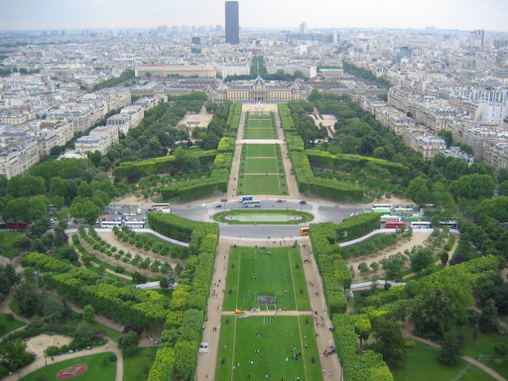 Probably the most popular public garden in Paris and is an iconic landmark of the city is Le Jardin des Tuileries. It is said that the lavish garden makes one feel like you have traveled back in time with its stunning sculptures and magnificent fountains. -GODWIN AUSTEN

In 2007, Paris set an ambitious goal to green its city by planting 20,000 new trees and building an additional 100 hectares of green roofs, one third of which will be used for edible landscaping. The city issued a “license to green” to all Parisians to encourage them to plant more trees and gardens on vacant lots to absorb more CO2 and improve air quality.

This initiative was prompted by an unfortunate incident wherein 15,000 people died in France during a heat wave in 2003. To prevent such disasters in the future, Paris is protecting its citizens, especially the elderly and those with ill-health from excessive heat.

Probably the most popular public garden in Paris and an iconic landmark of the city is Le Jardin des Tuileries. It is said that the lavish garden makes one feel like you have traveled back in time with its stunning sculptures and magnificent fountains. The park was designed by the famous architect Andre Le Notre. 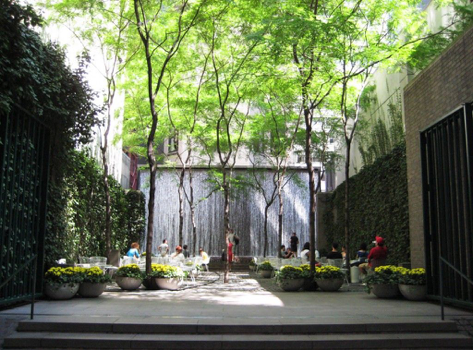 One of the most popular pocket parks in New York is the Paley Park. Its design provides a quiet escape from the city in Midtown Manhattan. -PINTEREST.COM

New York City has the highest population density among cities in the United States. More than 8 million people reside in the five boroughs and millions more commute in and out of the city every day. As if this pressure was not enough, all these people live in ever-shrinking dwellings like apartments.

Fortunately, New York provides pockets of quiet gardens. Most of its citizens live within walking distance of a public park, which bring welcome solitude and respite from the everyday hustle and bustle of urban life.

One of the most popular pocket parks in New York is the Paley Park. Its design provides a quiet escape from the city in Midtown Manhattan. It was designed to mitigate city noise and provide a peaceful green space in the middle of urban life.

The entire park is slightly elevated to create a sense of privacy and together with ivy on the walls and low tree canopy, they create a sound barrier. The waterfall feature on the back creates white noise that drowns out the sounds of the city. It is heavily used and because of its dominant location and design, it is accessible and visible to pedestrians along the street.

How do we encourage green open spaces in Metro Manila?

Perhaps we can encourage civic participation and launch a friendly competition. Community groups can be organized from all over the city, mostly from low-income neighborhoods to transform neglected spaces into vibrant, safe and healthy community places.

The author is the Principal Architect of A.P de Jesus & Associates–Green Architecture and Vice-Chair of the Philippine Green Building Initiative. For comments or inquiries, email [email protected]