COVID-19 continues to offer new realities. As the quarantine is slowly eased, we awaken to a society that struggles to achieve two seemingly opposing goals: reactivating the economy and bringing down the number of cases.

The pandemic revealed the fragility of our systems, our own vulnerability and the susceptibility of the marginalized. The economic downturn caused by the pandemic rendered many unemployed, had businesses taking losses and saw global trading constrained. Economic engines such as tourism, real estate and consumption that fueled the robust growth of the Philippines for over a decade were severely weakened.

Cities, the centers of economic activity, were suddenly helpless and impotent during the lockdown, barely able to supply essential items to its citizens. The deficiencies of our urban areas became glaringly apparent: cities are food deserts that depend on the hinterlands for the survival of its citizens, critical destinations have become unreachable except by motorized transport, tyranny of spatial segregation heightened the inequity of society.

While many view the COVID-19 pandemic as unprecedented, this was certainly not the first nor the most severe health crisis that the world experienced.

The Bubonic plague killed 20 million people in Europe in the 1300s, appearing in waves over several years. The plague left in its wake economic and social turmoil similar to what we see today.

There was a silver lining, though: the plague enabled the upheavals that ushered the Renaissance and its explosion of scientific and creative thinking. Cities became the hub of cultural and economic activity again and of the new socio-economic order that brought unprecedented levels of prosperity. All these emerged from history’s darkest pandemic.

It makes one wonder if COVID-19 is also presenting to us a chance to create a new order—one that doesn’t try to revive the past with all its imperfections, but instead aspires for a future that is better. 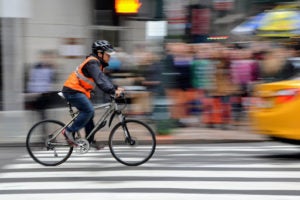 Is there a better way?

Meaningful change starts with the realization that we have long been in crisis even before COVID-19. The robust economic growth that our country experienced for over a decade made us blind to what is broken in our system and it took a virus to reveal what those are. While the long economic run was welcome, it resulted in the increasing gap between rich and poor, environmental damage and the eroding well-being of people.

There were some bright spots, though. While the global economy was paralyzed, local enterprises and new forms of cooperation, economic activity and service delivery emerged.

Perhaps these indicate a way towards a new form of prosperity that is more local, self-sufficient and empowering and a way of reimagining our cities.

The irony of being under quarantine is that while we need to increase physical distance from each other to minimize the risk of disease transmission, we also had to retreat to compact spaces and reduce our sphere of mobility.

This highlighted a flaw in our developments: gated, single-use communities segregated by income became islands. The practical advantage of having essential goods and services within walking distance from homes became a desired reality. Deliberate thought on the scale of communities and diversity of activities within them is needed to ensure a level of self-sufficiency even in the midst of a crisis. 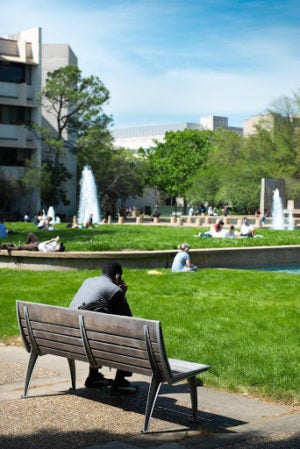 The pandemic underscored the importance of the outdoor environment as a means to boost health and wellnesss, and also as a refuge during calamities. History shows how cities successfully responded to crises by investing in parks.

For instance, the planning for Central Park started in the aftermath of the cholera outbreak in New York due to the belief in the importance of large open spaces on wellness as these provide access to fresh air and sunlight. During America’s Great Depression, FDR mobilized labor to restore natural habitat by creating Civilian Conservation Corps. This provided work relief to 500,000 men thus stimulating the economy while planting three billion trees in the process.

These emergent enterprises can be institutionalized and allowed to scale through progressive land use policies to create truly mixed use communities that integrate agriculture, food production and distribution within neighborhoods.

Even before COVID-19, micro, small and medium enterprises already constituted 99 percent of Philippine businesses and employed 63 percent of the country’s workforce. These are the most vulnerable in times of crisis and yet these are also the most adaptable, able to deliver goods and services to address domestic needs even when global supply chains are crippled.

However, access to capital by small businesses remain limited as banks prefer lending to large companies. Strengthening small-scale enterprises through incentives and spatial inclusion in new developments will enable a level of self-sufficiency and allow direct connection between production and consumption.

The skills and services gap, particularly in healthcare and research, became apparent during the pandemic and it points us to where we need to provide more attention. Data from the World Bank showed that the Philippines spends only 0.16 percent of GDP on R&D (2015), lagging behind our Asean neighbors.

Having knowledge advancement via increasing R&D investments and development of human capital infrastructure (schools, healthcare, culture) as among the priority programs of government can enable long term growth and productivity. Building the necessary software (knowledge, labor, skills, health) to complement the hardware (buildings, roads, rail) is critical to prosperity and well-being. 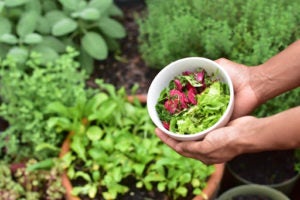 Agriculture in cities can sustain populations even in crisis. (Elias Morr)

Creating a culture of caring

There were numerous heartwarming stories all over the world about communities forming new bonds to enable them to cope with the crisis.

Cooperation, volunteerism, interdependence, sharing and an overall culture of caring emerged in many neighborhoods. The Social Street movement spontaneously formed in Italy, allowing people to help their neighbors deal with isolation. Locally, big businesses led relief provision and monetary donations to aid the afflicted. Imagine how much society could progress and how everyone’s lives could be lifted if this culture of caring will persist even during the best of times.

The lockdown forced us to deprioritize the non-essential as well as reduce consumption, unnecessary travel and meetings. As businesses halted and capitalism retreated, nature had a brief opportunity to recharge. This binary reality of modern society highlights what was wrong with the old normal—economic growth or environment? Wealth accumulation or equity?

The hard reset forced by the pandemic provokes us to take another viewpoint. Perhaps this allows us to examine what growth should mean and who should it be for.

In the end, a truly resilient society is one that constantly works for the common good—pursuing what is ethical, equitable and just. As the economist Duchrow and the theologian Hinkelammert stated “…the perspective of the common good fundamentally starts with the weakest, most threatened members in the community. If they can live, all can live.”

The author is the founder and principal of Joel Luna Planning and Design; a registered architect, environmental planner and a certified Berde professional, with over 30 years of experience