Finding old and new at Poblenou 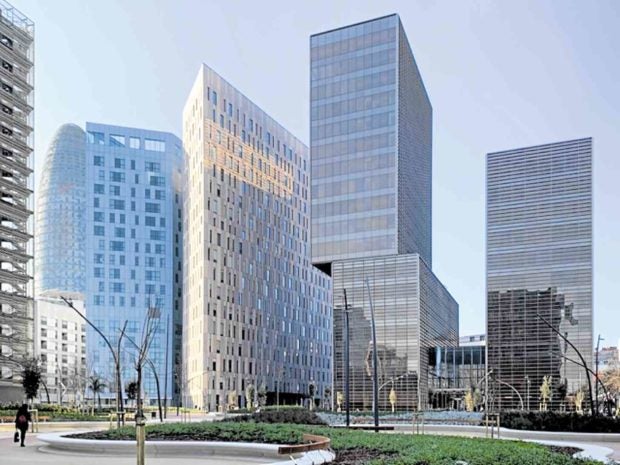 The Catalan capital of Barcelona is one of my favorite cities. For people in the design field like myself, walking around this city harnesses the creative energies that are so palpable in its every nook and corner.

A treasure trove for art and architectural marvels, it is a place where classical design meets the modern, and where tradition meets innovation—all in its distinct bohemian way. While the capital city of Madrid speaks of elegance, grandeur and formality, Barcelona is more laid-back, younger in its expressions, and has a more rebellious streak in the way it does things—whether it be in art, music, food or even in its political inclinations.

One of Barcelona’s newer districts I was happy to visit during a recent trip was Poblenou. Once an industrial site, this district had since been re-developed into what is now one of Barcelona’s coolest and hippest neighborhoods.

In the run up to 1992 and with Barcelona’s bid to host the Olympics, Poblenou was part of the city’s urban renewal project that transformed its landscape by linking its shipping ports, airports, beaches and residential neighborhoods. This was made possible through the development of ring roads and the extension of its main avenue, the Avinguda Diagonal, which served as the glue that linked the edges of greater Barcelona from its northeast to its southwest.

It was also via this avenue that the neighborhood of Poblenou made its most direct link to the center of the city. 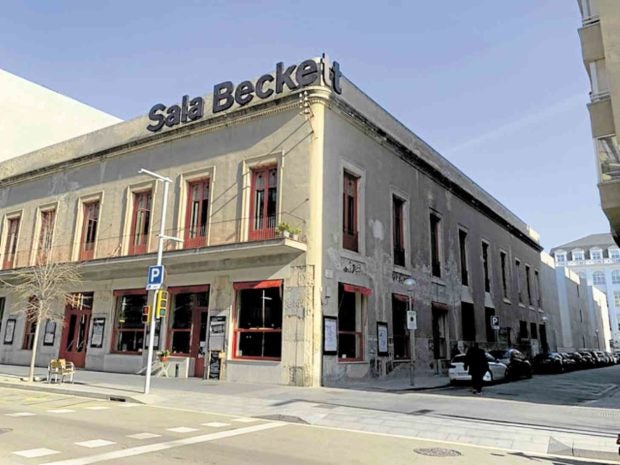 Sala Beckett, a school for the performing arts, used to be a building that housed a factory worker’s cooperative. Its interiors integrates the remnants of tiles, door openings and structural systems. 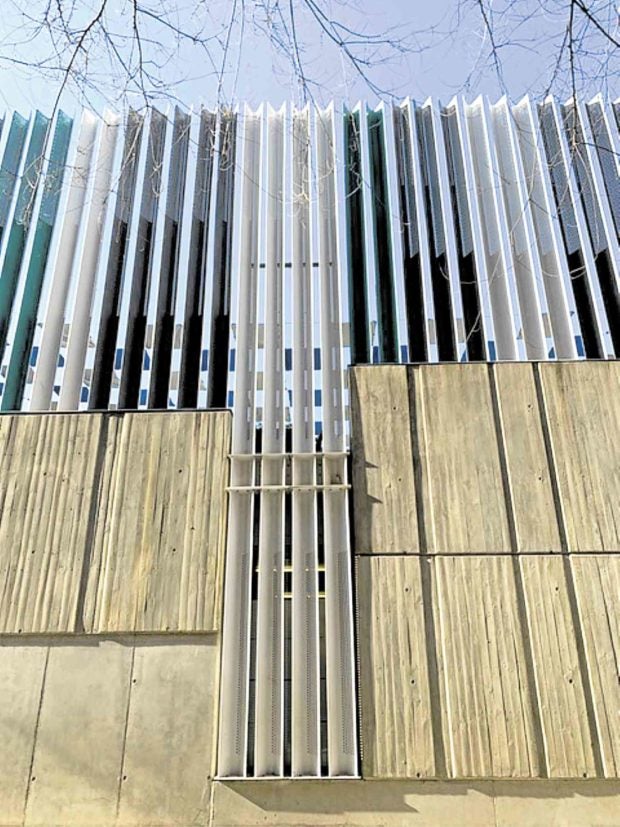 Poblenou wasn’t always so hip, and it wasn’t even always there. Once known as Sant Marti (in Catalan) or San Martin (in Español), it was once an industrial area key to the economy of Barcelona. From the late 1800s until the mid 1960s, it was here that factories and warehouses bustled and facilitated construction, metallurgy, textile production, food and wine handling and packaging. But in the 1960s, other industrial sites around Barcelona were developing, and slowly, Saint Martin’s buildings and factories were emptied and completely abandoned, degraded and neglected. The neighborhood was officially de-industrialized.

When the final northeast stretch of Calle Diagonal opened in the late 1990s, Saint Martin became an area of interest. The Amended Metropolitan Master Plan known as the [email protected] project was signed in, calling for the redevelopment of Saint Martin into Poblenou, or “New Village.”

A stroll through the district brings one back to the glory days of its industrial life: old brick chimneys pierce the skyline, elaborate decorative details on façades indicate the economic wellness of its previous populations, and scars on walls—whether doorways now plastered, or remnants of old structural components— express the vitality it had as an industrial zone. 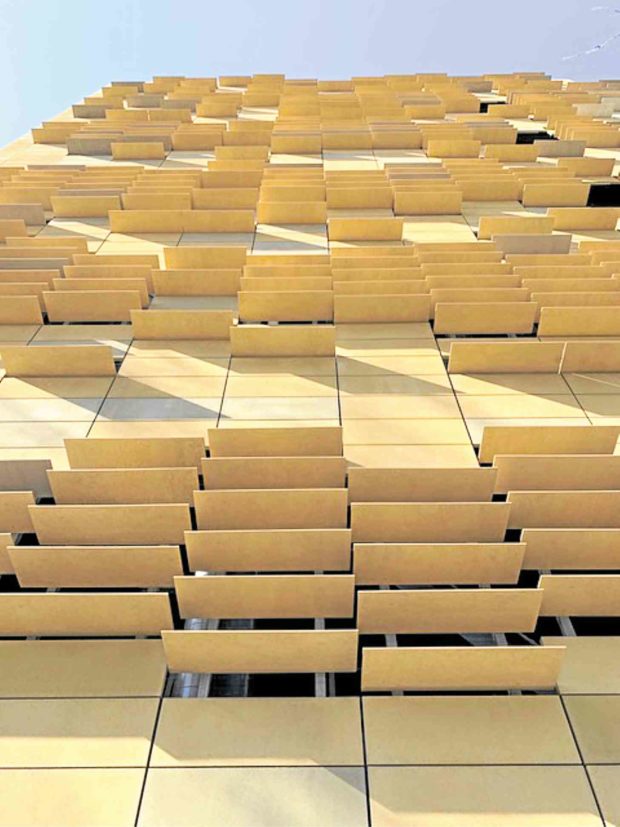 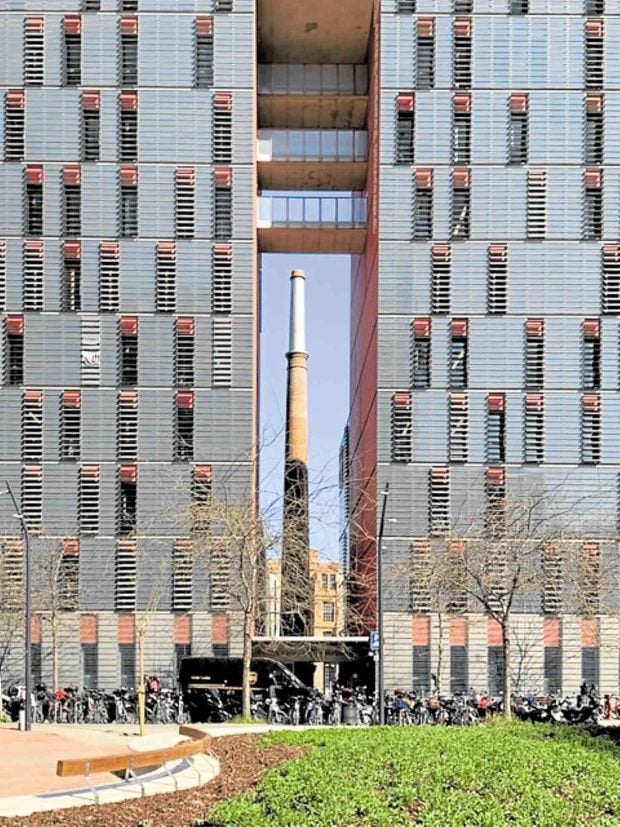 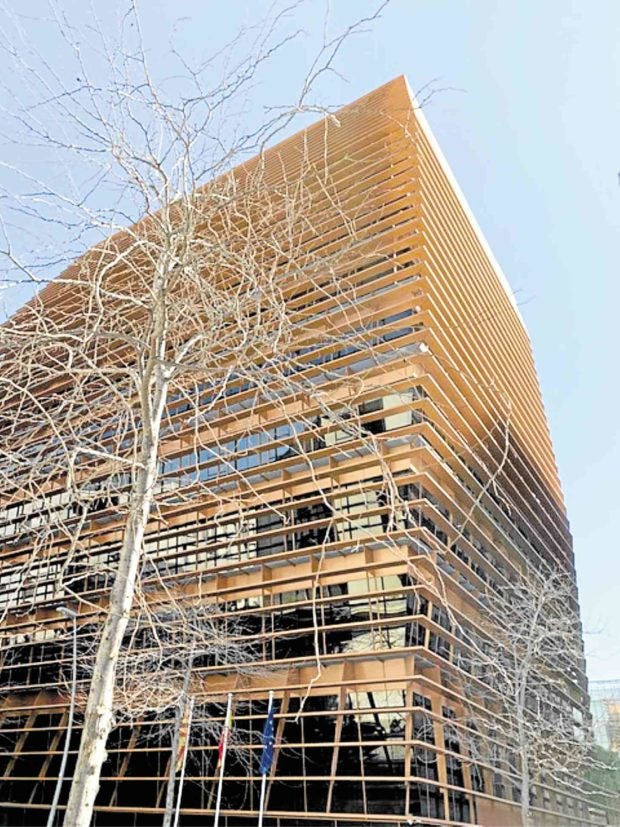 What I find truly interesting here is discovering the old structures alongside the new, their contrast enhancing each other. New buildings are interspersed with older structures, some of them completely changing the character of the block, others integrating or even showcasing some of the older features of the original neighborhood.

In the newer areas, Jean Nouvel’s Torre-Agbar literally sticks out as a modern imposition on this neighborhood. There are buildings that were smaller and seemingly discreet but outright innovative, like Catalan architect Enric Ruiz-Geli’s Media-TIC building, covered in a temperature-regulating translucent bubble skin that behaved according to season.

The greater pleasure about Poblenou was finding modern buildings that employed traditional Hispanic materials in a contemporary way. The Campus De La Comunicacio building for example, uses glazed brick tile panels for its façade treatment. While bringing out a distinct Catalan character as similarly expressed by the tile-clad structures of modernista architect Antoni Gaudi, the material is also effective as thermal insulation.

Large plazas and wide pedestrian walkways provided fantastic vantage points for viewing old structures against the new, and the new buildings in all their variations, competing for the skyline. Textured plastered walls, reflective glazing, low squat structures, and tall, cantilevering volumes—it seems Poblenou has them all. And let’s not forget the full spectrum of colors and textures, expressed in the variety of its architecture. 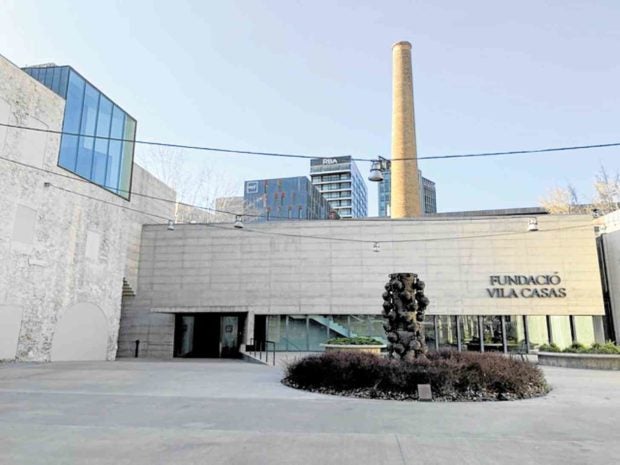 Old walls at both the right and left sides, replete with door and window openings, frame the brutalist-modernist Fundacio Vila Casas, also known as the Museu D’Art Contemporary. 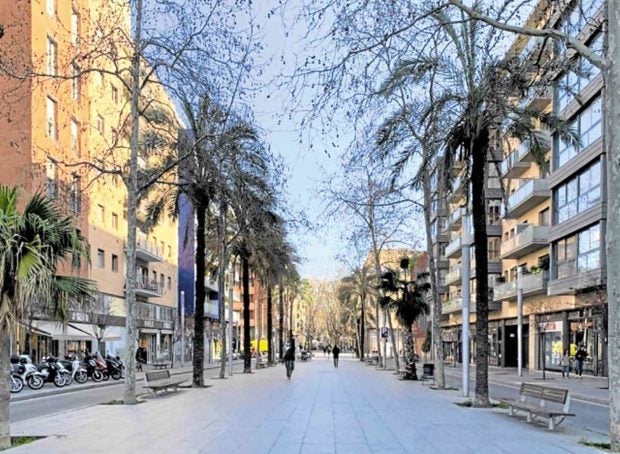 Rambla del Poblenou is flanked by new and old shops, restaurants, and buildings and is an excellent place to start experiencing the old and new Poblenou. 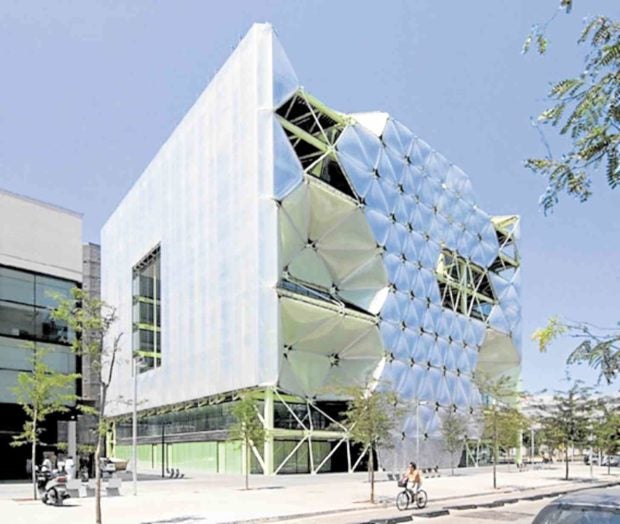 If anything, Poblenou is a great example of successful urban renewal, repurposing and creating better neighborhoods. Like many old industrial sites that have evolved into creative hubs, there is some kind of joyful rebellion in redefining spaces and changing the flow of history. The character it creates is unique.

If you find yourself in Barcelona, jump into the metro, and explore Poblenou by foot. Like a design treasure hunt, you’ll find a nice surprise at every turn of the corner.