What has long been a bedroom community outside of Metro Manila is stirring mightily in its sleep. And one of the country’s fast-rising real estate firms is right by its side.

Cathay Land seems to be starting the year strong as it recently unveiled the Third Phase of Cavite Light Industrial Park (CLIP), its industrial estate that is part of the company’s master-planned township, Mallorca City.  The Fourth Phase is also being scheduled to be launched in a few months’ time.

Lots in the industrial park’s second phase, launched in February 2019, have been sold out the same year. And now, Cathay Land, according to its president Jeffrey T. Ng, has been hearing from quite a number of interested locators, especially following the Taal Volcano eruption. 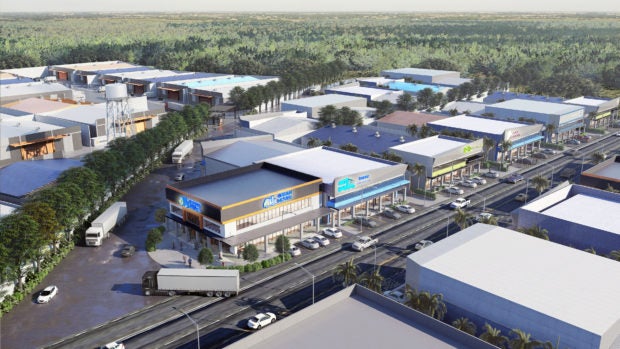 Strong Sales: Cathay Land announced that Light Industrial Park (CLIP)’s phase 3a is now sold out, with phase 3b now being offered to locators in Silang, Cavite.

“The businesses (located) in the vicinity of the lake would like to transfer to Cavite Light Industrial Park because we’re relatively far from Taal Volcano,” Ng said.  “I guess they are a bit wary of staying in the lakeside towns of Taal in Batangas. Unlike in Silang, where we are situated quite high and far from Taal Volcano and Taal Lake.”

The Covid-19 epidemic has not made any negative impact on CLIP, either.  “In fact, with the advent of the US-China trade war and this coronavirus, we’re going to see less globalization,” shared Ng.  He sees less reliance on factory chains coming from China.

“The chain would be more centered on the Philippines, instead of relying purely on China-made products,” he added.

The Cathay Land president also disclosed that many mainland Chinese exporters and manufacturers are considering relocating to the Philippines.  “So that they can avail of easier export to the US.  Otherwise they’d be hit by tariffs by the US on China-made products,” he explained.

Metro Manila’s high cost of land and lease are also pushing businesses to relocate to the South.  Ng shares that lots in
Pasong Tamo in Makati now costs about P300,000 per sqm and those in Taguig, Parañaque or Las Piñas are already at P100,000 to P200,000 per sqm.

Locators at CLIP are also set to benefit from the government’s big-ticket infrastructure projects which seem to virtually tie Cavite to the rest of Metro Manila such as the 45-km Cavite Laguna Expressway (Calax) and the Cavite-Tagaytay-Batangas Expressway (CTBEx). 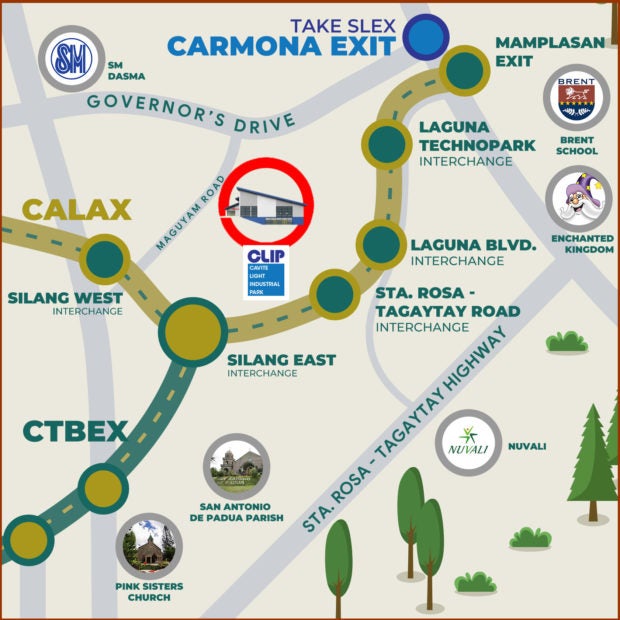 Add to that the Mamplasan to Sta. Rosa exit which is expected to be extended all the way to CLIP by the end of the year.  The current LRT Line 1 is also being extended from its existing Baclaran Station to Bacoor in Cavite. All these, according to Ng, are driving people to relocate their families from Metro Manila to Cavite.

“We’re very bullish on Cavite with all these infrastructures.  We’re now at the center of all these that’s being put up,” he said. 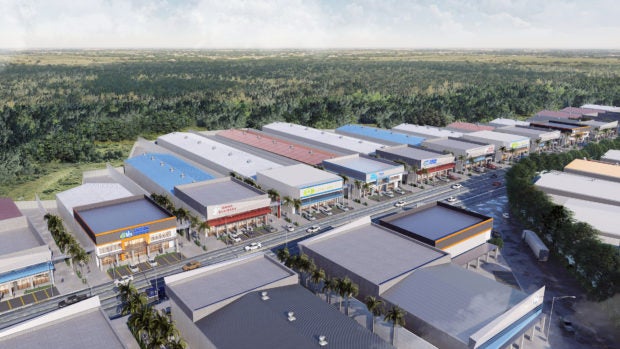 More Businesses, More Growth: Over at Cavite Light Industrial Park’s Commercial Strip, locators can opt for a retail or other business to go along with their main warehousing or manufacturing concern.

“We are patterning it after Pasong Tamo wherein the big warehouse or the light factory has their own frontage along the main road, which can be their commercial area where they can sell retail.”

Being part of Mallorca City, Cathay Land’s hundred hectare integrated mixed-use project, workers, employees, managers, and executives who will be holding shop at CLIP will have access to residential projects.

“So instead of employees or workers commuting for two hours from Cavite to Manila, Makati, BGC, Taguig, if they live and work in Mallorca City, they can just walk for 5 to 10 minutes from residence to their place of work,” Ng explained.

He is confident that the province will never run out of skilled workers due to its tremendous population growth.

“And we really want to promote factories, industries and work in Cavite because it’s part of our public service already, to provide better and more stable jobs in Cavite,” Ng shared. 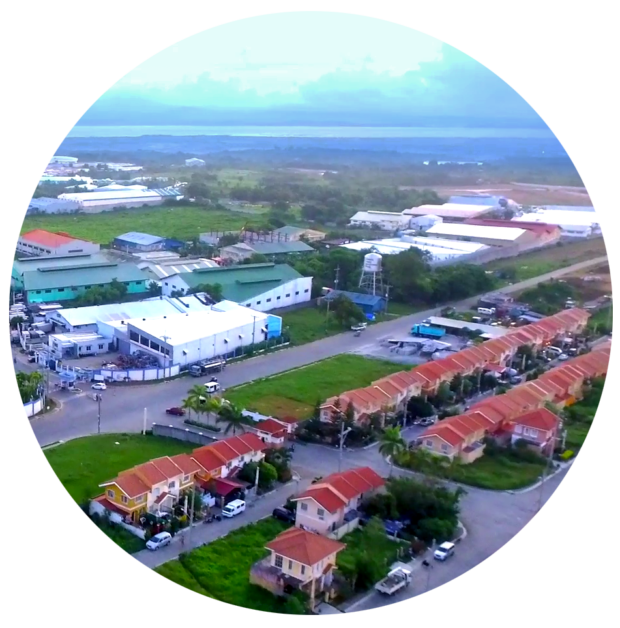 Primed for Growth: Colliers International notes that the south’s competitiveness as an industrial hub will be enhanced by the many infrastructure projects lined up by the government. 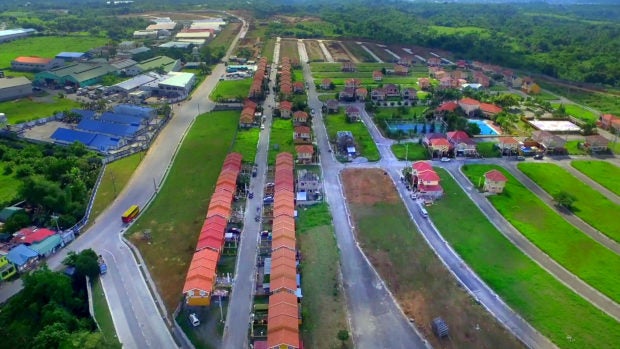 Integrated Living: As an integral part of Mallorca City, Cavite Light Industrial Park provides a better quality of life to executives and employees with the township’s residential and commercial components.

“Even though for Cathay Land, putting up commercial and residential subdivisions might be more profitable, we feel that it’s also our civic duty to put up industrial estates to balance the development of our projects and provide a better quality of life to our fellow Filipinos,” Ng concluded.

Read Next
BIR shuts down first tax-evading Pogo firm
EDITORS' PICK
‘Justice will be done,’ Duterte assures as he vowed probe on Jolo incident to bare ‘truth’
Current dominant strain of COVID-19 more infectious than original—study
EuroMillions Superdraw: A lottery draw unlike any other is coming to the Philippines
Water remains our saving grace right now
DOLE: Return of OFWs’ remains from Saudi to be ‘delayed,’ deadline moved to ‘early next week’
Smart releases Hyun Bin’s second TVC
MOST READ
Locsin warns of ‘severest response’ if China’s army drills in SCS ‘spill over’ to PH domain
Duterte tells military: No other president looked at you the way I did
BREAKING: Duterte signs anti-terror bill into law
‘Very timely, historic’: Senators laud passage of anti-terror bill despite ‘pressures’
Don't miss out on the latest news and information.