Ortigas Center: The heart of the ‘new revolution’

Who would have thought that behind the various shopping malls and modern buildings, lies an important piece of Philippine history?

A wasteland in the early part of the 1900s, Ortigas Center is now a thriving central business district (CBD) in Metro Manila. Second only to Makati in terms of economic supremacy, the area occupies land situated in three major cities: Pasig, Mandaluyong and Quezon City. It is home to seven shopping malls, several schools and numerous company headquarters. This urbanized district, however, has more stories to tell beyond modern structures. From hosting the first Edsa Revolution to harboring Asia’s first international finance center, here are some of the most fascinating parts Ortigas Center played in our nation’s history.

It was once a hacienda

The area which is now known as Ortigas Center was once part of a vast estate called Hacienda de Mandaloyon. Occupying 4,033 hectares, the sizeable land originally belonged to the Augustinian Order. In 1920, the religious group sold the land to Spanish-Filipino businessmen. The estate was divided into several parcels, one of which was acquired by a partnership composed of Francisco Ortigas, Vicente Madrigal, B.C.M. Johnston, Fulgencio Borromeo, Clyde A. Dewitt and Manuel L. Quezon. Eventually, Ortigas and Company took charge of the estate and transformed it from a barren land into a prosperous urban center. 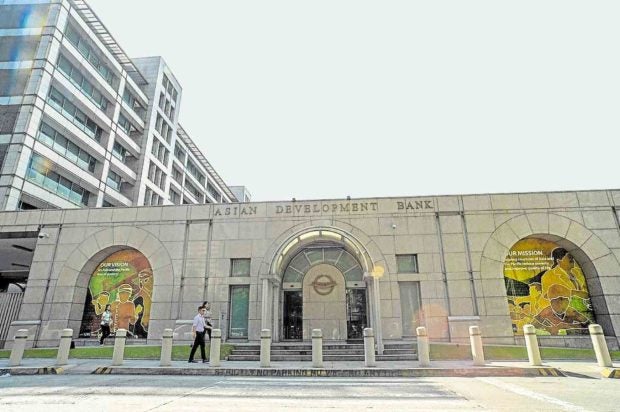 Beating Tokyo and Singapore, the Philippines was chosen to host the headquarters of the Asian Development Bank (ADB) in 1965. Our country became the site of the financial institution after several rounds of votes from different member countries.

In 1983, the ADB headquarters was transferred from its original home in Manila to its current location in Mandaluyong City. Occupying 6.5 ha in Mandaluyong, the site was chosen as it could accommodate the bank’s growing need for space. The complex was built by the American design group Skidmore, Owings and Merill (SOM). Completed in 1991, the headquarters is one of our country’s architectural masterpieces. Most notably, it was hailed as a pioneer of sustainable and green design when it became the first building in the Philippines to be certified gold for Leadership in Energy and Environmental Design (LEED) in 2017.

Today, the ADB headquarters continues to put Ortigas Center on the international map, as member countries ensure that the complex remains significant even after more than 20 years in existence. 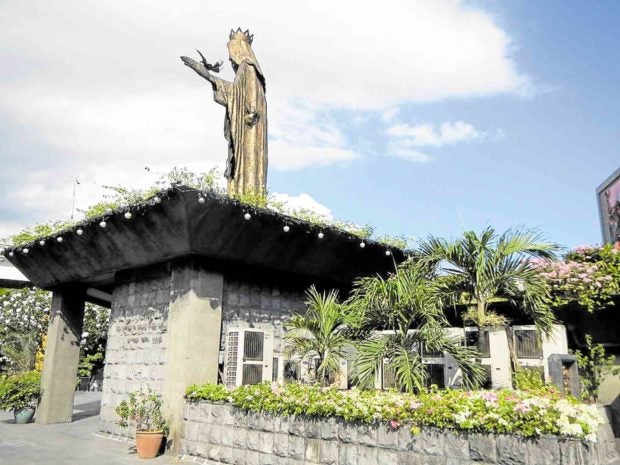 It became the site of modern independence

In the area where Robinsons Galleria now stands, the world witnessed a miracle in 1986. Through peaceful protests and community effort, the 20-year regime of then President Ferdinand Marcos was put to an end. Though the area has now been transformed into a commercial complex, this major event in Philippine history was commemorated through the creation of the Edsa Shrine in 1989.

Featuring cultural works from acclaimed artists such as Arch. Francisco Mañosa, Virginia Ty-Navarro, Napoleon Abueva and Manny Casal, the Edsa Shrine represents many ideals of the modern Filipino. After the establishment of Arch. Mañosa as a National Artist, the Edsa Shrine was designated as an Important Cultural Property (ICP) in 2019.

While considered significant for its modern representation of Filipino and tropical architecture, the shrine represents more than an architectural innovation. It represents our country’s liberation and unity in contemporary times. 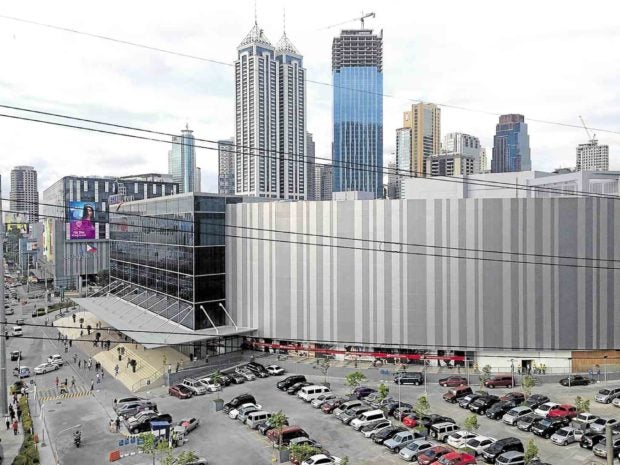 It paves the way for future Philippine progress

Even with its rich history, Ortigas Center remains an important part of Philippine’s growth as it ventures into the future. From a desolate piece of land, the area now hosts some of the most flourishing businesses in our country today. Major companies like San Miguel Corporation, Meralco, Jollibee Foods Corporation and Maersk have joined ADB in establishing their headquarters in the district. New infrastructure projects are also set to link the area to other business hubs in Metro Manila. These include the Bonifacio Global City-Ortigas Center Link Road Project, which aim to reduce the travel time between Taguig and Pasig to 12 minutes, and the new Metro Manila Subway system.

As it serves as the geographical midpoint of the northern and southern parts of Metro Manila, Ortigas Center remains a strategic site where many things can happen. With numerous buildings and infrastructure set to be constructed in the district, the area will continue to be a major force contributing to our country’s rise toward globalization. With its prime location and historical significant, Ortigas Center remains the heart of Metro Manila’s urban revolution. One can only anticipate what other significant event in our country will take place in this vibrant district in the years to come.