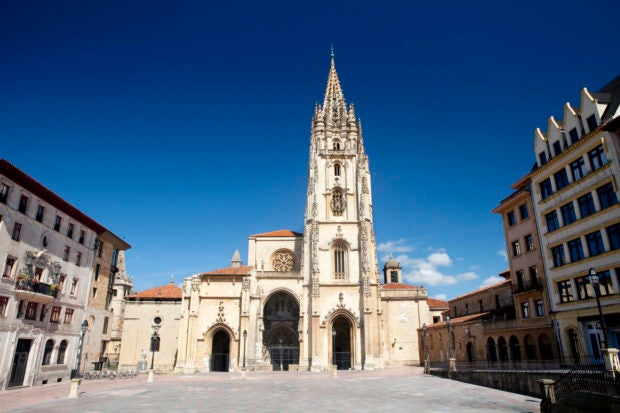 Rural and green travel is the new frontier for Spain’s tourism industry as it tries to break free from its dependence on mass seaside travel and fights off stiff competition from cheaper Mediterranean rivals.

Foreign visitors accounted for just 5% of all tourists who stayed at a rural home in the country in 2014.

Today they make up 20%, according to the tourism ministry, a share the government wants to rise to 35%.

“We must have done something right,” the ministry’s director for sustainable tourism, Ricardo Blanco, said at the five-day Fitur tourism trade fair in Madrid which wrapped up Sunday.

Spain, the world’s second-most visited country after France, hit a record of tourist arrivals for the seventh year in a row last year, with nearly 84 million foreign visitors.

But the big resorts which started out in the 1960s along the country’s southern coastline saw profits fall by 0.7% as sunseekers from northern Europe returned to less expensive destinations in Turkey, Tunisia and Egypt which they had shunned for years due to security concerns.

By contrast, foreign tourism grew by “almost double digits” in Spain’s green northern coast, and did well in the arid and underpopulated center which is home to medieval architecture, according to a recent report from tourism company lobby group Exceltur which wants to end a reliance on “sun and beach” tourism.

In the northern Asturias region, where a moist climate gives rise to a wealth of forests and rich vegetation, the government’s efforts have “started to bear fruit,” said the regional government’s deputy tourism minister Graciela Blanco.

The region, which has long been popular with Spaniards, welcomed a record 400,000 foreign visitors last year.

Asturias has benefited from renewed interest in the historical Camino de Santiago pilgrimage route which passes through the region.

And the local government has boosted the promotion of the region’s natural parks for hiking, cycling and eco-tourism in other European countries as well as Japan and South Korea, where there is strong interest in the pilgrimage route known in English as the “Saint James Way.”

The scenario is similar in the neighboring northwestern region of Galicia where the number of foreign tourists has nearly doubled over the past ten years.

The pilgrimage route ends in Santiago de Compostela, the capital of Galicia, and services catering to tourists have sprouted up in the region such as wine tours and horseback riding in a bid to attract the pilgrims.

Many pilgrims return to Galicia to go sightseeing and take part in these activities, said Carmen Fernandez, a spokeswoman for the region’s tourism board.

But interior regions “remain very hard to sell online” to tourists, said Cristina Brunet, who owns several bed and breakfasts in the northern city of Palencia in the Castilla-Leon region, one of Spain’s most depopulated areas.

Tourists looking for places to spend their holidays type the names of regions they already know into search engines, and the government does not take part in enough tourism fairs outside of Spain to promote the interior, she added.

“Everyone has heard of Marbella, Torremolinos and Benidorm but no one knows the rest of the country,” said Eduardo Gutierrez of public tourism innovation body Segittur, in a reference to three popular seaside resorts on Spain’s southern coast.

Rural residents who want to open a bed and breakfast or other tourism-related projects often lack internet connections and struggle to get loans, added Maria Teresa Lopez, president of the federation of rural women’s associations (Fademur). IB/JB