TOKYO – Asian shares were mostly higher Monday as investors awaited central bank decisions and earnings reports due out in coming weeks. U.S. stock markets will be closed in observance of the Martin Luther King Jr. holiday. 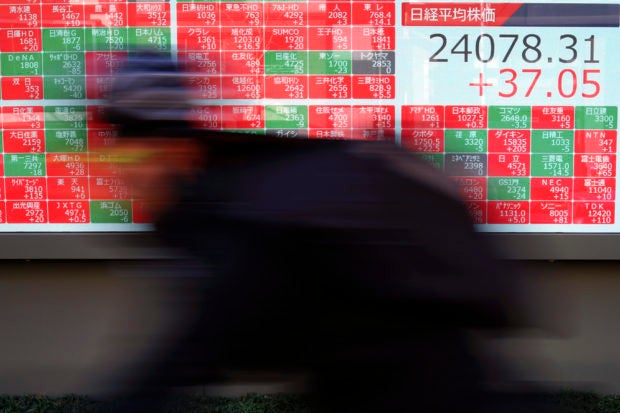 China’s central bank left its one-year loan prime rate unchanged at 4.15%, holding off on easing credit further as it uses other methods to pump up liquidity in the markets ahead of the Lunar New Year.

The rate, based on quotes from major banks, was made China’s benchmark in August. The People’s Bank of China can indirectly influence it through it’s own interest rate decisions, and “appears to have adopted a wait-and-see approach in response to the recent improvement in the economic data,” Julian Evans-Pritchard of Capital Economics said in a commentary.

However, “with growth likely to come under renewed pressure, we think the PBOC will resume its rate cuts before long,” he said.

Elsewhere, investors are looking to a statement from the Bank of Japan when its two-day policy meeting ends on Tuesday. The European central bank will make an interest rate decision later in the week. Markets are also watching for earnings reports expected in coming weeks by companies around the world.

Technology stocks powered much of the market’s broad gains, along with communication services companies and banks. Energy sector stocks were the only decliners. Bond prices fell, sending yields higher.

The latest batch of positive corporate earnings reports and economic data has helped keep investors in a buying mood after the midweek signing of an initial trade deal by the U.S. and China. Progress on trade has eased fears on Wall Street about the potential for the dispute to escalate further.

ENERGY: Benchmark crude oil rose 58 cents to $59.16 a barrel in electronic trading on the New York Mercantile Exchange. It gained 5 cents to $58.58 per barrel on Friday. Brent crude oil, the international standard, gained 73 cents to $66.58 a barrel.