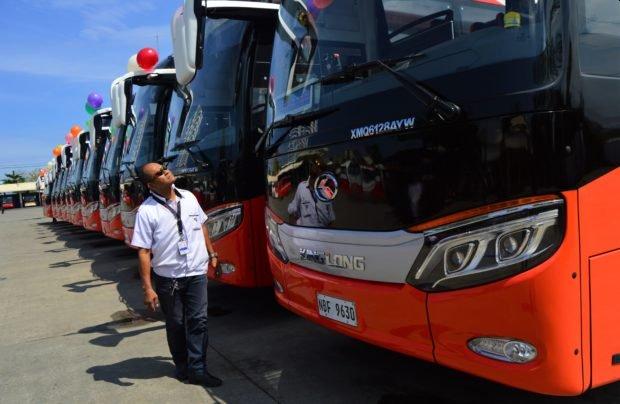 CAGAYAN DE ORO CITY, Misamis Oriental, Philippines – The top official of the country’s biggest bus company assured the riding public in Mindanao their services would not be affected by the owners’ family infighting.

“We are on the right track,” Leo Rey Yanson, president of the Yanson Group of Bus Company, told shareholders during the Mindanao Star annual stockholders’ meeting on Saturday at its corporate headquarters in Barangay Buluan here.

The Yanson Group of Bus Companies is the corporation whose subsidiaries include the Mindanao-based Rural Transit Mindanao Inc., Bachelor Express Inc., and Mindanao Star Bus Transport Inc., among others.

Yanson’s assurance came amid the legal issues currently facing the company when four of his siblings tried to take the firm’s leadership from him last year.

The struggle for control resulted in cases filed by the siblings against each other and created a faction among family members with Leo Rey on the side of the Yanson family matriarch Olivia and his sister Ginnette.

Those who opposed Leo Rey’s leadership in the company were his siblings Roy, Emily, Celina and Ricardo.

“You already knew what happened to our family, but whatever it is, I am happy because we got the support of the employees here in Mindanao,” Yanson said.

He assured employees the company would strive to improve their services further this year.

Yanson credited the success of the company to its loyal and competent employees, as well as to his mother.

“Mommy [Olivia] is the only reason why I am still here. Working for a bus company is one story; working for a family corporation is different,” he said.

According to a press statement, Mindanao Star’s board of directors reelected Yanson as president, with Olivia as corporate secretary and treasurer.

Also elected as members of the board were Ginnette Yanson-Dumancas, Charles Dumancas, Arvin John Villaruel and Rey Ardo.

The Yanson Group acquired the company which owned and operated Weena and PTC buses in Southern Mindanao from the Valdevieso family in 2015. They renamed the buses plying the Davao City to Cotabato City route the Mindanao Star.