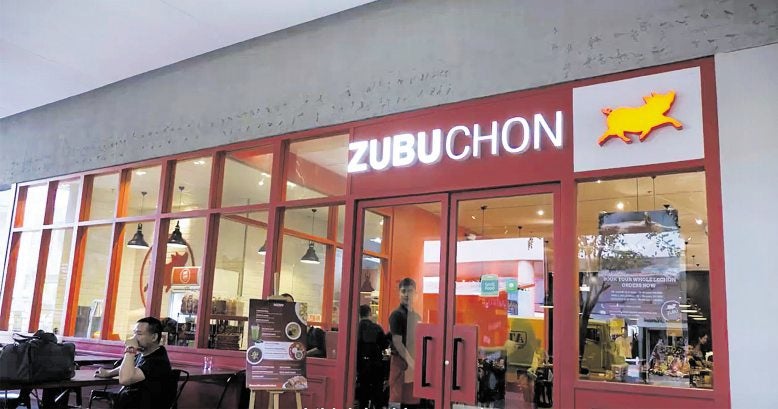 Zubuchon has successfully ventured out of Cebu through SM malls.

Big businesses may get all the attention but based on government statistics, the real backbone of the Philippine economy are almost a million enterprises ranging from micro to medium.

The Department of Trade and Industry (DTI), using statistics gathered by the Philippine Statistics Authority (PSA), says of the million or so businesses operating in the Philippines as of 2018, 998,342, or 99.52 percent are micro, small and medium enterprises (MSMEs).

Even more significant, these modest ventures generated 5.71 million jobs, or more than half, 63.19 percent, of the country’s total employment. And micro enterprises, the tiniest of these mini enterprises, accounted for the largest share of the employment generation, 28.86 percent, followed by small enterprises with 27.04 percent.

Large enterprises generated only a total of 3.33 million jobs, or 36.81 percent, of the country’s overall employment.

DTI adds, “In terms of value added, the MSME sector contributed 35.7 percent of the total with manufacturing contributing the largest share of 6.87 percent. Wholesale and retail trade and repair contributed 6.58 percent followed by financial intermediation with a share of 6 percent.”

Despite all this, MSMEs do not always have an easy time getting established. Financing remains a problem and, despite the growing numbers of government-authorized micro-lenders and financing institutions, many are still dependent on loan sharks who impose a 20 percent interest, thus known as 5/6 lenders. A P100 loan has to be repaid P120.

A problem that affects both MSMEs and consumers, however, is meeting the demand. Consumers are frustrated by the fact that they often are unable to get a steady supply of MSME products they like. Many MSME products are available only in trade fairs or tiangge.

While MSMEs can meet the demand, getting their products to consumers is usually not cost-effective because of the transport cost, unless the client orders in bulk.

A growing number of these modest businesses have found a base in SM Supermalls to make their products accessible and to expand their client bases. 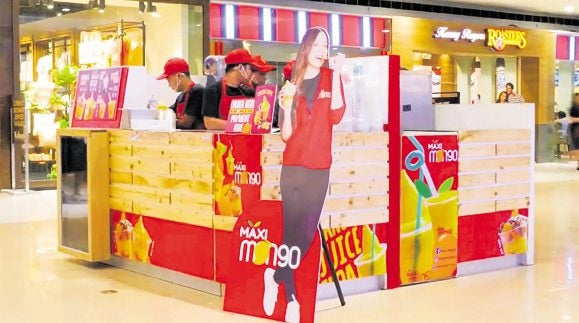 “SM encourages homegrown brands in the region to showcase their products. They provided us a platform for retail, even when we weren’t well-established. With their help, we were able to scale up immediately,” she says.

Quintana adds, “We had a return on investments (ROI) in only eight months.”

Her entrepreneurial feat has won her honors. Quintana is the first Filipino to win the Asia Pacific Women Entrepreneur Award from the Confederation of Asia Pacific Chambers of Commerce and Industry. She was also named Outstanding Citizen of Los Baños in 2017.

Marnie Alcantara, owner of home-grown perfume brand Prescripto, says he and his brother did the selling when they started. Not being businessmen, they did not know how to promote their product and did not have the money for marketing and advertising campaigns. Being at SM malls gives the brand the exposure and promotion it needs.

Husband and wife Miki and Ivan Velasquez, former overseas Filipino workers, say: “We launched our first Maxi Mango (a desserts store) pop-up with a lot of trepidation.” Partnering with SM, the business has grown. Miki says it is not just the growth of the business that makes them proud.

“A lot of pride comes from being able to provide jobs. When we started, we (employed) two people. Now we probably have around 40,” she says.

Joel Binamira, owner of lechon restaurant Zubuchon, has successfully ventured out of his native Cebu and introduced his product to a bigger clientele through SM malls.

By partnering with SM Supermalls, these MSMEs and thousands others like them have grown and broadened their clientele, able to meet demand for their products easily and quickly.

SM Supermalls, which also started as a modest enterprise, has fostered the growth of many local and successful MSMEs, giving them a solid base and national exposure.

“These MSMEs are considered the main drivers of the economy, which is why there is a need to support their journey. At SM, 70 percent of our tenants – more than 14,000 of them – are MSMEs,” says SM Supermalls chief operating officer Steven Tan.

SM’s support for MSMEs includes access to its Data Recovery Facility, or the Business Continuity Program (BCP), as part of its Disaster Risk Reduction (DRR) efforts. SM tenants have free data storage facility for their operational and insurance documents to make it easy to submit claims for insurance payment after a disaster so they can reopen their businesses.

For SM Supermalls, bringing the MSMEs’ new products and services to its clients helps achieve its own goal to revolutionize the country’s retail industry by enhancing the shopping and dining experiences of consumers. —CONTRIBUTED