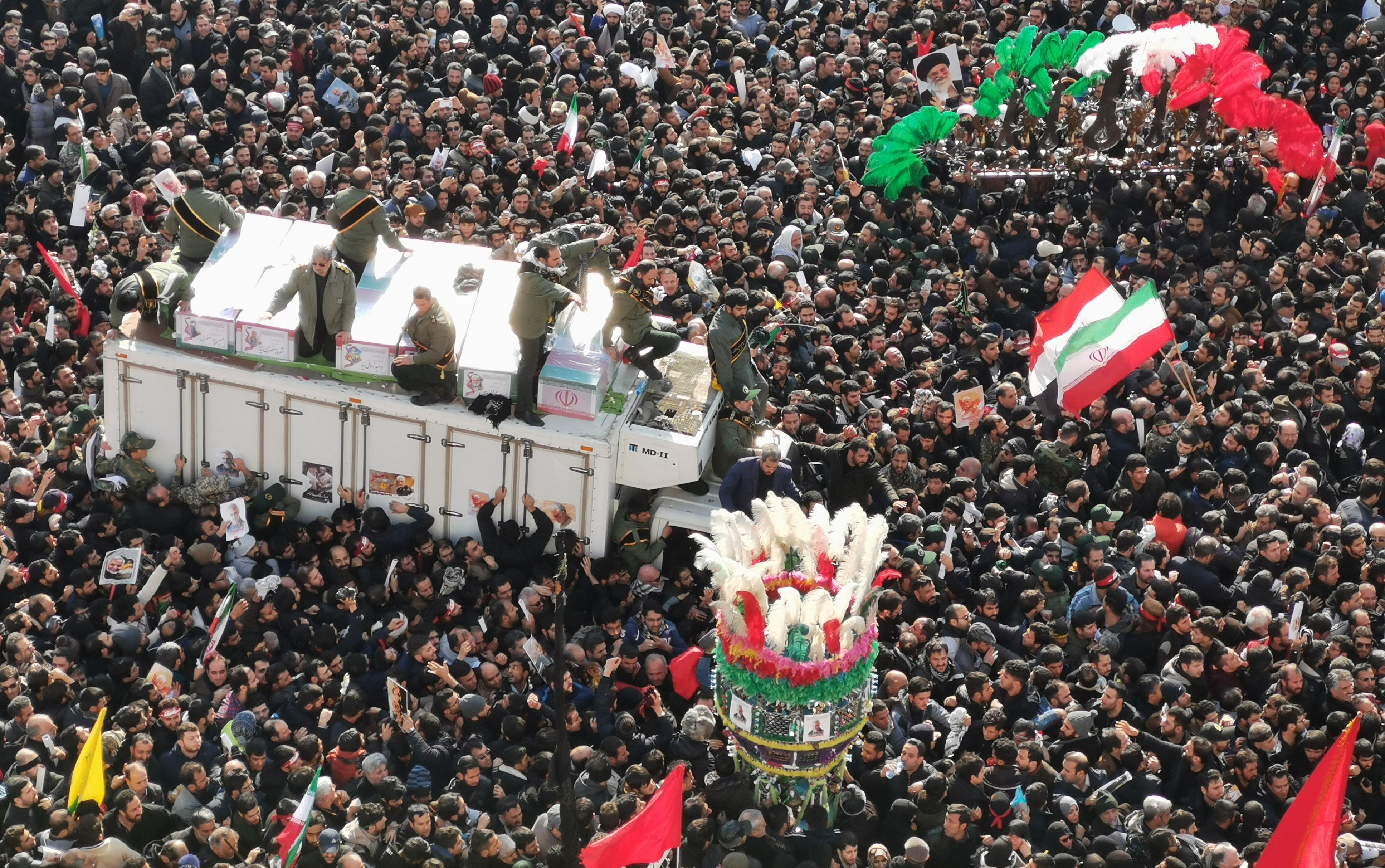 Mourners gather to pay homage to top Iranian military commander Qasem Soleimani, after he was killed in a US strike in Baghdad, in the capital Tehran on January 6, 2020. (Photo by Atta KENARE / AFP)

Rates for treasury bills (T-bills), except 91-day debt papers, jumped on Monday amid anticipation of higher inflation last December and rising tension between the US and Iran that could ignite increases in global oil prices.

At its first auction in 2020, the Bureau of the Treasury sold a total of P19.1 billion in T-bills out of P20-billion offered as the rate for the 364-day securities was capped, hence partially awarded.

The Treasury sold P6 billion in three-month IOUs at an average rate of 3.179 percent, down from 3.192 percent previously.

But for 182-day treasury bills fetched a higher rate of 3.435 percent from 3.348 percent previously. The Treasury nonetheless sold all P6 billion in six-month IOUs it offered.

One-year T-bills rates jumped to 3.624 percent from 3.475 percent previously. Since the rate was capped at 3.75 percent, P7.1 billion in bids were accepted out of the P8-billion offering.

Across the three tenors, or maturity periods, tenders totaled P26.8 billion, making the auction oversubscribed against the P20-billion offering.

National Treasurer Rosalia V. de Leon told reporters after the auction that the rates of the 182- and 364-day treasury bills rose because of increasing tension between the US and Iran after last week’s airstrike in Iraq that killed a top Iranian commander.

While global oil prices may go up, De Leon said the third tranche of excise increases under the Tax Reform for Acceleration and Inclusion (Train) Act at the start of 2020 also worried some investors, resulting in higher bid rates alongside expectations that inflation in December likely exceeded 2 percent.

“Altogether, the rates submitted by bidders during the auction were expected,” De Leon said.

She said that yields, while higher, remained “aligned to market rates and performance,” even as the Treasury will still “practice some restraint on higher yields we’ll accept.”

De Leon said there is no approval yet for global bond issuance, which the government usually launches at the start of each year.

As the US moves to the brink of war with Iran, the Philippines will have to assess investor appetite and determine if investors were on risk-off mode, which means adopting a wait-and-see attitude toward sale of dollar-denominated bonds.