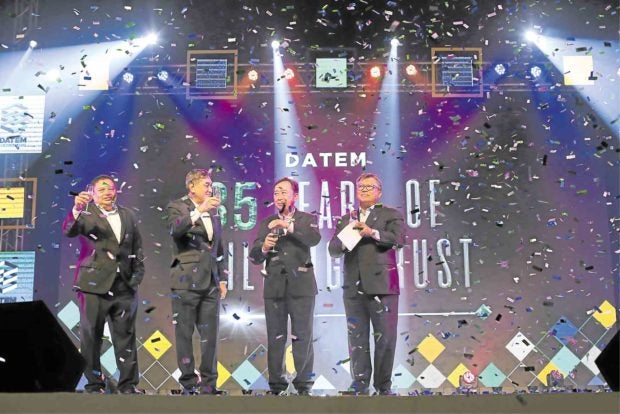 Its deep and profound understanding of the local real estate industry and the needs of the various markets it had to serve allowed it to rightfully cement its foothold in the Philippine construction industry.

With a solid, reliable track record for 35 years now, DATEM has successfully raised its profile as one of the leading construction firms in the Philippines. Attesting to its industry leadership are the many accolades it has gathered, most especially in the recent years. For instance, DATEM became a Quadruple A contractor accredited by the Philippine Contractors Accreditation Board in 2017. Last year, it received triple ISO certifications: Quality Management System (ISO 9001:2015), Environmental Management System (ISO 14001:2015) and Occupational Health and Safety System (ISO 18001:2007).

Staying true to your values

But it’s not simply all about garnering and collecting titles. For DATEM, every recognition coming its way is a clear testament as to how well it has stayed true to the values it has promised to espouse since its inception back in 1984 and how it has sought to be recognizable in the way it exceeds the expectations of its customers. Such a mindset is well ingrained in DATEM’s core identity, which speaks only of dedication, accountability, teamwork, excellence and malasakit. 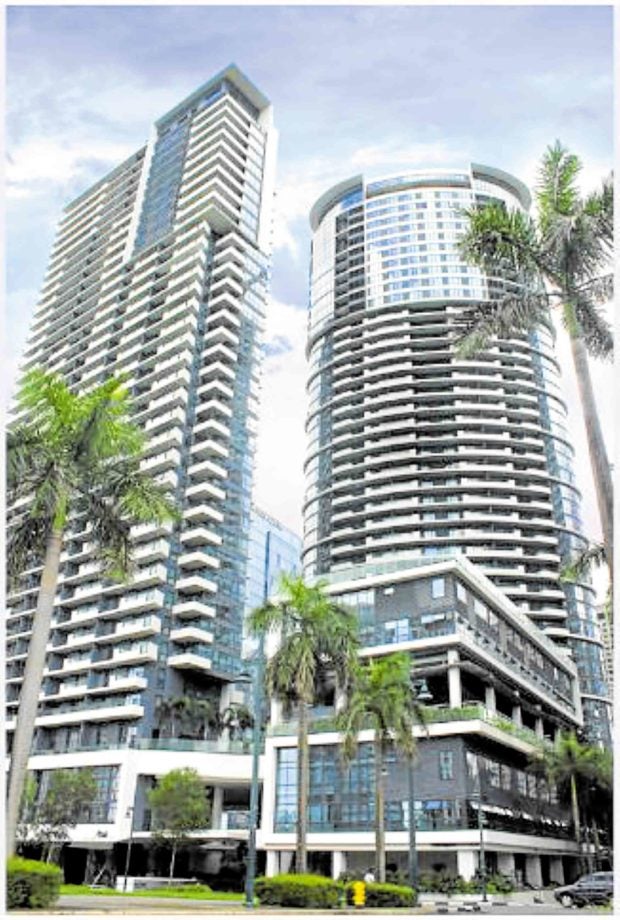 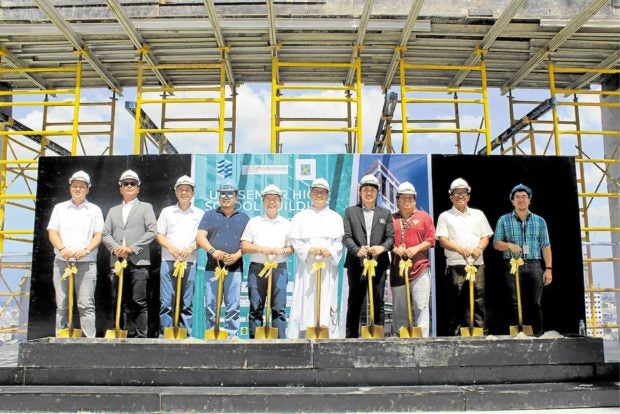 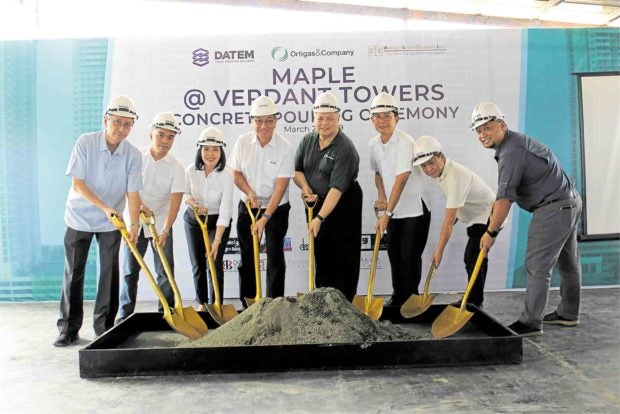 Dedication is all about its staunch commitment to its vision of being “the preferred partner in total value-engineered construction through innovation and technology.” It adheres to the highest principles and professional standards, and does all these with honesty and integrity. Accountability, meanwhile, is expressed in its readiness to accept and assume responsibility for its actions.

Teamwork is the company’s commitment to collaborate, co-create and cooperate at many different levels. This is so ingrained in DATEM that it proudly fosters a culture of ideation and creativity in the workplace, through which people are empowered to challenge even norms. DATEM further exhibits excellence through a constant drive to improve, not only in projects but also in products, processes and services.

The last value—which perhaps distinctly sets it apart from the rest in the industry— is DATEM’s malasakit. The word is the English term for concern.

This core value makes the company truly homegrown. Malasakit is, more deeply, a Filipino value that manifests in terms of one’s readiness or willingness to feel someone else’s passions or pain, to the extent even of foregoing one’s own comforts to be present for help and comfort.

DATEM aptly expresses this value in its sincere efforts to participate in the lives of people within and beyond the company. It rolls out programs for the betterment of peers and colleagues. Beyond that, it accepts its responsibility of being a steward of the environment and the nation. A few examples: DATEM rebuilt homes for Yolanda survivors; launched scholarship programs for its employees’ kids; initiated disaster-resilience campaigns; organized medical missions; has espoused and modeled green initiatives; and helped light up far-flung communities. 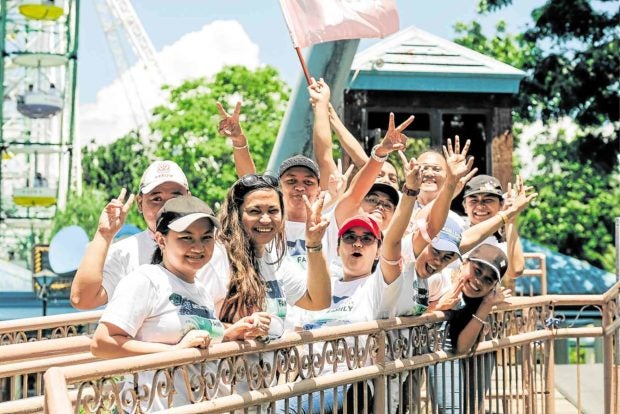 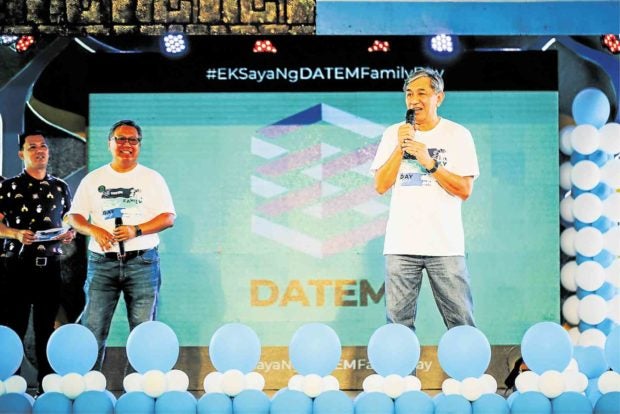 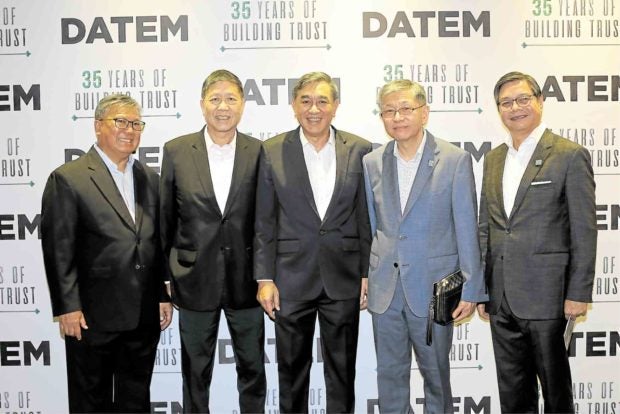 Indeed, DATEM has been ready to streamline, remodel and rethink for the purpose of effectiveness and efficiency. It has also been willing to help in transforming lives—not single-mindedly motivated by mere economic profit. All the components of its identity, the company has used to mold a corporate culture that pursues architectural and engineering advancements while promoting relationships with people. Its ethos has further helped DATEM build a footprint across industries.

Between 1989 and 1994, DATEM built landmark projects such as The Turf Club of the Manila Jockey Club in Cavite, and Royal Palm Hotel in Manila. In 1998, with Leighton Australia, it erected the Power Plant Mall of Rockwell Land in Makati. With Makati Development Corp., it redeveloped Greenbelt 2, 3 and 4 in 2000. Until 2006, its list of works included Market! Market!, Serendra Phases 1 and 2 and The Columns. 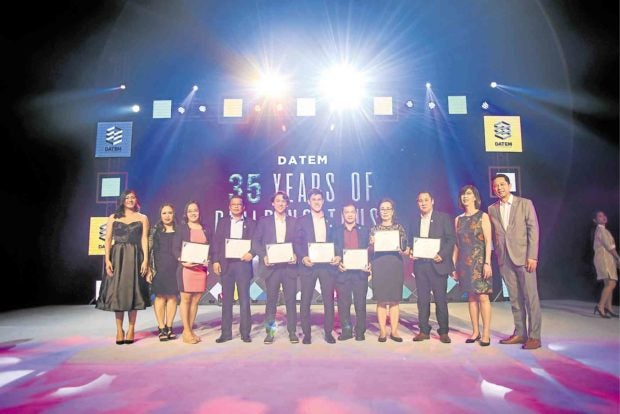 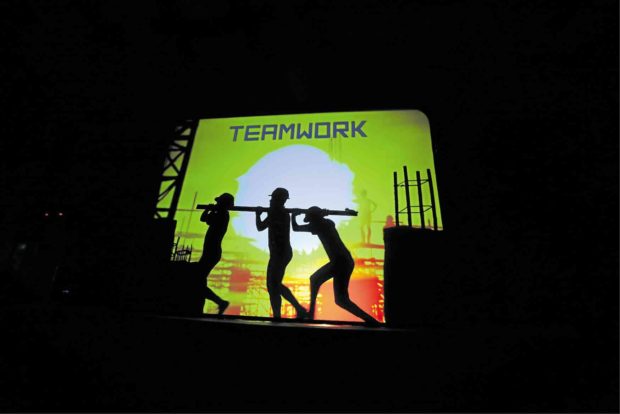 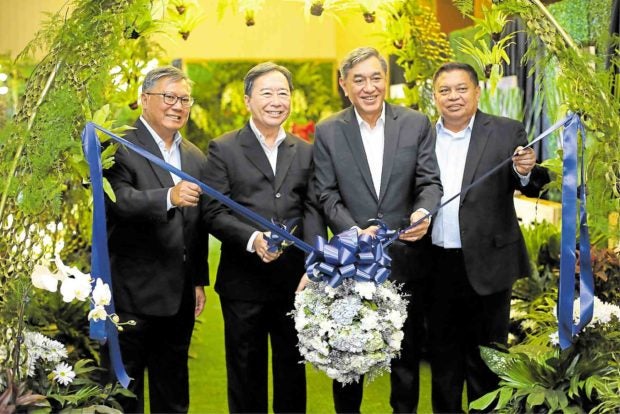 Since then, DATEM was able to attract a great number of clients, constructing residential developments, offices, hotels, commercial destinations, medical facilities, recreational landmarks, educational institutions, and even religious sites. In the process, it also became a pioneer at precast technology, and an authority in green innovation and sustainability in the local construction industry.

DATEM’s portfolio of projects now includes construction for residential projects like Monarch Parksuites, One Botanika Nature Residences Tower 1, the Alphaland Makati Place, Serendra and 13 other projects. In offices, it supported the Eton Centris Cyberpod 5, MDC 100, The Brilliance Center, the Menarco Tower and the Unilab Corporate Center Phases 1 and 2, among others. Other projects it constructed include Ascott BGC, Winford Manila, The Mind Museum, Venice Grand Canal Mall, St. Luke’s Medical Center-Global City, De La Salle University Rufino Campus, The Garden of the Divine Word Columbary and Chapel of the Magnificat at Marist School. 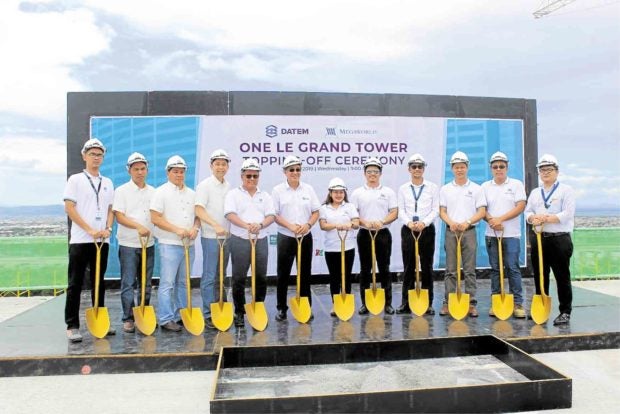 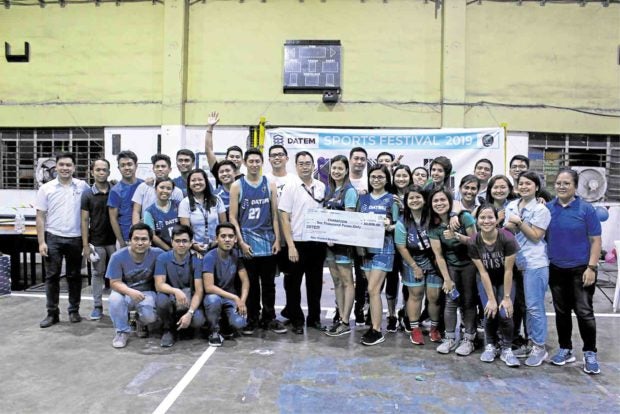 Ongoing projects are The Veranda at Arca South, University of Santo Tomas High School Building, Makati Office Tower and Alviera Reservoir, among others.

Today, DATEM is widely known in the real estate scene as “Your Trusted Builder.” It is not simply a slogan for the company, but more of a way of doing things. It is, in fact, now a leading general contractor whose consistency has earned it the confidence of the industry’s most esteemed players.

With a history that proves it has never departed from its core principles since Day 1, DATEM delivers a blazing promise of quality service, backed with testimonials from partners it has helped throughout the years. Each architectural masterpiece transcends the physical plane and becomes a testimony of the bonds the company has established over 35 years. All the structures that proudly stand today bearing the DATEM name prove the company’s enduring sense of purpose, readily demonstrated in the day-to-day operations with dedication, accountability, teamwork, excellence and, of course, malasakit.

Read Next
Treats for the Yuletide season
EDITORS' PICK
Palace: US Senate move also made Duterte junk VFA
Year of metal Rat: ‘Rooster’ Duterte warned of scandals
China expands lockdown against virus, fast-tracks hospital
‘A greener, cleaner tomorrow’: A how-to guide for Filipinos who want to help with today’s energy crisis
SM continues to send relief assistance to remote towns in Batangas
Get exciting deals and discounts when you download the new McDonald’s App
MOST READ
No time for revelry; Tagaytay instead plans for alert level 5
Palace: US Senate move also made Duterte junk VFA
Virus scare: 600 Chinese from Wuhan must leave PH by Jan. 27
Philippines orders 12 helicopters from Russia—Duterte
Don't miss out on the latest news and information.