S&P 500, Nasdaq at records as hopes build for a trade deal

The S&P 500 and Nasdaq closed at all-time highs Thursday on renewed optimism that the U.S. and China are close to reaching a deal in their costly trade war. 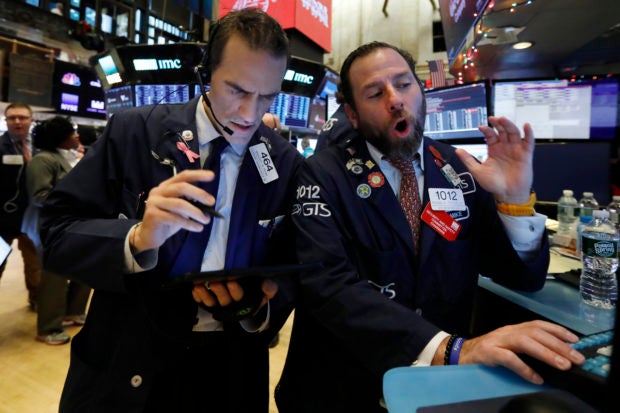 Financial, technology and health care stocks powered much of the rally, which gave the S&P 500 its second straight gain and erased its losses from earlier in the week.

The market has been quick to react to headlines and remarks out of the Trump administration about the 16-month trade war, and Thursday was no different.

Shares jumped in the early going after President Donald Trump said that the U.S. is getting close to a “big deal” with China.

Traders were also encouraged by a Wall Street Journal report saying Washington has offered to slash existing tariffs and cancel new ones set to kick in on Sunday in exchange for more agricultural purchases and intellectual property protection.

“If we do see the tariffs removed, that’s saying, ‘OK, China must be agreeing to things or we must be right there,'” said Ben Phillips, chief investment officer at EventShares. “That’s why the market is looking at tariffs as the bellwether to a trade deal.”

China’s Ministry of commerce said Thursday that its negotiators were in “close communication” with their American counterparts ahead of the new round of tariffs, but gave no indication whether the trade talks were making progress.

But late Thursday, Myron Brilliant, head of international affairs for the U.S.

Chamber of Commerce, confirmed that both sides were close to inking a modest trade deal that would suspend the new tariffs and reduce existing ones by an unspecified amount. In return, China would buy more U.S. farm products, increase American companies’ access to the Chinese market and tighten protection for intellectual property rights, said Brilliant, who has been briefed by both sides.

Uncertainty over trade has been the biggest wildcard for stocks this year. The longstanding conflict has hurt manufacturing around the world and caused U.S. businesses to hold back on making investments.

The saving grace for the economy has been a strong job market and consumer spending.

Speculation that the world’s two biggest economies could be close to reaching an interim “Phase 1” trade agreement spurred investors on Thursday to move money into technology, industrial and other stock sectors that tend to do well when the economy is growing.

“If we get a China trade deal, it’s probably going to catalyze another 12-plus months of growth in the U.S. and globally,” Phillips said.

Technology companies also made strong gains. The sector is one of the most sensitive to swings in trade because many of the companies rely on China for sales and supply chains. Cisco Systems climbed 3.1%.

Investors bid up shares in Delta Air Lines 2.9% after the most profitable U.S. carrier gave investors a surprisingly good profit and revenue forecast for 2020. The company said it expects sustained demand for air travel and stable prices for jet fuel.

Southwest Airlines gained 0.9% after it reached a deal with Boeing for compensation over the grounding of the 737 Max aircraft.

Traders hammered shares in Tailored Brands after the owner of Men’s Wearhouse issued quarterly forecasts below what analysts were expecting. The stock skidded 11.1% and is down 68.4% so far this year.

While investors continue to wait for an official word on a possible U.S.-China trade deal, they’ll get a look at new economic data Friday. The Commerce Department is due to report its November snapshot of retail sales. Economists expect retail sales rose last month. The measure gives more insight into consumer spending, which has been among the brighter spots in the economy helping to push growth.