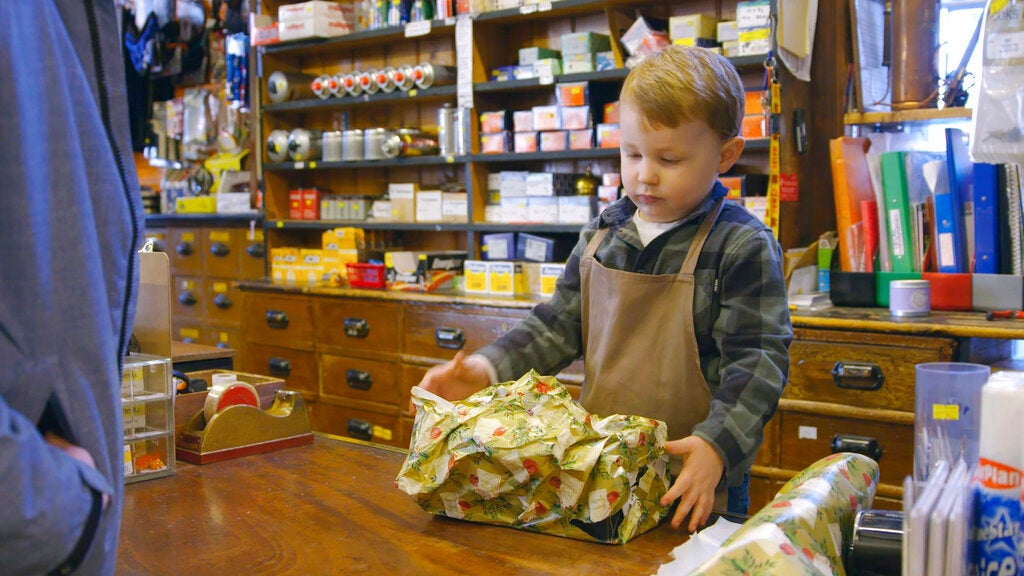 The advert features nearly three-year-old Arthur as he works in the shop, wraps presents and helps customers, at Hafod Hardware store in Rhayader, Wales, and so far has 1.3 million views worldwide since being posted Monday on YouTube. Image: Hafod Hardware via AP

LONDON — Little Arthur crawls out of bed in his red Marvel Comics pajamas, brushes his teeth and strolls outside after breakfast to his day job: helping out at the family hardware store in Rhayader, Wales. It’s Christmas and Arthur, nearly 3, has his work cut out for him wrapping presents, hanging ornaments and helping customers.

But the cute video with 1.3 million views on YouTube — and counting — comes with a larger message. Don’t forget the little guy.

“The small little family-owned businesses still exist out there,” said Arthur’s dad, Thomas Lewis Jones, 30. ”If you can afford to shop locally, do so. If you can’t. I hope you just enjoy the video.”

Big Christmas ads have become a tradition in Britain — an opportunity usually for much larger companies to pull out all the stops to woo holiday shoppers and stamp their brands firmly on the consumer brain. These are usually mini movies, similar to Super Bowl showstoppers in the United States, that feature warm and fuzzy characters like lovestruck penguins and mythical creatures who reveal the true meaning of Christmas.

Yet this simple, day in the life of Arthur promotional video has drawn attention to much larger problems of bricks and mortar U.K. retailers this Christmas, struggling as they do with issues ranging from the steady losses to internet retailers to a controversial local tax system whose reform is constantly discussed.

Despite initiatives, such as Small Business Saturday, stores really are facing challenges. They are often dwarfed by the bigger stores that can offer better prices and more selection. Many have a tough time getting through each year.

“What this video has done is throw into the spotlight the very real challenges that smaller firms throughout the U.K. are actually facing,” said Mike Cherry, the national chairman of the Federation of Small Businesses. “They are facing spiraling business rates, high rents and online competition, expensive town center parking and the loss of bank branches and ATMs. All of these issues make for a perfect storm that is putting many small businesses at risk.”

Jones, who runs Hafod Hardware, simply made Arthur his go-to star to promote the store. Arthur’s supporting cast is his grandfather, John, his great-grandfather Alan and his great-grandmother Pauline. The filmmaker, Josh Holdaway, is a family friend and has a cameo appearance. 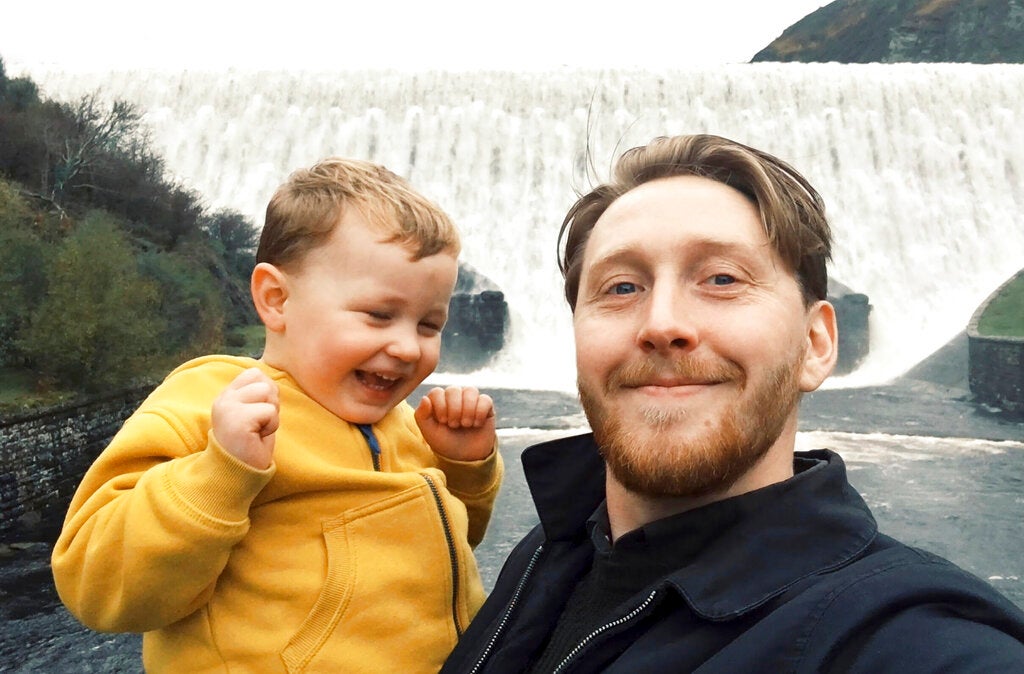 Thomas Lewis Jones and his son Arthur who feature in their own Christmas advert for Hafod Hardware store, which is being hailed Friday, Dec. 6, 2019, for the accolade of “Christmas ad of the year”. Image: Hafod Hardware via AP

Since being posted Monday, Jones’ phone has not stopped ringing. At the time he was speaking to The Associated Press on Friday, he noted with some degree of astonishment that the video was popular in Japan. It’s also big in Australia. And Morocco — and so on.

But for Jones, it was a movie for his neighbors, too.

“People have been coming in this morning saying congratulations… they’ve been bringing in bottles of champagne for us to say well done,” he told Britain’s Press Association. “The locals are incredible, they’re our bread and butter. We’re very lucky to have the community we have here in Rhayader.”

The ad ends with Arthur transforming into his father in the act of putting the Christmas tree on his shoulder. It urges everyone to “#Be a Kid this Christmas.”

“You get an experience when you go into a shop like ours,” Jones said. “You get personal service.” NVG

Christmas around the world

Christmas decor to get you in the mood