Christmas around the world 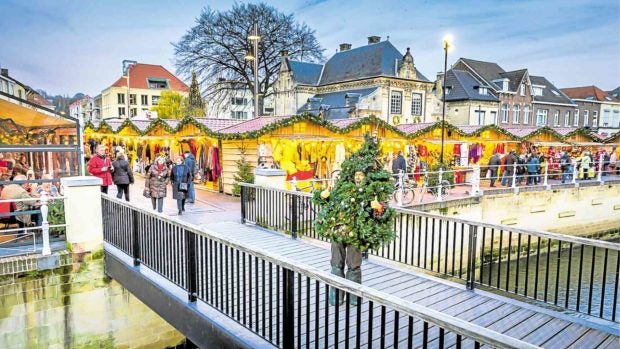 Christmas is perhaps the most joyous season that is simultaneously celebrated in almost all parts of the world.

The Philippines is said to have the longest observance of the Christmas season, which begins in September—the so-called start of the “ber months” —and extends up to the Feast of the Three Kings celebrated on the first Sunday of January.

Different cultures, however, have diverse ways of celebrating this festive holiday season —some austere and solemn, others brighter and more colorful. Most Filipino homes, for instance, would have the quintessential parol (the traditional lantern) that has long been an iconic symbol of Christmas in the Philippines.

Other countries have unique ways of celebrating the season: Christmas ships in Greece, the cobwebbed Christmas trees in Ukraine and paper baskets hung around homes in Norway. Here are some unique Christmas traditions and structures in different parts of the world.

Rothenburg ob der Tauber, one of the most attractive destinations in Germany, is also considered as this country’s Christmas capital. One reason is its unique Christmas Museum, which showcases more than 30,000 traditional German Christmas decorations. The museum is open all year round.

This exhibition explains how Christmas was once celebrated in Germany, and how certain customs developed in various regions of the country. 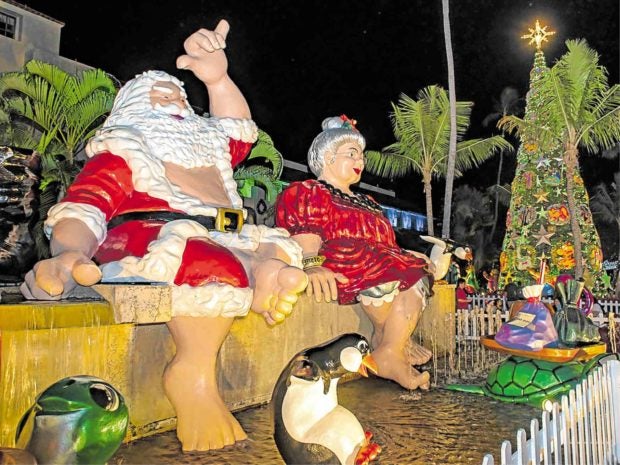 There are also insights into the craftsmen’s traditions that accompany the specific form of German Christmas decor— wood carvings and mouth-blown glass. The museum further features 150 historical Father Christmas figures, something particularly special and interesting for people of all ages.

For many museum visitors, going to the all year-round “Christmas-Village” store at Käthe Wohlfahrt is a fixed component of a visit to Rothenburg. This Christmas shopping paradise is located directly below the museum rooms, where over 12,000 items for the Christmas tree or a festively decorated table can be found.

The Rockefeller Center is known as one of New York City’s most iconic attractions. This art deco complex, composed of 19 grand buildings, is massive in size—stretching from Fifth to Sixth Avenues and from 48th to 51st Streets.

For over eight decades, the Christmas tree at Rockefeller Center and the holiday decorations adorning it have stood as a holiday beacon for New Yorkers and visitors alike. More than half a million people pass by the tree every day, making Rockefeller Center the epicenter of New York City’s holiday celebrations.

Each year, the Rockefeller Center receives tree submissions from families in hopes that their tree may bring joy in the holiday season. A Norway spruce that is in its later life cycle is usually selected and a young one is planted in its place. The legendary Christmas tree is then decorated with thousands of multi-colored LED lights and is topped with a star containing Swarovski crystals.

The 2019 tree will be lit for the first time on Dec. 4. Each year, thousands crowd the sidewalks for the event and millions watch the live broadcast. On Christmas Day, the lights shine for a full 24 hours. The tree will remain lit and on display through early 2020. Once the holidays end, the tree will be donated to Habitat for Humanity, where it is recycled and used as lumber in their building projects.

The city of Honolulu in Hawaii kicks off its month-long Christmas celebration called Honolulu City Lights with the lighting of its 50-foot Christmas tree and the display of wreaths, sculptures and the famed Shaka Santa and his wife, Mrs. Claus, also known as Tutu Mele. 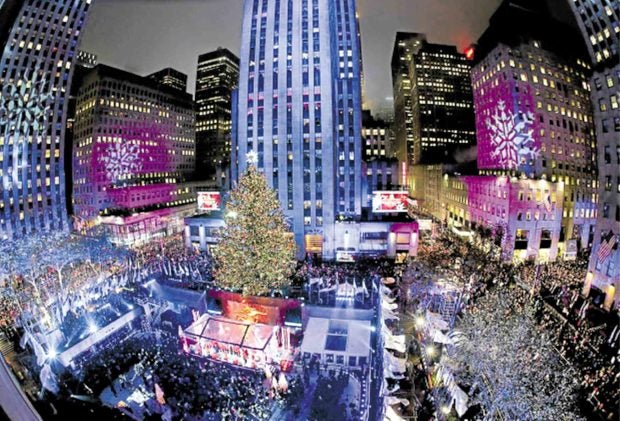 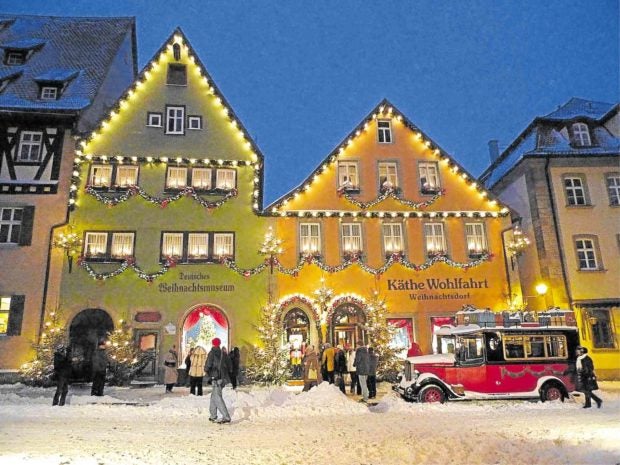 The 21-foot Shaka Santa and Tutu Mele sit barefoot by the fountain in front of Honolulu Hale, Honolulu’s city hall. Standing a few feet next to them is the Christmas tree first lighted in 1985. It was originally adorned with wooden white doves, gold balls and was illuminated by flood lights.

From the lighting of the Christmas tree, more elements were added to the display such as the “corridor of lights,” gnomes, bears and Rudolph the Red-Nosed Reindeer. In 1990, the electric light parade, where buses, fire, police and emergency vehicles are festooned with lights and festive decor, was introduced.

Found in the official hometown of Santa Claus, Rovaniemi, capital of Lapland in Finland, is the world-famous Christmas village where people can visit him in the Santa Claus Office all year round and watch his elves work.

Located in the Arctic Circle, the Santa Claus Village is home to several companies providing different accommodations and services to tourists, including reindeer rides and glass igloos and log cabins designed for viewing the Northern Lights.

When Eleanor Roosevelt visited the place in 1950 to witness its rebuilding process after the World War II destruction, Rovaniemi officials rushed to build a cabin eight kilometers north of the city. The cabin marked the birth of the Santa Claus Village.

At present, the village is one of the most popular Santa Claus destinations in world, with more than 500,000 visitors from around the world every year.

Christmas Town Valkenburg in the Netherlands

Starting mid-November to January, the small town of Valkenburg in the Netherlands transforms into “Kerststad Valkenburg,” a Christmas town. During this time, Christmas markets are held in the caves, and a Christmas parade roams throughout the town.

Apart from the subterranean markets, the town also offers several activities including joining a toboggan run and a culinary walking tour.

The Municipal Cave (Gemeentegrot) of Valkenburg is the largest underground Christmas market in Europe while the Velvet Cave (Fluweelengrot) stretch through the centuries-old corridors underneath the ruined castle of Valkenburg. 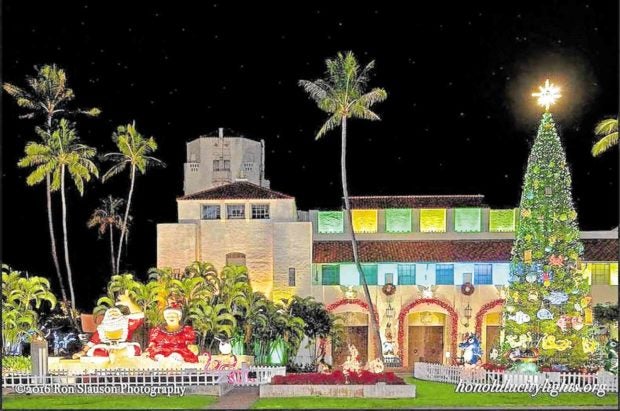 In December 2017, the Christmas town was awarded the “European City of Christmas 2018” in the category “municipalities up to 100,000 inhabitants” in Madrid.