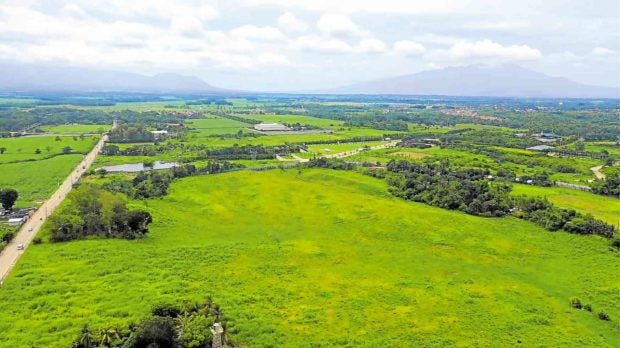 Bacolod is on the map—and this time, it’s not only for travel goals.

The city at the epicenter of the once vibrant sugar industry in Negros Island may have been known to many as a tourist destination offering history, culture, scenery, food and fun. But it is now ready to be more than a stop.

The economic growth potential, a burgeoning infrastructure sector, the availability of reasonably-priced land and market demand have made it worthy of a second look from home hunters. With a unique mix of urban progress and the laidback country charm, who’s to say people would not want to make a living and live in Bacolod? That question—that great prospect—has set real estate developers’ sights on the Visayan city, too.

The business sector has also boomed with business process outsourcing firms coming in. A young and skilled workforce is meeting the demand among industries. Crime rate is low, neighborhoods are peaceful and hospitable, traffic is manageable, food is always a delight.

In Bacolod, the cost of living is lower compared to Metro Manila and Cebu, while the ecotourism and historical destinations are just a couple of hours’ drive away. Furthermore, the city rarely suffers from calamities, natural or manmade.

Public infrastructure projects meanwhile are set to boost the economy further: the Bacolod Economic Highway, the expansion of Bacolod-Silay Airport, the Bacolod City South Bus Terminal, two coastal roads and a viaduct, among others.

An undeniable economic hub in Negros Island, Bacolod was earlier ranked by the National Competitiveness Council (NCC) as the 10th most competitive highly urbanized city in the Philippines based on four indicators: economic dynamism, government efficiency, infrastructure and resiliency.

MoneySense Magazine and social media channel The Conyo Times further claimed the City of Bacolod as the best place to live in the Philippines.

Given the host of advantages that Bacolod can offer, people are now seeing the place above and beyond a simple sojourn. For those looking to live outside Metro Manila, Bacolod makes a strong case as one of the best alternative addresses.

But, Rockwell Land sees an undercurrent that gives it a closer affinity to Bacolod than any other player: Its history has given the city a unique sense of opulence and sophistication— two strong points of the upscale developer. That distinction makes it easier for Rockwell Land to step into the city and, as its vision declares, create in it an admired community that is beyond ordinary.

This essential match is what compelled Rockwell Land to enter the real estate scene in Bacolod with aplomb. It wants to offer an option that matches the taste of the city and gives residents a long-overdue residence that ticks off all expectations. This entry comes as an P8-billion upscale development featuring eight mid-rise residential towers, a retail component and activity areas taking shape across a 10.9-hectare property.

Shared values generate a confidence on the side of both the developer and the potential buyer. Rockwell Land, which has always prided itself for its perceptive understanding of the individual, needs only to replicate the success it has accumulated staying true to its standard of elegance.

The potential buyer, meanwhile, can be rest assured that the company will deliver a bespoke residence that embraces people’s needs and individualities. Where the company built up projects, it has never faltered.

Today, buildings are rising all over Bacolod, a testament to the economic boom in the city. Many of the familiar developers have entered with condominiums, subdivisions and hotels.

But, none can claim to match the city’s inclination to the finer things in life more than Rockwell Land. Indeed, the city is ready to claim its place on the map. While it does just that, Rockwell Land heralds an option that champions the homegrown, unchanging desire for the exquisite, upscale lifestyle.