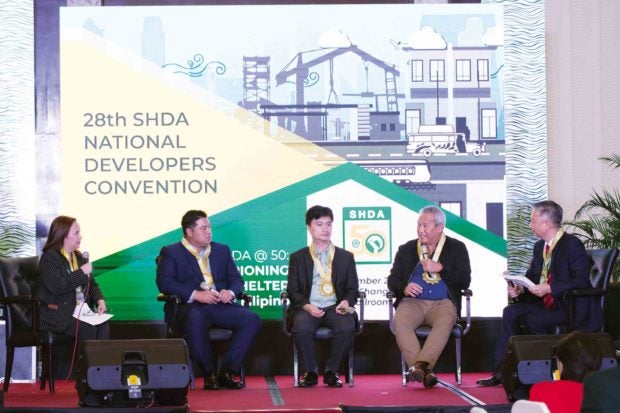 Apart from unifying subdivision and condominium developers across the nation to look after the good of the housing industry, SHDA has also intentionally built B10-2 linkages with various government agencies and instrumentalities.

That would spell trouble for the lives under the roofs of those buildings, and a volatile relationship between real estate companies that deliver them and the end-consumers that would understandably feel duped.

Thankfully, such is not the case for the Philippines. Guardians have stepped in to safeguard the industry so that it wouldn’t dismissively say “quality comes with a price” and shrug off shoddy work. These vanguards have galvanized real estate developers across the country to make sure they all achieved—not simply self-centered growth, but also nation building, accountability to consumers and a heart for the homeless.

It is indeed a good thing we have Chamber of Real Estate &amp; Builders’ Associations, Inc. (Creba), Subdivision and Housing Developers Association Inc. (SHDA), and the Organization of Socialized and Economic Housing Developers of the Philippines Inc (OSHDP) guarding the safety and interests of the nation. Without these organizations seeing to it that profit is balanced with quality work and social responsibility, many would may have perished under the rubble of failed construction, and the real estate industry may not have contributed to the nation’s growth in the way it significantly has.

SHDA has also been a powerful voice on issues of the Philippine housing industry.

SHDA is the Philippines’ major and leading organization of housing developers undertaking both horizontal and vertical projects. Its mission has been to unite subdivision and condominium developers across the nation to look after the good of the industry, and to ensure the highest standards of ethical conduct and professionalism among players.

SHDA goes back to the Subdivision Owners Association of the Philippines (SOAP), which was registered with the Securities and Exchange Commission back in 1970. That makes it a nearly 50-year-old association.

The former entity wanted to unite subdivision owners and developers to stimulate the real estate sector in ways aligned with public welfare. Post-Edsa Revolution, as President Corazon Aquino reorganized the National Shelter Program to address the needs of low- and middle-income Filipinos, SOAP renamed itself into SHDA.

After aligning with the agenda, SHDA was recognized for its central role in the first housing boom in the country between 1987 and 1992, during which 400,000 housing units were delivered and mortgage loans were taken out.

Still dedicated to providing quality housing nowadays, the association came up with the Philippine Housing Industry Plan 2012-2030 in cooperation with the Center for Research and Communication of the University of Asia and the Pacific. In the plan, SHDA said the housing backlog can peak at 12.5 million units in 2030.

To eliminate this dire forecast, the association has since committed itself to building more affordable homes with a special focus on socialized, economic and low-cost options. Complementing its efforts would be the comprehensive government housing subsidy, effective end-user financing and an improved housing regulatory environment.

SHDA sees the full support of the government as a necessary component of its success.

Thus, it has intentionally built linkages with various government agencies and instrumentalities. Initiatives include partnering with the National Statistics Office, the League of Municipalities, Department of the Interior and Local Government, and Bureau of Internal Revenue, among others. In legislature, it has attended hearings and meetings at both the Upper and Lower House.

SHDA also takes pride in its instrumental role in the passage of Republic Act 9485, also known as the Anti-Red Tape Law. To avoid misdoings from its side of the fence and in an effort to further its partnership with government, it recently became an accredited private sector arm of the government.

Through this move, it began to actively police members for their compliance with various regulations related to property development business.

SHDA has likewise converged with the other private sector institutions and organizations to forward their common thrusts on shelter and urban concerns, including regulations, policies, incentives and new technologies.

Creba started out in October 1973 as a union of Philippine business and trade associations in the real estate, housing and construction industry. The chamber was founded by real estate guru Manuel M. Serrano—a lawyer, law professor, foreign affairs officer, land and housing developer and agro-industrialist. He was then joined by industry bigwigs.

With consistent effort in nearly five decades, it is now an enormous umbrella organization of over 4,000 firms, associations and individuals engaged in development, building and construction, technical consultancy, marketing, supplies and other related services. It maintains about 40 chapters both in the country and overseas.

The organization’s size did not make Creba a snooty entity. If anything, it taught leaders and giants in the industry to imbibe a social conscience whenever entering development ventures. For Creba, there must be consciousness among developers that real estate transactions need to sustain public faith. Furthermore, self-interest must always be tempered by the general welfare. Such perspective enabled companies to see the importance of people in their works.

Expanding its people-centric philosophy into the arena of social equity, Creba specifically zeroed in on the concerns of the homeless. The chamber believes that poor and low-income Filipinos also deserve homes with aesthetics, functionality and durability, among others. 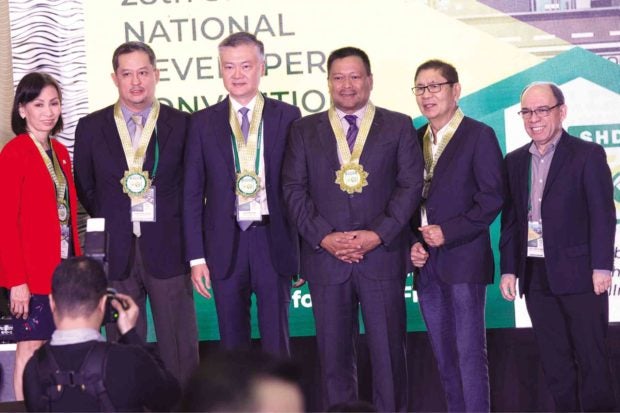 In line with this, Creba has encouraged members and other stakeholders to participate in solving the nation’s housing backlog that has now hit over 6.57 million units and grows annually by up to 300,000 units. Creba also fought on the side of affordable socialized housing and comprehensive home financing, equitable land access and elimination of inequitable taxes in the housing industry seeing all these as ultimately beneficial to Filipinos.

Creba has dedicated itself to the long-term vision: “A Home for Every Filipino: 10 Million Homes by 2040.” The statement sums up Creba’s 5-point Agenda for Housing, a well-studied lineup of policy and legislative reform proposals that would enable a housing production of 500,000 units per year over two decades, and alleviate the housing backlog once and for all.

Creba enjoys a solid track record that makes its commitment to the 2040 target more achievable than far-fetched to those who are no stranger to the real estate development industry. Since its inception, even through the martial law era, the chamber crusaded for the interests of the homeless poor.

It may also be credited for landmark housing laws and entities: Social Housing Act of 1982, Urban Development and Housing Act of 1990, Comprehensive and Integrated Shelter Finance Act of 1994, even the creation of the National Housing Authority in 1975 and the Pag-Ibig Fund in 1980.

Organization of Socialized and Economic Housing Developers of the Philippines

Also contributing to the efforts to meet housing needs on our shores is OSHDP. As a matter of fact, the projects of OSHDP members account for the majority of mass housing projects in the country.

At present, the group has over 130 regular members and over 40 affiliate members. It engages its members through various meetings, the regular release of the Shelter Post and updates relevant to the field, among others.

True to its name, OSHDP espouses socialized and economic housing. But, speaking of standards, it wants the residential projects to meet the standards of affordability, dignity and decency.

The dedication to affordable housing stems from a passionate understanding that options for low-income households can help the nation realize a vibrant, efficient, productive and responsive housing sector. Housing, in turn, contributes to the bigger political, social and economic life of the country.

Appreciating those facts, OSHDP found that the Filipinos’ grasp of housing has been limited largely because the body of data and technical studies has also been insufficient. To respond to this void, the organization has endeavored since 2015 to provide localized and scientific knowledge through the Center for Housing and Independent Research Synergies or CHAIRS.

OSHDP also helped evolve several policies in the Philippines. Among others, it has contributed to the regular, periodic price ceiling adjustments for socialized and economic housing packages; the active review of housing and subdivision design standards; and important amendments to the Urban Development and Housing Act, the Real Estate Service Act and National Land Use Act (NLUA).

Populated by industry experts and empowered by a culture of participation, OSHDP has lent its insights to several government agencies.

OSHDP played a major part in the crafting of the National Informal Settlements Upgrading Strategies as the only representative of the private developers. It works with the Climate Change Commission to champion green programs among its members.

Through ups and downs in the local housing industry, it has remained a steadfast partner of the government, particularly Pag-Ibig Fund, in building quality and affordable housing in the country.

The organization currently champions the 6-Point Private Sector Agenda that, among others, wants the enactment of a more balanced NLUA, housing assistance and incentive programs, streamlined procedures in the bureaucracy, green and resilient housing, and vertical developments for urban low-income earners.

Then and now, OSHDP has persistently advanced many of the essential issues of the day to seek for solutions that can benefit the mass housing industry and relative industries.