‘Black Friday’ becoming a shadow of its former self in US 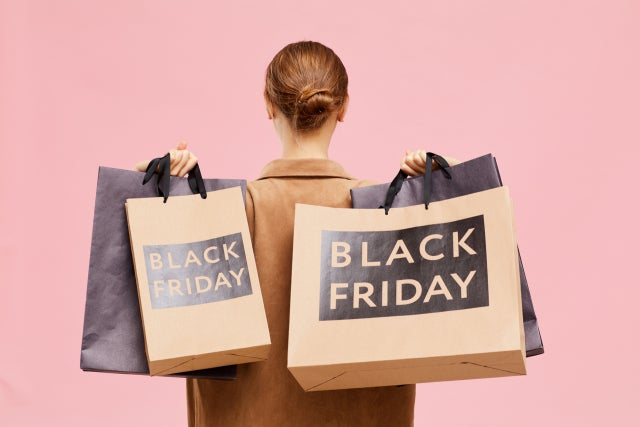 The “Black Friday”, a day during which stores offer highly promoted sales, has entered French consumption habits a few years ago, despite the growing issue of overconsumption. Image: mediaphotos / IStock.com

The U.S. holiday shopping season officially opened with a deluge of “Black Friday” promotions but the frenzied crowds of the past have thinned out with the rise of e-commerce.

Companies in the retail, entertainment and tourism industries once again tried to entice shoppers after Thanksgiving with a bevy of offers on a day synonymous with American consumer culture and notorious “doorbuster” sales that start at the crack of dawn.

But U.S. consumers aren’t buying Black Friday the way they once did.

Only 36% of U.S. consumers plan to shop this year on Black Friday, down one percent from last year and a decline of 23% from 2015, according to a PricewaterhouseCoopers survey.

“Just a few years ago, Black Friday had the aura of a FOMO (fear of missing out) event,” PWC said. “Now it seems more symbolic than significant in the pantheon of retail holidays.”

Black Friday will be followed in three days by “Cyber Monday,” a second highpoint of spending early in the season.

Friday’s sales have prompted copycat versions throughout Europe, an effort that has generated no small amount of friction.

This year’s events prompted protest in parts of France, Germany and the Netherlands that included environmentalist rallies outside Amazon distribution centers and human chains blocking malls.

There has been little sign of that sort of subversiveness in the United States. Rather, the bigger emerging challenge for Black Friday has been shifting consumer patterns.

The PWC survey said that for the first time in 2019 more consumers (54%) said they’ll do more of their shopping online than in stores.

Economists and retail industry insiders are broadly confident about the outlook for the 2019 season, owing to a strong labor market.

Consumer spending accounts for about 70% of US economic growth and has stayed strong throughout 2019 even as manufacturing has stagnated and business investment has been lackluster.

“Consumers are in good financial shape and willing to spend a little more on gifts for the special people in their lives this holiday season,” said Matthew Shay, Chief Executive of the National Retail Federation.

The NRF has projected that US consumers will spend an average of $1,048 this year, up about 4% they said they would spend last year.

But increasingly more of those sales are migrating online.

This trend includes Amazon of course, but also traditional brick-and-mortar chains like Walmart and Macy’s that have evolved into “multichannel” retailers, as well as companies and organizations hawking everything from pet food to hotel stays to political merchandise.

President Donald Trump’s “Make America Great Again” merchandise was being once again discounted on the U.S. president’s political website at 35% off.

Democratic presidential candidate Elizabeth Warren of Massachusetts was offering 25% off merchandise orders of $75 or more.

Due to the lateness of Thanksgiving, this year’s holiday shopping season is about six days shorter than last year, prompting more retailers to push up promotions even earlier in the season than usual, according to analysts.

Online consumer spending on Thanksgiving day came in this year at $4.2 billion, up 14.5% from a year ago and the first time above $4 billion, according to Adobe Analytics.

Jason Woosley, a vice president with Adobe, said preliminary data showed Black Friday was also on track to top its performance from last year by almost 19%, with promotions for sporting goods and appliances especially popular.

The data suggested the Thanksgiving day shopping spree hasn’t “stolen any traffic from Black Friday,” he said, adding that about 20% of the overall online sales for the season are expected between Thanksgiving and Cyber Monday. NVG