Suntrust offers a ray of hope 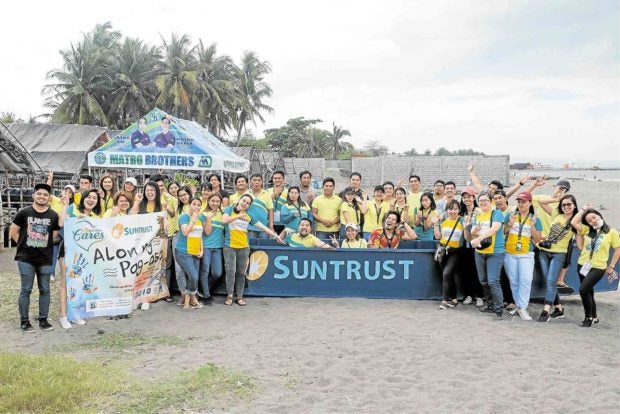 Overflowing with gratitude for 22 years of indisputable success in real estate, Suntrust Properties Inc. (SPI) turned to the needy and vulnerable to pay it forward.

Suntrust Properties conducted corporate social responsibility (CSR) programs far and wide when it sent employees in teams of eight—symbolizing the rays of the sun—to hospitals, foundations and depressed areas with the mission of spreading the priceless Yuletide gifts of hope and love.

The elderly were the stars for the San Francisco Lycans. The team visited 30 lolas in Bahay Ni Maria, a facility for seniors in Calamba, Laguna. The Lycans entertained the attendees with dance numbers, role-playing games, and a surprise birthday bash for a celebrator. Bahay received beddings, toiletries, medicines, food and kitchen supplies.

The Arcadia Pixies shared the love to young cancer patients at the National Children’s Hospital in Quezon City. They treated the kids and their guardians to grocery packs, intermissions, games, as well as magic and puppet shows. The team also brought in “PBB Otso” housemate Yen Quirante, a Suntrust condo unit owner herself. The hospital received electric fans.

Partnerships benefiting youngsters were also at the heart of Team Ecotown Phoenix’s programs. In Cavite, they went to Bahay Pag-asa in Dasmariñas, a home for children in conflict with the law. The team rehabilitated an old basketball court, and set up a room that would be used for sports and recreation. 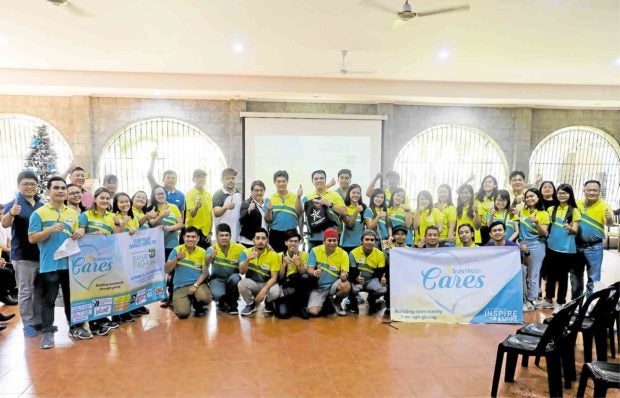 For the Suntrustees, success is more meaningful when it spreads hope and love. 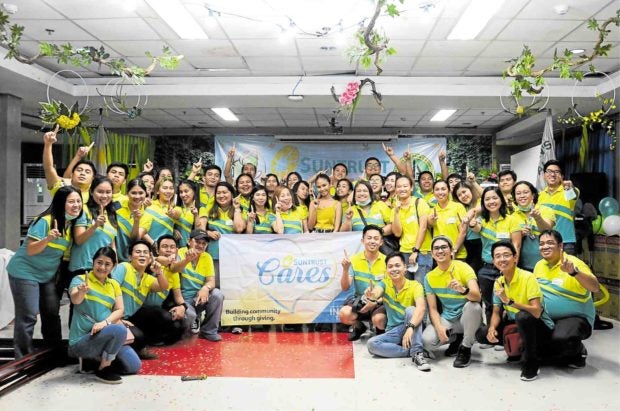 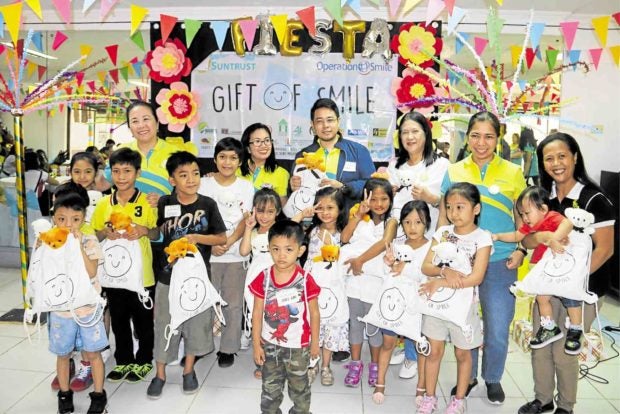 In Navotas, they partnered with Lakbay Sining Kabataang Pintor and the leaders of the city and host barangay to raise awareness of sustainability in the coastal context. Kids and teens are now part of a weekend art program. Modules, art and school supplies and a mobile classroom were provided by the team. The beneficiary community will further tackle strategies to clean up coastal areas and upcycle waste, among others.

Focusing, too, on the health of our seas and coasts, Eliana Adarna provided a surge of volunteers at a coastal cleanup. The team partnered with “volunTOURing” organization Alon ng Pag-asa to be part of the 250-strong group that picked up trash along the coastline of Capipisa in Tanza, Cavite.

Witnessing the poverty in the community, Eliana Adarna also provided groceries and gift bags to 150 households. Kids were treated to an arts tutorial and a feeding program; and took home school and art supplies. The Samahang Mangingisda ng Capipisa received a fiber-glass bangka and a cash donation to purchase fishing gears. Suntrust was the first private organization to hold an outreach program in the area.

Le Dominique Dragons organized a memorable picnic. With Children’s Joy Foundation (CJF), the team brought 25 youngsters to Cyberville, a Suntrust community in Cavite, for a pool party. CJF caters to youth who have been abandoned, neglected, homeless or exposed to violence.

Furthermore, the Suntrustees Properti donated a rice cooker and oven for the kitchen, and two Bachendorff violins and a ukulele for the music room. CJF received nine mattresses, four wall fans, kitchen and dining ware, toiletries, groceries and P50,000. 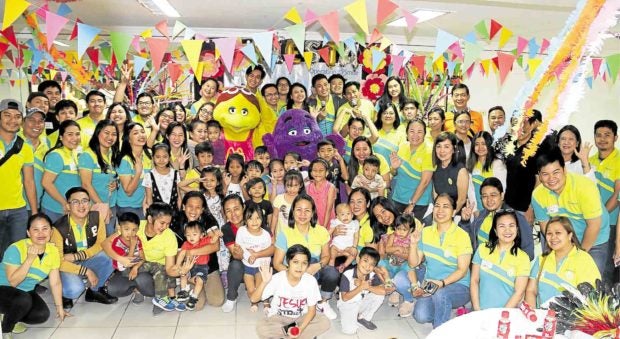 Suntrust Properties Inc. (SPI) turned to the underprivileged and vulnerable to pay it forward. 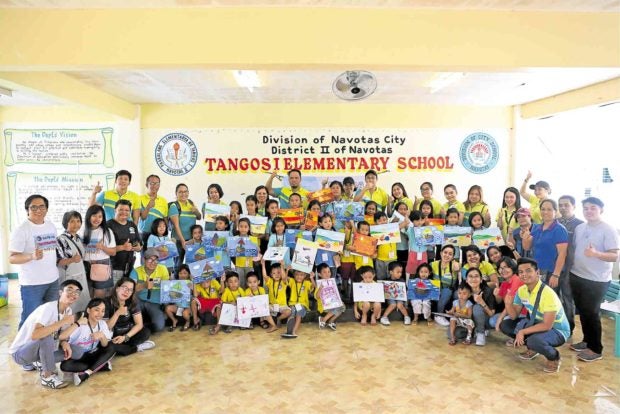 Through its CSR programs, Suntrust Properties shone light and shared warmth—like the sun—across communities in need. 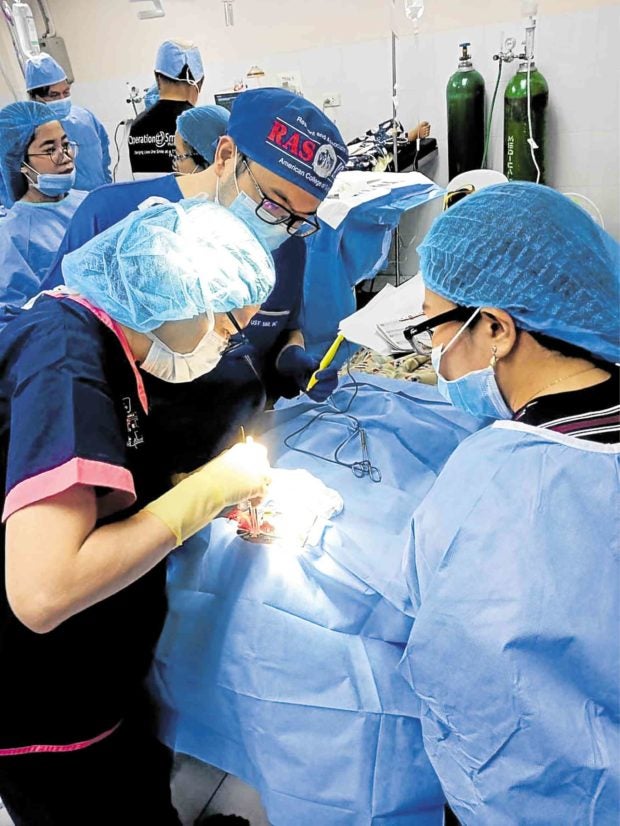 Bringing the message of goodwill to future neighbors of a soon-to-rise condominium residence, La Riviera Chimera mounted a “malasakit center.” Residents of Pinagbuhatan in Pasig City received medical and dental checkups, legal counseling and consultation, a livelihood seminar, and an arts and crafts workshop—all for free. The team also paid tribute to Mother Nature with Bigas sa Basura, where every kilo of recyclable items was exchanged for a kilo of rice. Joining the effort was Victory Christian Fellowship, as well as unit owners of Suntrust Shanata, nurses and doctors, lawyers and Suntrust contractors.

Music was the genesis for Siena Hills Griffins’ CSR series. The team organized a benefit concert that raised funds for a host of other activities spread into a two-day engagement.

The concert’s earnings went to 100 families in San Nicolas community in Escolta, 300 street kids and 22 young cancer patients, among others, in an initiative undertaken with Gospel Church of Manila.

On Day 1, the team hosted a feeding program and distribution of groceries and rice to families in Escolta. Suntrust contractors also held a mini job fair, where they hired construction workers. Day 2 was a Contractors’ Appreciation Day and the awarding for the chosen beneficiaries of a Tesda program and financial aid for cancer patients. 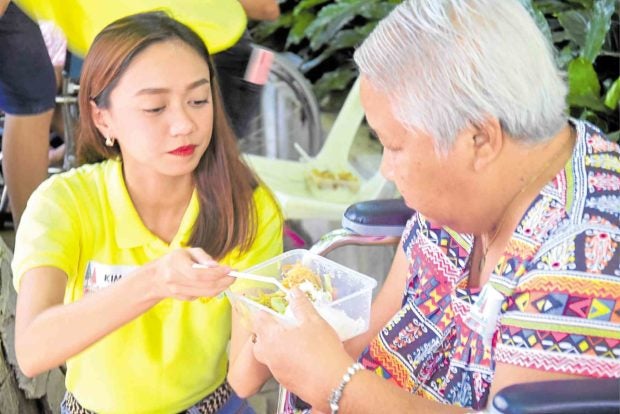 The Suntrustees visited 30 lolas in Bahay Ni Maria, a facility for seniors in Calamba, Laguna. 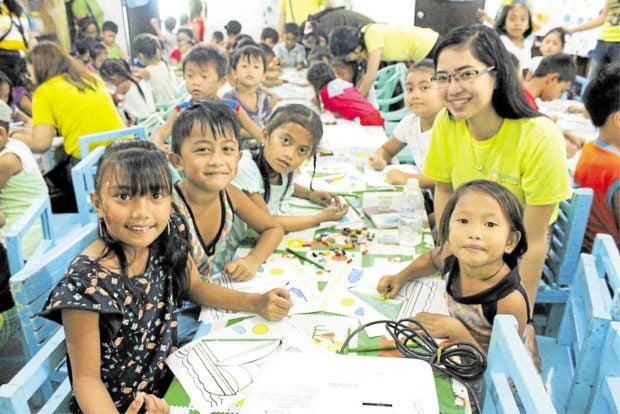 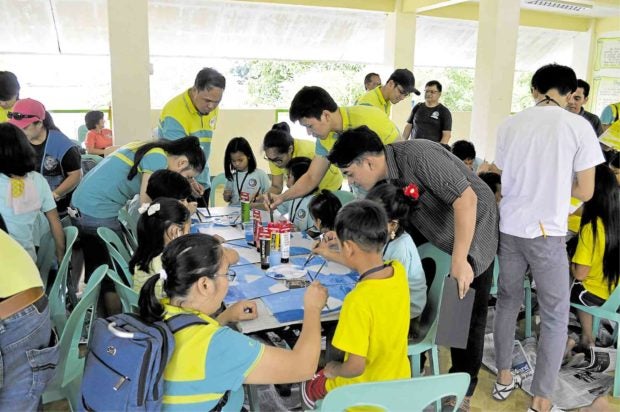 Seascape Hydra zeroed in on providing confident smiles for kids in its CSR program.

The team gathered the company’s business partners, sales managers and contractors to join it in a partnership with Operation Smile (Op Smile), which provides free and safe surgery for individuals born with cleft lip and cleft palate. In linking with Op Smile, Suntrust Properties furthers a cause that has helped thousands of kids fight bullying and discrimination; improve their physical features, food intake and speech; and get a better chance at life. Beneficiaries, who began undergoing their surgeries on Nov. 8, received a fun sendoff party. The team even composed a song that will now be Operation Smile’s official jingle.

Success is more meaningful when it spreads hope and love. With its CSR programs, Suntrust Properties shone light and shared warmth—like the sun—across communities in need. In 22 years constantly encouraging Filipinos to “Inspire to Aspire,” Suntrust Properties, through its various CSR missions this year, made its employees ambassadors of the brand and, ultimately, heroes of Christmas time.