Putting money where the chat is 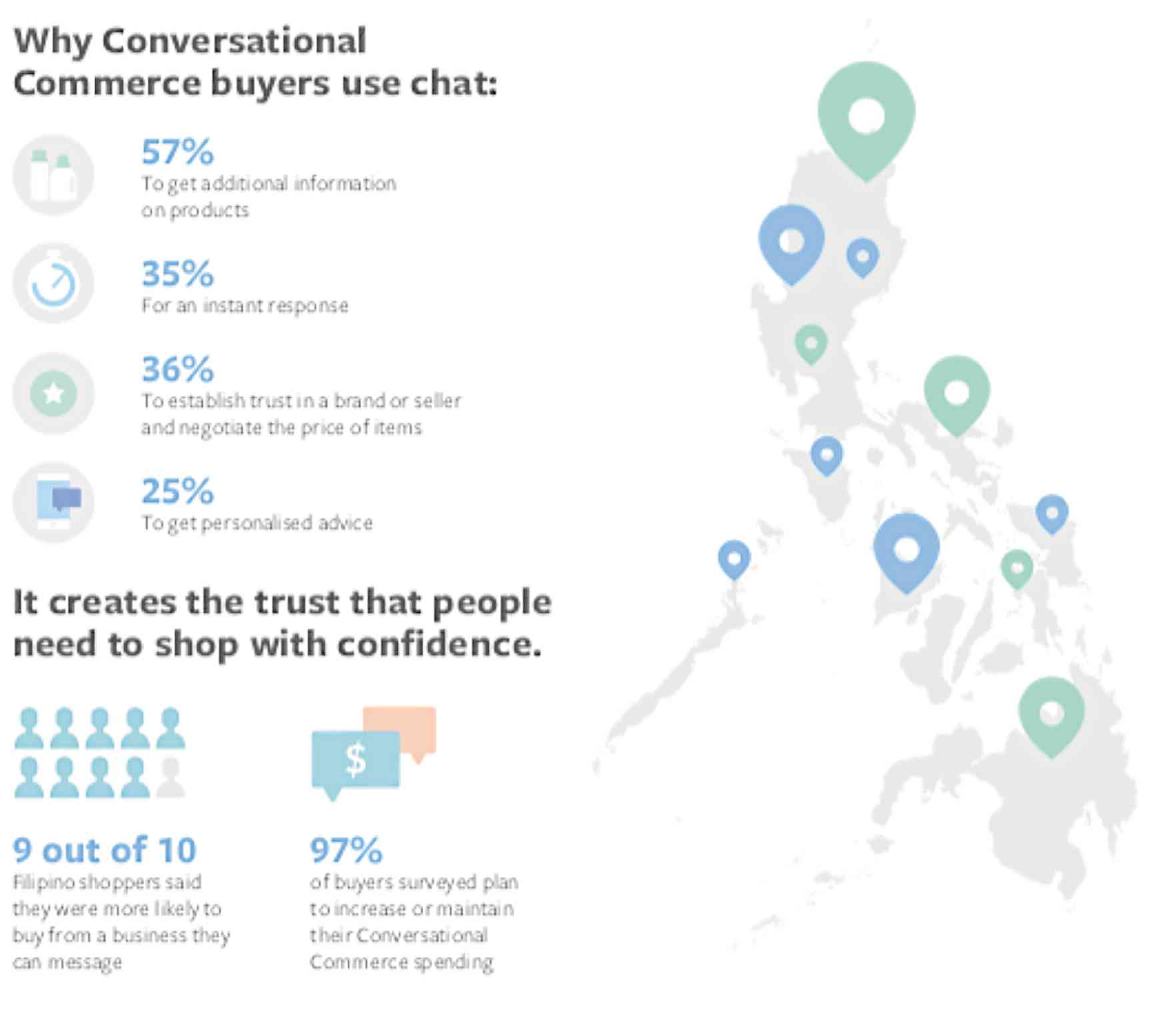 As messaging applications diversify into e-commerce platforms, a recent study has found that more Filipinos are patronizing “conversational commerce”, with the majority saying they will most likely buy from a brand they can chat with online.

According to Conversational Commerce—the next gen of E-com, a Facebook-commissioned study by global management consulting company Boston Consulting Group (BCG), 97 percent of those  surveyed in the Philippines said they planned to maintain or increase their conversational commerce spending in the future.

The study surveyed 8,864 people across nine countries, and conducted qualitative interviews with over 100 people who had either bought from a business in the past three months using messaging apps or sold to a customer through chat during the same time period.

The study was conducted between May and August 2019, with 841 respondents from the Philippines. The shoppers surveyed were between 18 and 64 years old, from Metro Manila and provinces. Nearly half of the Filipino respondents engaged in conversational commerce were women.

Results revealed that among Filipinos, 75 percent said they knew they can place orders or buy through chat; 44 percent said they had engaged in an online chat with a brand or seller while shopping; and 23 percent had made a purchase through conversational commerce.

The research also found that conversation was influencing new online shoppers in the country: 42 percent of those surveyed said that they first experienced online shopping through conversational commerce.

And, apparently it doesn’t even matter to consumers if they’re chatting with a real person or not, as 55 percent of Filipino respondents said they were comfortable chatting with a bot for a transaction.

“People expect to have relationships with businesses that drive utility and value for them, and respect their time. Across the Philippines, we’re seeing people adopt conversational commerce because it combines the best of both worlds—the conversation they could have in a physical store with the ease of shopping on e-commerce retail channels,” says John Rubio, country director, Facebook Philippines.

Such behavior, says Anthony Oundjian, managing director and senior partner leading BCG’s telecommunications, media and technology practice in Southeast Asia, presents brands and businesses with the opportunity to identify the strategic role that messaging can play in their consumers’ journey—from discovery and consideration, to order fulfillment, tracking and care.

“Conversational commerce is very interesting because it crosses ecosystems,” Oundjian says. “Seeing an ad on a social platform may prompt someone to initiate a chat with a retailer using a messaging app and then complete payment by pulling the retailer’s site into their chat thread.”